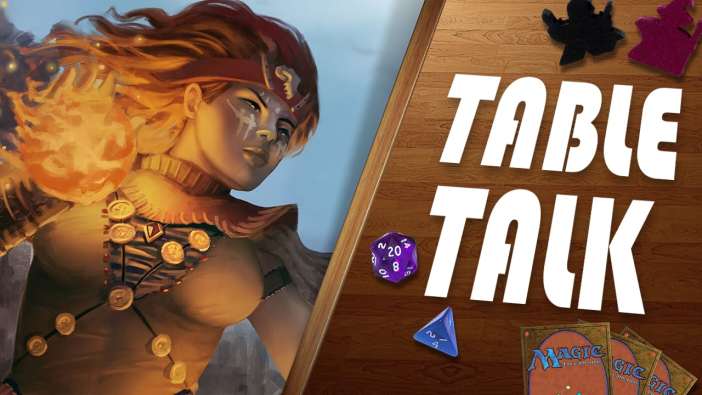 Most collectible card games are about building up an engine. Whether it’s playing one land per turn in Magic: The Gathering or the mana crystals that build up each turn in the digital CCG Hearthstone, power is accumulated so that players are typically capable of much more powerful actions late in the game than they were at the beginning.

Haunted Castle Gaming’s Genesis: Battle of Champions takes the opposite approach. The game gives players access to their deck’s most powerful effects from the very first turn at the cost of spending resources that cannot be recovered. The dilemma then is how aggressive to be and how much to hold back.

The two- to four-player game combines elements of the Commander format of Magic: The Gathering, lane-based digital CCG, and tactical miniatures games. Each player has a champion card, which has their own powerful special abilities it can use to affect other cards in play or your opponent. Champions have different starting health totals, which can be reduced by being attacked by other champions, summoned creature cards, and spells. When it hits zero, the player controlling that champion loses.

Like in Commander, the Champion card also restricts the colors of the cards you can play, with each one representing a different affiliation in the game’s world. For instance, Malik is the chief of a tribe that worships the harsh land where they live, and he also draws power from a demon skull. That flavor, which is communicated through on-card text and plenty of extra information on the Genesis: Battle of Champions website, is why he lets you play cards associated with both nature and chaos. 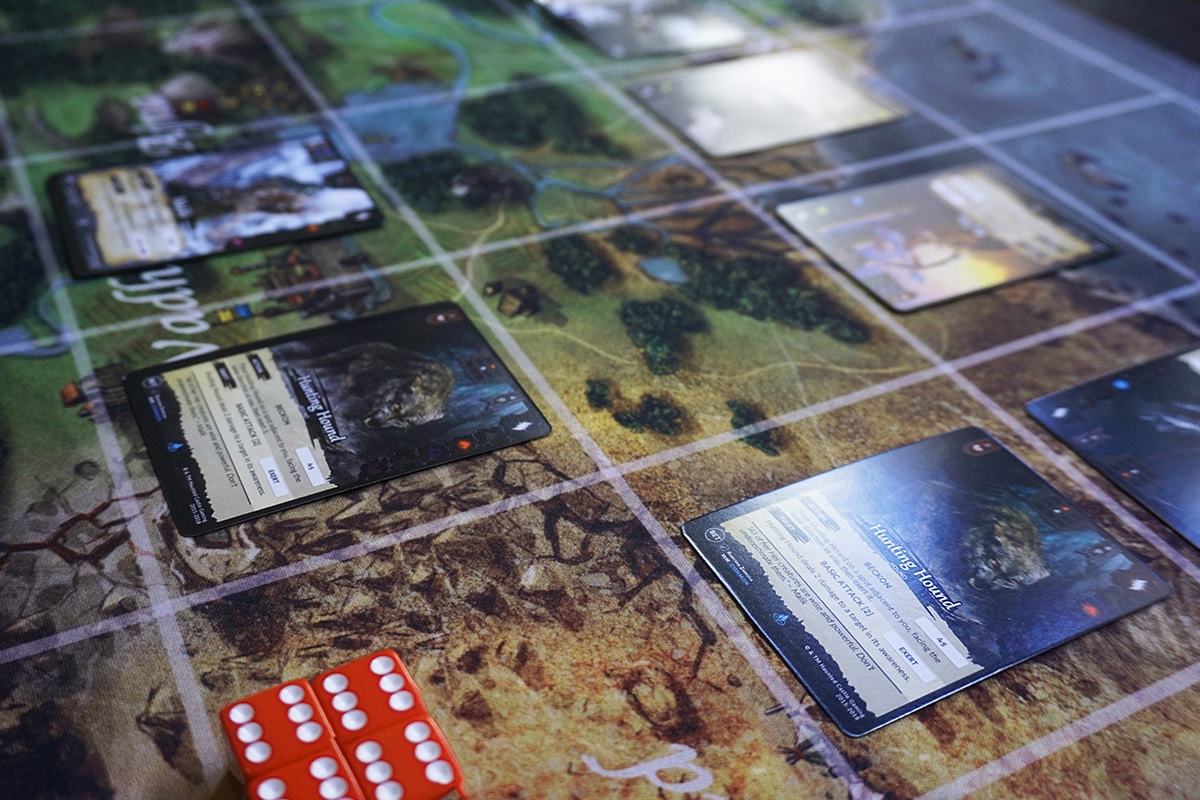 Your main deck is called a timeline. However, your choice of champions also determines your aura, a deck representing the total amount of resources that can be spent during the game to use cards from your timeline. Every non-champion card has a chi cost, with more powerful cards having higher costs. Each player’s timeline must have 50 cards worth a total of 250 chi points, meaning you can’t just play a deck filled with the most powerful effects in the game and then play them all as soon as possible.

It’s a clever way to make the system of starting with access to all your resources work and builds in an inherent fairness to deck design that could help mitigate the gaps in deck quality based on who spends more on the hobby. The chi cost also represents the value of aura cards that must be spent to use the card, meaning every powerful card you play reduces your ability to make similar big moves later in the game.

Genesis: Battle of Champions requires a mat to play since the positioning of cards is extremely important. Each champion has a different awareness, a sort of aura around their card showing where they can attack and where timeline cards can be played. I played Malik in a game on the show floor at EGLX, facing the archer Ra’Ha who had a much better awareness given she was shooting me with a bow and I wanted to punch her.

Champions start at the back of the mat, and players tactically decide when to move them as they build up summoned forces to protect them and even play terrain cards that stick around the map. My favorite combo built into my deck stemmed on my placing a pit near some of my opponent’s summoned monsters and then using a spell to have Malik chuck them into it and damage them. Like the champions, each summoned creature has their own health, but when theirs are reduced to zero they’re just removed from the board. 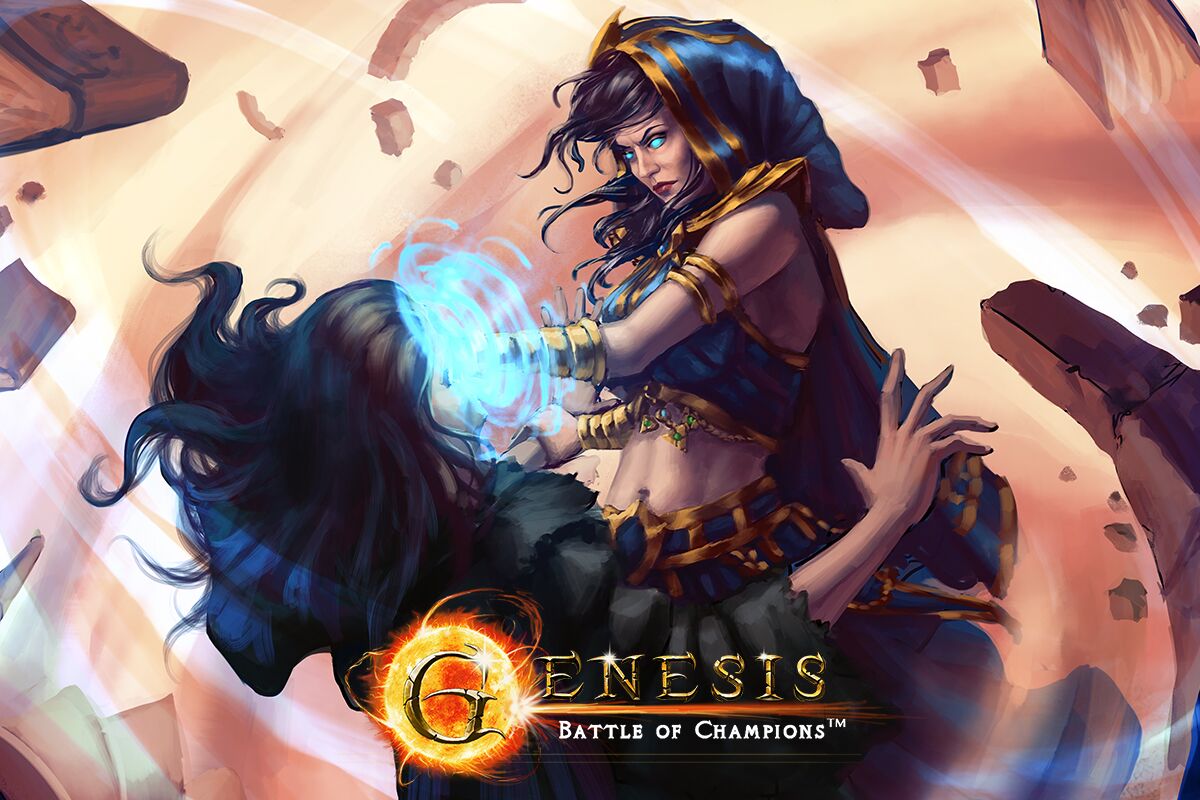 Champions have abilities that cost them energy, which takes the form of discarding cards off the top of your timeline. If you run out of cards, you lose the game. It’s yet another way of making sure that players are forced to conserve resources and that the later the game goes the fewer options they’re likely to have.

That means that play goes pretty quickly. The playtime is estimated at 30-to-60 minutes, and even with my having to learn the rules, my demo only took about 30. Unlike in many CCGs, there’s no incentive for some players to try to slow the game down so they can build up resources to do something devastating. You can tactically build up your forces and favorable terrain for a few turns, but eventually the other player is going to move in to go on the offensive and you have to be ready to fight back hard.

Anyone looking to try a new CCG should give Genesis: Battle of Champions a look. While the game’s small team means it’s unlikely to become a new genre staple, its novel twists make it stand out among a host of games that are just using minor variations on the standard game mechanics with some new flavor. The resource management and champion components innovate deckbuilding and game flow in a way that gives Genesis a very distinct and memorable identity.