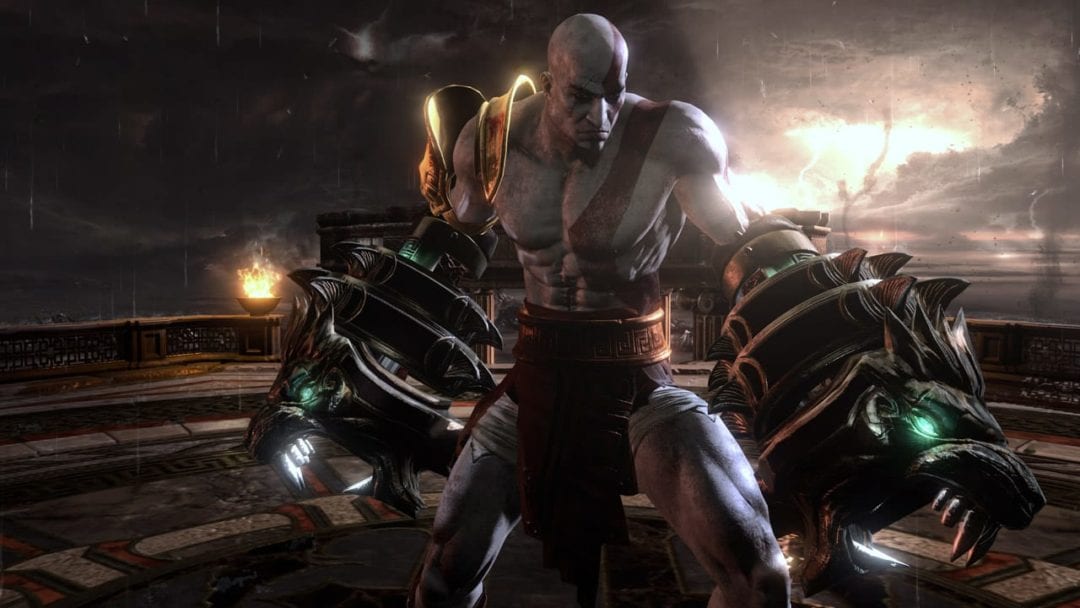 I have always pitied Kratos. Despite being a mass murdering sex hound, God of War’s anti-hero resonates with me far more than most morally pure video game protagonists by virtue of how we both understand what intense self-loathing feels like. While our life experiences differ significantly, Kratos’ revenge quest has many parallels to my struggle to come to grips with my transgender identity.

I first controlled Kratos in God of War II back in the mid-2000s. Video games (as a medium) and I were both experiencing some awkward teenage years at the time, and as an angsty closeted transgender teenage girl, I was immediately hooked by God of War’s mythological backdrop and satisfyingly brutal combat that delivered more gore than the elevator scene in The Shining.

The games were (and still are!) pretty damn awesome, but what I particularly appreciated was how vicious the gameplay was in lieu of the basic story. Afterall, the plot was simple: Kratos desires revenge against the gods of Olympus after Ares tricks him into murdering his family. As a result of this heinous crime, Kratos was cursed to wear the ashes of his dead family on his skin for eternity. It’s both why he was nicknamed the Ghost of Sparta, and why he is in dire need of a good anger management counsellor.

The God of War games provided catharsis for my teenage self. I was a moody kid and confused by gender dysphoria, the pain caused by gender not aligning with the sex assigned at birth. Controlling Kratos let me feel like an all-powerful badass for hours on end, which was preferable to being jealous of female classmates or siblings. To me, God of War felt like a godsend.

There was a drawback to using God of War as an outlet. Kratos is undeniably a male power fantasy and I was a confused trans girl repressing her feminine side. As a kid, I often adored ultra-masculine characters such as Kratos and James Bond because I was ashamed of my femininity. In fact, I was deathly afraid of displaying any sort of girlish behavior out of fear of being considered gay. Instead of exploring who I really was I tried out for football, became an altar boy at the Greek Orthodox church, grew a solid beard, engaged in misogynistic “locker room talk,” and embraced the thoughtless violence portrayed in video games such as God of War without thinking about the ramifications.

Kratos is emblematic of how I sacrificed my vulnerability to bolster my faux masculinity. Our culture often associates femininity with weakness and masculinity with strength. Kratos and I both desired strength and concealed our perceived liabilities behind a mental wall of fiery rage. But where the Ghost of Sparta hid his feelings for the sake of achieving vengeance, I became a cliche closeted homophobe and transphobe. While Kratos committed deicide, I was disgusted by the “gay lifestyle,” and believed that marriage was exclusively between a man and a woman and that gender was immutable at birth because of “supposedly” basic biology.

Our horrible actions had unforeseen repercussions. The more thoughtful God of War III showcased the ramifications for Kratos. Massacring Zeus and the rest of the gods of Olympus caused Greece to experience an apocalypse. Kratos caused the death of millions of innocent people. Once his vengeance was complete, he was left without purpose. He left Greece and his past for dead, forever contemplating whether his wife and daughter would still be alive if he had acted more responsibly.

My destructive behavior caused me to go through a Kratos-esque apocalypse of my own. I realized too late that my toxic nature had pushed many people away. Where the Ghost of Sparta sometimes killed innocents like Athena who would have helped him, I spurned the queer community. As a result there was no one I could go to for help understanding what I was going through in my hour of need. I was all alone and isolated, left with nothing but the memories of poor decisions I made and the people I hurt emotionally.

Like Kratos, I had to live with the consequences of my actions. While Kratos was hexed to wear the ashes of his family, my own malediction was to be born a man and scarred by puberty. Maybe if I spent less time pushing helpful hands away I could have delayed puberty with blockers and taken hormones to prevent me from becoming what I was: a broken soul whose body was cursed to remind them of past crimes committed.

And I live with that every day, as does the Ghost of Sparta.