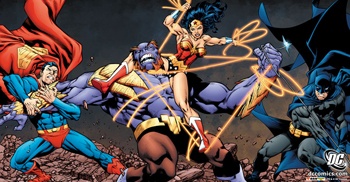 Iron Man, the Fantastic Four, Batman, Hellboy, Hulk, Wanted – I do seem to remember a time when movies offered me something other than stories I didn’t already know. Dormant since around the time the Batman series lost itself somewhere up its own rectum, in recent years the Hollywood trend of devouring comic books franchise and belching them up on the silver screen has returned… with a vengeance.

As the sublime Dark Knight proved, executed correctly there is nothing wrong with this concept – it can breathe new life into stale old stories by bringing them to new audiences. Alternatively, you can take the route adopted by most videogame movies to date, and use the source material as a way to eliminate that pesky “creative thinking” part of movie creation. Hitman, Max Payne, Street Fighter: The Legend of Chun Li – the way videogames are being cannibalized as Hollywood fodder reinforces the worrying similarities that exist between the games and comics industries. I was once a comics buff (which, with my obsession with videogames, obviously got me a lot of action when I was a teenager), but while videogames consumed more and more of my meager income and time and eventually became my career, one day I just gave up on comics entirely.

After watching The Dark Knight, I decided to take a look back into the world of comics, and what I found there was strangely familiar. I was reminded of the things that had drawn me to comics in the first place – the beautiful artwork, the powerful (in many senses of the word) characters, the world- and dimension-spanning plots. But I also found exactly what had put me off – the slavish dictation to multiple decades of often idiotic plotlines, series that never seemed to know when it was time to call halt on a good idea, and a medium trapped by constraints it itself had created.

I discovered that in the intervening decade or so I had been away from the X-Men, Professor X had been good, evil, missing, found, dead and alive. Several characters had died, some had come back to life, and most of the ones that had “died” while I had been reading were alive and well again. Every story I read, even the great ones, had the same pattern of macho dialogue, occasional flashes of side-boob, and ultimate confrontation between the mutant-powered forces of good and evil.

What dismays me most about the world of comics is its willingness to retread the same ground over and over again. It does this in very creative and entertaining ways – indeed, the way authors play with decades’ worth of stories to assemble new ones can be magnificent to watch. But sometimes you just wish they would call it a day – how many more Superman or Batman stories can there be to tell? How many times can we be lectured on the great responsibility that comes with great power?

As evidenced by the increasing presence of games industry folk at comic book events like the San Diego Comic Con, and the comic book treatment that more and more games are getting, the two industries’ audiences often overlap. After all, we have much the same “core” fanbases – young males and adolescents, a fanbase that is both committed but also vocal and hesitant to change. Both industries are fan-driven, led by people who love the medium itself – perhaps a little too much. With that love comes a devotion to that same fanbase, and a habit of churning out the same material in different variations over and over again.

During their “Golden Age,” comic books sold 60 million copies a month in the US, and strode genres from horror and mystery to Westerns and romance. Now comic books seem to be an irrelevance, publishing the vast majority of its content the superhero genre, one title indistinguishable to the untrained eye from the other. The downturn of the comic book industry was driven by many things, not the least of which was the rise of TV, movies and, yes, videogames. But looking back at how I abandoned the medium – a loyal customer who went from buying several books a month to spending all of my money elsewhere – it feels like the industry made itself inaccessible. 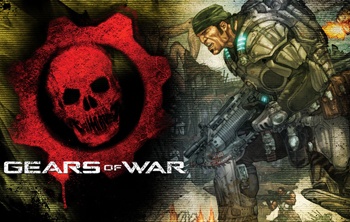 In a way, I grew out of comics. I’m not, as many do, dismissing comics as immature or childish (although, again like videogames, it has a tiresome idea of “maturity” meaning more boobs, blood and heroes who cuss and – gasp! – smoke). What I grew out of was paying an increasing premium for the same experience with diminishing returns. As a serious hobby, comics became just too expensive. Prices seemed to rise every month, and with it quality in places I couldn’t really care about – holograms, all-glossy pages, special editions with multiple covers that came at a premium price. When it came time to spend money on artists with new visions or stories that actually led somewhere, it seemed the checkbook was put away.

By raising their prices as a result of a ridiculous dedication to the quality of looks, comics forced me out of the market. The comparison to today’s HD consoles is not hard to miss. If I was a teenager now would I be able to keep up with gaming’s increasing entry-point price, the $10 next-gen gaming tax and a subscription fee to online multiplayer?

Looking at some of the things that I accepted as normal when I was a comic book fan, I realized how ridiculous some of them are – and in the process, gained a little insight into how the average non-gamer must feel looking at our medium. Crossover events, company-specific “universes,” and an outright refusal of characters to stay dead all make sense to fans, but they are so far beyond the narratives that most media consumers are used to, that they come off as being nothing more than nonsense.

In the case of comics, it’s probably too late to change this public perception – the English-speaking populace associates the very word “comics” with material that is kids’ stuff. Yes, of course there are exceptions, like Maus, The Watchmen and V for Vendetta – the comics medium absolutely can be used as a creative force offering possibilities impossible for other media – but the sad fact remains is that for the majority of populace comics means men in tights beating each other up.

But audiences in France, say, or Japan, might have somewhat loftier expectations for comic books, where they are accepted as a more “mainstream” medium. While it’s slightly unusual for Japan’s new PM Taro Aso to admit to being a fan of comic books, it’s not something you could imagine either Barack Obama or John McCain admitting, much less building much of their popularity base on (and if any one of the three would countenance admitting to liking videogames, Brain Age would be the very limits).

And therefore it is not too late for gaming to learn from this history lesson – and realize that yes, the young male adolescent demographic is a powerful one, if we don’t learn to sell our product elsewhere our medium has no future. The good news for gaming is that while much of this damage was self-caused, what ultimately killed the mass-popularity of comic books was not a lack of creativity, but the harsh limits imposed on the medium by the Comics Code Authority. For all the hassle adhering to the limits of the ESRB, PEGI and other ratings boards causes game creators, they are nowhere near as crippling.

Nevertheless, the path comics followed – finding a successful hook and a hardcore audience, and selling the same product over and over again – is one that is worryingly familiar when one looks at the endless stream of FPSs featuring burly men and the same concepts, with slightly different packaging, that line store shelves. So the next time someone complains about Nintendo “abandoning” them, remember the lesson – refuse to change and customers will abandon you first.