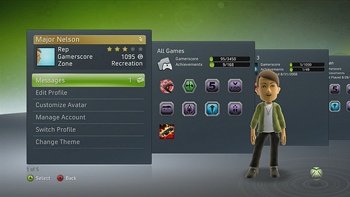 The Xbox 360 is approaching its third birthday, its second price cut and its first relaunch. The approaching “New Xbox Experience” is a first for a console, akin to an OS overhaul in how it’s set to change the way the user interfaces with the machine itself. Out are text-heavy menus and cool-sounding “blades,” in are user-friendly, unintimidating avatars and iTunes-style shiny reflections – part of an overhaul that Microsoft itself call an “entirely new Xbox.”

The price cut, redesign and focus on more family-friendly titles are all part of Microsoft’s attempts to cut into the market dominated by Nintendo – and certainly, the price cut puts the Arcade model almost into impulse buy territory, attractive to Jane Everyparent who needs to pick something up for little Johnny in the Christmas sales.

Whether these attempts will pay off is anyone’s guess. Microsoft is in no financial position to be reducing the amount of money it makes off every console sold, and after relentlessly targeting the hardcore gamer for the past seven years, it remains to be seen if the mass market will buy into MS’s new attempts to cozy up to them. Just as the Wii is never going to be the console of power-obsessed technophiles, it’s tempting to wonder if MS might not be better off sticking to the hardcore market it has cultivated over the past decade.

But no, in gaming there is no settling for second place, no being content with having cornered a profitable market. Everything is bet on being the leader, and if you can’t do that with your current model, then the only option is to call a halt on this battle on start another one elsewhere, even if that means piling your business into ever-deeper debt.

This rebranding of the 360 is just one of a number of events and reports over recent weeks that point to the fact that the halfway point of this generation has already been passed, and that we will shortly begin to talk in serious terms of an Xbox 720 or a Wii 2. Rumors of Microsoft recruiting for a next-gen Halo or Epic proclaiming that developers are “approaching the upper end” of the 360’s potential makes me feel that the industry is starting to get itchy feet and that we are in for another repeat of the boom and bust cycle that has perpetuated for as long as consoles have existed. Another console war, then – one good, indeed, for absolutely nothin’.

This shouldn’t come as such a surprise, of course. Three years is prime mid-life crisis time for a console, when it should indeed be thinking of its forthcoming retirement and making sure the kids are in a position to take over the business. You don’t need a fancy event unveiling to know that a new Xbox is coming before too long, and of course it is no surprise to learn that that is where MS are increasingly likely to divert the resources of its biggest teams.

But this self-destructive cycle is becoming an ever-greater risk, and in this war the number of winners seems to be dwindling. One only needs to look at another rash of stories over the last few weeks to see what this cycle is doing to gaming. 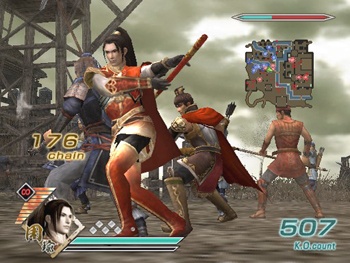 Three years ago a company like Koei – no big-time player, but a profitable enough maker of its core titles – had a captive audience of more than 100 million PS2 owners for its games. Now Koei is scraping, along with everyone else, for a drastically smaller market in which development costs are doubled. The comments of Koei’s President Kenji Matsubara that the next-gen market is slow and that it had expected a greater take-up of the PS3 by now was just one of a number of laments from Japanese developers over the past few weeks, with Metal Gear Solid‘s Hideo Kojima worrying in a job advertisement that the creative side of gaming is in danger of being lost; and his former employee, Ryan Payton, surprising no one by saying that “the Japanese public seems to be disinterested in next-gen and high definition gaming.”

The fact that this dilemma exists at all provides an interesting, and damning, view of the games industry in general. The game market looks at Japan and asks pleadingly, “why won’t you buy our stuff?” – in other words, they seem to think that the problem lies with Japan rather than with gaming. Instead of asking what is wrong with Japan, the industry should be asking itself what’s wrong with its product.

If there was anywhere that is prime to take advantage of what the next-gen consoles offer, it should be Japan. The country pioneered the development of HDTV, and its electronics companies, Sony amongst them, rule the global market of HDTV sets. At the same time, it is one of the most broadband-connected countries in the world. In other words, a large amount of customers have exactly the necessary equipment to get the most out of what the most powerful next-gen consoles are supposed to offer – but they’re sticking with the DSs, PS2s in large numbers, or buying Wiis.

Using the Japanese market to gauge the reactions of other markets is notoriously risky – for every boom like Pokemon or camera phones that the West gladly accepts, there are a dozen purikuras that remain a distinctly Japanese phenomenon. However, I wonder if the Japanese market’s ennui with games in general and their “rejection” of powerful next-gen machines might not be a premonition of things to come in the West as well. The Japanese developers still, for now, have the West to turn to -no longer being able to market their product in their own country. But for how much longer?

I say this because the fact that it has been the Wii that is the runaway success story of this generation in all territories has confused and frightened the industry because it directly contradicts our traditional “bigger, stronger, faster” logic. Fanboys, and an embarrassing number within the industry itself, seek to sideline it, saying it’s not a next-gen console, deriding its graphical abilities, its online capabilities, or its “attach rate.” But Microsoft and Sony are in a battle for second place now, and they know it. 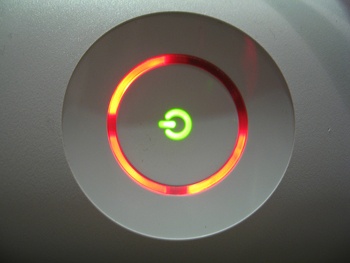 But this should not surprise us at all – if the history of these console wars show us anything, it’s that the most powerful machine very rarely “wins.” The PS1, PS2, and DS have all had more powerful competitors on the market, yet rose to the top. And while we’re on the subject, how many more Saturn and Dreamcast experiences do we have to go through before we learn that just because a machine makes it to market first, that does nothing whatsoever to guarantee it first place? In fact, if anything, it seems more likely to lead to a botched product, be it the Saturn’s shoehorned-in innards or the 360’s RRoD.

This is to say nothing of the fact that in the three-horse race that is the current console war, only one competitor has any hope of coming out having made any money. The Xbox division’s financial losses were the stuff of legend even before the $1 billion spent on the RRoD fiasco, and at the present rate, Sony has little hope of ever seeing much change from the billions ploughed into the development of the PS3.

So what exactly is the rush to reduce the user base to zero and start from scratch all over again? There is little to gain for any party by launching into another round of console wars, and the idea that any party will ever score enough of a crushing blow over its rival to be the “king of the living room” is a fantasy that this industry should now be mature enough to have outgrown.

Of course, I am not arguing against technological progress in the games industry. What I am asking is for our industry to judge when the time is right both for us, and for the public, to move on – and to cease trying to use generational leaps forward to get the jump on competitors – which, in any case, rarely seems to lead to success.

Where a new generation should begin is very difficult to decide. New technologies are always available, graphical power ever increasing. But just as with Microsoft’s other worry, Windows Vista, sometimes the mass public just is not ready to move on. By demanding HDTVs and broadband connections to get the most out of new generations, we are all but ensuring that the market is only going to get smaller and smaller. Those of us who have spent small fortunes creating the perfect environment to play games in forget that one of our primary audiences has always been kids and college students – precisely the type of user most likely not to have a HDTV or lightning fast broadband connection at their disposal.

In other industries, technological standards and rollout periods are decided so that the public won’t have to throw away another $400 on an obsolete technology two years after a purchase. But in gaming, it seems, the winner takes, or loses, all, and oblivious of its worth to gaming as a medium or the purchasing public on general, the technology train, the answer to everything, keeps rolling on.

Christian Ward works for a major games publisher, but has had most fun this year playing PS2 titles.