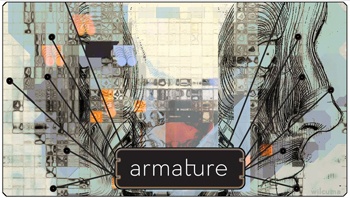 The recent goings-on in Wall Street have hit home the point that even the most stable-looking businesses can be deceptive. While smoothly run businesses are said to be like a swan – from all outward appearances perfectly calm, but furiously paddling underneath the water where you can’t see – some businesses are like swans stricken with swan-cancer, calm on the surface, furiously paddling beneath, never aware that they are about to keel over and die at any moment.

The problem with companies like Lehman Bros, Merrill Lynch and AIG was that while they were still posting profits in each quarterly report, there were fundamental problems at their core of their operations – perhaps at the core of their very philosophy – that meant an event like last week’s may have been inevitable. Looking at this, I naturally thought of the games industry. Not for the immediate impact of the current economic situation – while gaming might not be recession proof, it is a good value diversion for those trying to save money during economic downturns.

What the collapse of these giants of the industry brought to mind was our own industry’s giants, and how stable they are. It struck me, not for the first time, that two of the pillars of the industry, Sony and Microsoft, stand to make absolutely no money off this generation of consoles, unless the recession bankrupts every other entertainment sector but gaming and sends all its customers running to buy a 360 or PS3.

That Sony and Microsoft have taken this path is common knowledge but, like the inevitability of death, becomes ever more terrifying the longer you think about it. Both Sony and Microsoft are publicly traded companies, answerable to shareholders. When Sony went through troubled times a couple of years back and brought in its new CEO Sir Howard Stringer, the first thing he did, as any CEO taking over a troubled company would, was cut the loss-making divisions loose. Is it so difficult to imagine that a division that is both high profile and currently loss-making might fall under the axe of a pressure-struck CEO if the worst were to happen to Sony or MS? And where, exactly, would the first-party led videogame industry find itself then?

To be fair, that is very unlikely to happen in the foreseeable future. It’ll take more than one dodgy generation for Sony to abandon a sector that propped it up for much of a decade, and Microsoft could go on losing money on the Xbox project for decades and still have lost more down the back of the couch – but it does raise questions. Questions about the way the industry is set up, half cottage industry, half conglomerate behemoth. Questions about the control that a handful of players exert over the industry, and in turn all of us who work within it. And most of all, questions about the way we make games today.

Content to sail along in the belief that things will continue as they always have, maybe they are questions that not enough people are asking.

Triple-A projects like Assassin’s Creed or Metal Gear Solid 4 involve staff numbers in the hundreds. That’s hundreds of artists, programmers, testers, sound designers, all on the payroll, all on health insurance, all on unemployment benefits, disability payments, pensions, bonuses. Not only is it challenging to coordinate that many people, but spreading the resources around efficiently in an industry where it’s so difficult to read the future course of the project is near impossible.

In this situation, it is encouraging to see moves such as the founding of Armature Studio, a new development house by bigwigs from Metroid Prime creators Retro Studios. Approaching development with a different philosophy, Armature intend to have a core team of just 11 members, but make triple-A titles (with the support of EA), outsourcing most of the work. 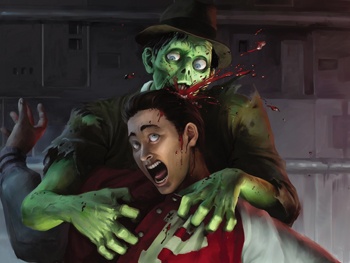 “It costs so much money to maintain that staff,” Mark Pacini, one of Armature’s founders, told Gamasutra. “What do you do with that staff when the game is done? You get these mass layoffs. You don’t hear that when a movie’s over. Everybody who was on the movie is gone – but there was no mass layoff, it’s just that everybody was a contractor just for that project.”

It’s a very good point. Team sizes are getting out of control, not just from a business perspective, but also from a creative one. I have no doubt whatsoever that the ability of a director to communicate his ideas for a game to a team of 20 people versus his ability to do the same to a team of 100 people is the reason so many of this generation’s biggest games are derivative and dull. Creative endeavors rarely work well by committee, and the more chefs you put in the kitchen, the more spoiled broth you’re going to get. Combined with the unusual work ethic of the games industry, where developers faff around making directionless prototypes for months, then work crippling, inhuman hours when inevitably the schedule ends up going up to and past the wire, it’s sometimes a wonder we get any good games at all.

Armature is not the first studio to go down the contractor path – the same Gamasutra interview mentions Wideload Studios, which made Stubbs the Zombie and Hail to the Chimp through a similar process – but Armature appears to have broader ambitions, to make top-drawer titles through an outsource model.

Whether Armature is successful commercially or critically remains, of course, to be seen. What is encouraging is the willingness of creators, who were presumably financially content at Retro, to try a different method of developing other than simply collecting a few dozen programmers and artists and passing out their (undoubtedly impressive) resumes to the usual suspects.

It’s a little strange to see a company with the reputation of EA leading the charge on this new method, though the company has taken great strides in improving its image from the company that makes nothing but Madden 09, FIFA 09 and Harry Potter 09 to one that makes genuinely innovative games. Innovative not just in gameplay, but also in the way that games are made.

Take EA’s deals with Steven Spielberg for Boom Blox and now 300 director Zack Snyder. You might say it’s a cheap publicity stunt, an easy way to make an otherwise average title stand out in a crowded marketplace – and who knows, you might be right. But combining the talents in the games industry with a fresh perspective – someone who can think outside of the box of the shooting, fighting, sports game templates we find ourselves stuck with – could be just the kick in the rear that this industry needs.

The description of EA’s “Wanted List” of partners is reminiscent of a movie studio exec’s hit-list of directing and acting talent. Attracting the cream of the crop is another good way to make your titles stand out (and combined with EA’s terrifying and all-pervasive marketing machine, they might actually find their way into the hands of customers – which would be a first for some of the undoubtedly talented names being suggested).

Most of all what is promising is what might happen if all of these plans were put together – a movie-style outsource-based model, where the core of the game is designed by top gaming talent and inspired by true creatives with a potentially fresh view of the industry. Looking at the long list composed mostly of music games, shooters and sports sequels that make up the busiest and most profitable cycle of this industry’s calendar, that thought alone is enough to inspire some hope.

Christian Ward works for a major publisher (which is not EA, despite what this article may make you think).