I’ve got a soft spot for the superhero sandbox genre, ever since I got the protagonists of Infamous and Prototype to dress up in frilly knickers and caper about for our amusement. If you’re looking for escapism, you can’t get much more escapist than superheroes. Batman wouldn’t exist if it weren’t for an audience of impotent young dreamers who fantasise about punching clowns in the face. 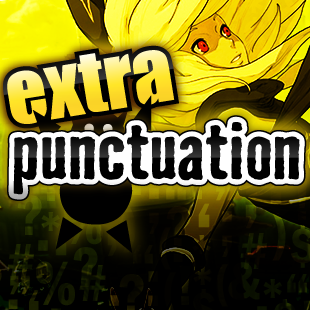 Violence is all very well but our escapist fantasies aren’t always necessarily violent, are they. Yes, when someone yells at you from a car there’s a part of you that immediately fantasies about running over, picking up the car and hurling it into the sea, but that’s not generally considered a healthy attitude. I’m thinking about the other kind of escapist fantasy, where you’re in the middle of a crowd or a stuffy lecture hall, and imagine yourself hurling yourself out the nearest window and flying like a newly-liberated dove of peace to perch on the highest building and shit on investment bankers.

So it’s not so much power fantasy as the sense of freedom of movement that has always attracted me to superhero sandbox games. I mean, there’s a lot less escapist fantasy in trundling along the ground shooting guns at vastly inferior foes because that’s fairly easily replicated by going out and mowing the lawn. One of my favourite superhero sandboxes – or at least one of the first that sold me on the concept – was Spider-Man 2 on the PS2/Gamecube, as I’m sure I’ve mentioned before, and it wasn’t for the combat. Come to think of it it wasn’t really for any aspect of the game that could strictly be considered a ‘game’. I could lose hours at a time just web-swinging around the city, idly finding collectibles and ignoring missions.

So there was a lot about Gravity Rush I enjoyed. The freedom to manipulate gravity and fly-fall across the rooftops collecting jewels, mainly. But it wasn’t just that, it was the fact that it was a bit quirky with it, as well. I sort of liked the way the main character never put on heroic Superman poses when she was flying around, just let her body go limp and spin gently in the wind, before slamming head-first into a concrete bench and doing a very cat-like skitter of limbs to make it look like she’d meant to do that.

There were other aspects of the flying and movement controls that I didn’t like so much. As I said in the review, I wasn’t a fan of how you have to stop to change directions, ‘cos it messes with the flow a bit. It was also awkward to slowly bring the camera around to pick the new direction, and things got very fiddly when you’re in the tighter environments full of objects and furniture and hundreds of surfaces that could all potentially become a floor if you don’t steer yourself around them well enough.

Basically what I want is a game where it looks like I’m gaily flying about the world with total abandon like a plastic shopping bag blowing in the wind.

But if it’s freedom of movement you’re after, you could turn on Noclip in any game and speed around without obstacle to your heart’s content and that wouldn’t be much fun at all. The later Spider-Man sandbox games would always miss the point and let you effortlessly webswing around by facing the right direction and holding down a button, and that wasn’t fun at all. The webswinging in Spider-Man 2 kept me amused by having some skill to it. You had to control the swings so you wouldn’t veer wildly off course, and the way you pressed buttons mid-swing could fine-tune how high you went or how fast you moved horizontally. There were race missions and stunt challenges. You couldn’t have things like that in most of the other Spider-Man games because you always swing at uniform pace, going hand over hand like a bored commuter making their way down the middle of a moving subway train.

The point being that, for me, the ideal superhero sandbox game isn’t just freedom of movement, but turning maximum freedom of movement into a challenge in itself, an applied skill. So ideally the game has to find a middleground between movement that feels free and fast-flowing and yet has enough shit in the way of all that that it still feels like we’re doing something to earn it. This is where the phrase ‘easy to learn, hard to master’ comes to mind.

So I appreciate that there was a fiddly quality to the Gravity Rush flying physics. I appreciate that it had race missions and timed challenges because it took a firm, disciplined hand on the tiller to move around with maximum efficiency. Where it fell down, I think, was that even at maximum efficiency there wasn’t much grace or flow to it, especially with the stop-start motion and the smashing into walls.

So I think what I look for in a superhero sandbox game is superpowered movement that looks easier than it is. The kind of thing where, once you’ve mastered it, it almost looks like you’ve got noclip on or some other kind of cheat code because it’s not obvious how many complicated manoevres and corrections are going on beneath the surface, and just how easily you could lose concentration, cock it up, bounce off a cornice and impale yourself on a TV aerial. Like those speedruns of Half-Life, where all you see is someone flying down the corridors like they’re on rocket skates, and what you don’t see is the mind-numbing level of exact movements and button presses that are required to exploit the physics like that.

Basically what I want is a game where it looks like I’m gaily flying about the world with total abandon like a plastic shopping bag blowing in the wind, so that an observer might think it looks fun and wants to have a go. And upon taking the controls, they immediately smash themselves against the terrain and die in the most humiliating manner possible. And then I laugh.