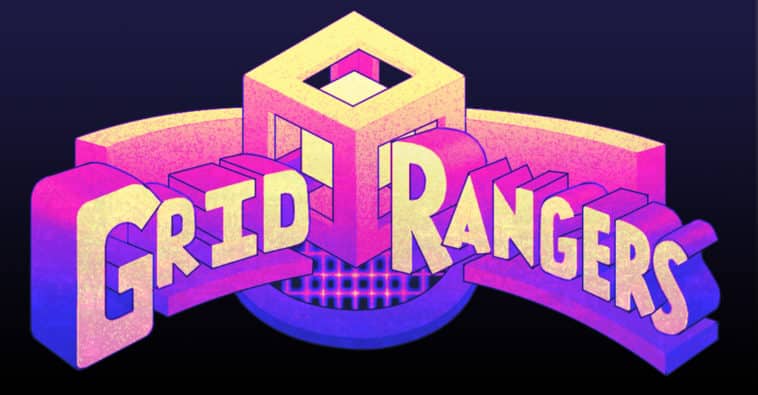 Few genres have spun out in as many different directions as the humble match-three puzzler. Although the tile-swapping genre has beginnings stretching back to the late ‘80s, the roaring success of 2001’s Bejeweled brought the genre into mainstream popularity, inspiring many developers to put their own twist on the idea. Sliding tiles are used in a multitude of ways, from traveling a fantasy world in Puzzle Quest, to seducing women in the surprisingly complex HuniePop, to emptying wallets in Candy Crush Saga. With so many different iterations on the idea, it is a pleasant surprise that Grid Rangers offers such a fresh approach to match-three puzzling. Featuring a short, difficult campaign and a cyberpunk aesthetic, this free puzzler takes a novel look at the beloved genre.

Grid Rangers is set in a ‘90s fever dream of future technology, where elite hackers bring down mainframes via matching tiles. An entity known as S.W.I.N.E. has taken over the darknet, its cybernetic pig avatars flooding through every data line. Only the Grid Rangers, powerful programs that aid in hacking, can help the rebels defeat the porcine menace once and for all.

Bringing down the forces of S.W.I.N.E. is achieved by matching pig-shaped tiles in a series of increasingly challenging levels. Gameplay is turn-based, with the robot pigs swarming down from the top of the screen with every move. Defeating enough enemy units will advance the player to the next stage, but should the pigs manage to kill off all three of the player’s Rangers, the game is over.

Luckily, every tile in the game serves a special purpose, which can aid in protecting the Rangers and destroying pigs. Matching three soda cans gives the player an extra turn, offering extra time for maneuvering units. Compact discs are used as currency, which can be used to purchase new moves for Rangers or reboot a broken program. Potted plants block the advance of pigs, creating temporary barriers. Cubes provide energy for the Rangers’ special abilities, blasting damage from one side of the screen to the other.

Each tile serves an important purpose, and introduces an element of risk versus reward when making a move. Collecting plenty of CDs is important in keeping the Rangers alive and powerful, but delaying an attack on the pigs could prove dangerous. Matching soda for extra energy is almost always useful, but clearing the wrong column might move the pigs out of alignment, making it tricker to match them away. Unlike most games in the genre, not every tile swap needs to make a match, and thus learning how to best line up the Rangers for optimal damage or pulling them back to safety adds a whole other wonderful layer of strategy on top of the match-three puzzling.

The difficulty of Grid Rangers ramps up quickly. The number of kills needed to pass grows with each level, and the pigs themselves gain trickier forms as the game progresses, holding shields or hopping further in a single turn. Losing all three Rangers sends the player all the way back to the beginning, all progress lost.

This reset to the beginning is initially annoying, but as one becomes more familiar with the game, the perma-death makes sense: To have any chance of beating the final level, the earlier stages must not only be beaten, but also perfected via collecting resources and protecting the Rangers. The game is a hard, focused experience, with much of the playtime spent studying the screen for the best move. When victory is achieved over the final ninth level it feels all the sweeter, a payoff of skill rather than a lucky swipe of the mouse.

The virtual desktop Grid Rangers takes place on is colored with a dreamy blend of light pinks and blues. While the look is gorgeous at a glance, this dedication to the color scheme sometimes makes the screen hard to read, particularly with the differing shapes of the S.W.I.N.E. units. Late stages add green-hued pigs, which help break up the wall of magenta, but a few more colors would go a long way to more easily identifying tiles. The calming synthwave background music fits the style of the game well but can get a bit repetitive, especially near the end of a run.

For ease of use, a few changes could be made to the interface to hit that desired super-accessibility the genre is known for. Screen resolution and fullscreen options would be a plus, as on my computer the window opened half off-screen and needed some fiddling to display properly. The mouseover descriptions for the different tile types are great, and it would be nice to see the same treatment for the types of S.W.I.N.E. units, as the pig that can jump two tiles was a rather nasty surprise. A quick restart option would also be useful, as a run where the player loses two Rangers in the first level is not worth continuing.

Grid Rangers is a unique approach to the match-three puzzler that I really enjoyed. The short but challenging campaign was refreshing, and each layer of strategy slotted neatly together. If you wish to support developer Schonstal, a donation can be made on the game’s itch.io page.

Next week we will be playing Kungfu Cowboy, a platformer with roguelike elements. The game can be downloaded from itch.io. If you would like to share your thoughts, discussions will be happening in the Discord server.