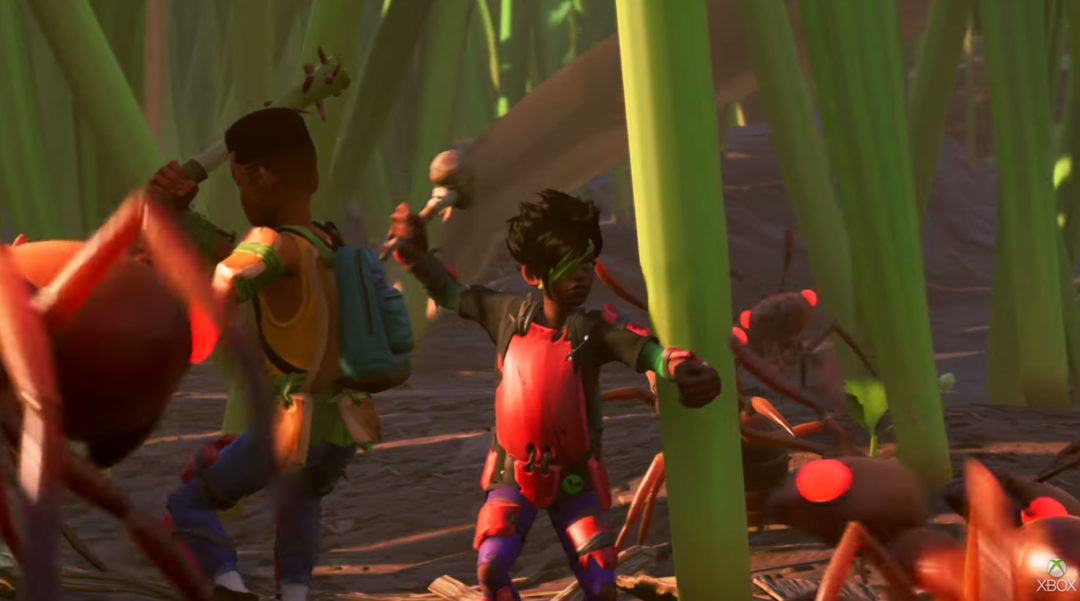 Hot off the heels of The Outer Worlds, Obsidian Entertainment has announced its next IP, Grounded, about tiny shrunken humans surviving in a world where everything else (like spiders) suddenly feels gigantic. During Microsoft’s X019 live stream event, the developer took the stage to talk about how this new title takes advantage of its bite-sized ideas. To help showcase Grounded’s survival mechanics, Obsidian pulled together the game’s first trailer.

Grounded has been in development for a little more than a year, with Obsidian stating it started putting together the game’s concept just as Pillars of Eternity II: Deadfire started winding down. The game is being created by Obsidian’s second development team and will be directed by Adam Brennecke.

Judging by the trailer, Grounded shares no similarities with any of the studio’s past work. Fans of the team’s RPG titles have no need to fear though, as the studio promises that they’ll have more to share about its future RPG plans at a later date.

Even though this mini survival title is not the usual project fans would expect to see from Obsidian, the idea of fighting in a world where insects are giant monsters is at least promising enough. Those especially skeptical can expect to hear more about the game through the weekend as X019 attendees will have access to a demo.

Grounded will launch on Xbox One, Xbox Game Pass, and Steam Early Access in spring 2020.