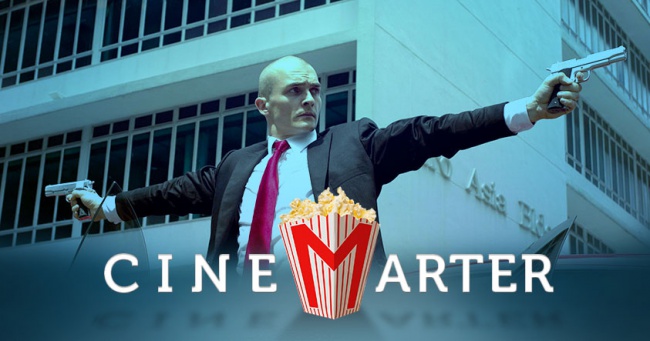 Despite being a critical failure and not exactly a large hit with the fans of the videogame series on which it was based, 2007’s Hitman actually made a decent amount of money, and at one point there were plans to create a sequel to it. Those eventually fell through, and it looked as though the six people on the planet who wanted another Hitman movie were going to be disappointed. But then it was decided that a reboot would take place instead. Now we have Hitman: Agent 47, which is, indeed, a reboot, although I don’t think it really matters, given that the only plot that anyone can even remember from the first one was that there is a guy, named 47, who is also a hitman.

47 is now played by Rupert Friend, who takes over from Timothy Olyphant, one of the only good parts from the last film. He has been genetically modified to be a superhuman killer, which means he has more strength, speed, and intelligence than a normal person – but with an inability to feel pain, remorse, or even love. Does that take some of the thrill out of the action scenes? Of course it does. We never question whether or not he’s going to win against normal people. As such, we need another enhanced individual, who in this case is “John Smith,” played by Zachary Quinto. Both individuals want Katia (Hannah Ware), because they want to get to her long-lost father (Ciarán Hinds), who is the man behind the genetic modification program. Oh, and Katia has clairvoyance, or something that acts just like it, further reducing the thrill of the action scenes. 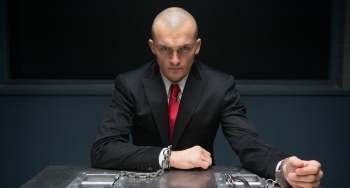 What’s the end goal? I don’t know if it matters. Someone needs to die, countless unnamed henchmen will be killed in the process, 47 and Katia may or may not wind up getting along, and several hundreds of bullets will be shot, most of which will miss our protagonists and kill the bad guys thanks to the aforementioned super skills – not that you’ll be able to tell, since the action scenes are choppy, busy, and fail to give you even a sense of your bearings, let alone tell you who’s doing what to whom. When there are three cuts between someone winding up for a punch and the punch actually happening, you know something’s gone wrong.

Essentially what Hitman: Agent 47 feels like is playing one of the franchise’s videogames on easy mode, and also not understanding the fundamental concept of the game, which is to be stealthy. I mean, the second game was subtitled “Silent Assassin” for a reason, right? The film is just a free-for-all shoot-em-up, but with an ice-cold main character. How is this supposed to be fun? He can’t lose, he can’t show emotion, the action is repetitive – it’s about 90% shootouts – and it’s about as stupid as a movie can get. Its attempts at being intelligent come through when it tries to talk about whether or not free will exists, but it winds up a superfluous thought that feels as if it was tossed in just so the filmmakers could say that their movie is “about” something.

Did we need another Hitman movie? Of course not. We didn’t need a first one, either.

Structurally, if you’re wondering, the film plays out like this. Act 1: a terrible Terminator rip-off. Act 2: an awful Terminator 2 rip-off. Act 3: a bland Matrix storm-the-castle-and-rescue-Morpheus rip-off. Credits: they come before a fight that the film teases exactly once and that we might actually want to see, but don’t get to because of reasons, I guess. Why was the fight teased at all if the film won’t show it to us? What was the point of teasing it precisely a single time? Did anyone read this screenplay? Why did Skip Woods, who wrote the screenplay for the last film, get to co-write this one?

Here is how much Hitman: Agent 47 has to do with the videogames: (1) It has a character named 47. (2) There is fiber wire. (3) Before the title card, a couple of the shots somewhat resemble the cover artwork of one or two of the games. I’m not even a big Hitman fan – although the games have somehow all wound up on my Steam account… – but even I know that the film misses the entire point of the source material. It’s gone a mainstream action route, which might be fine if the action was even halfway decent, and in doing so alienates those who made the games popular. There’s a good movie to be made from this franchise, too; it’s just a shame that we may never get it.

Another failed videogame adaptation, Hitman: Agent 47 delivers bland, same-y, and choppy action, cold characters, poor plot, a complete lack of thrills, and a misunderstanding of the source material. Did we need another Hitman movie? Of course not. We didn’t need a first one, either. I’m not sure which of the two is better, but I don’t think it matters. They’re both poor adaptations of a game franchise that deserves better, and the new one is another addition to an ever-growing list of bad adaptations of videogames. Maybe the next one will be better.

Bottom Line: Hitman: Agent 47 misses the point of the videogames on which it’s based and delivers a bland and generic action movie in that point’s place.

Recommendation: Go (re)play the videogames instead of watching Hitman: Agent 47.