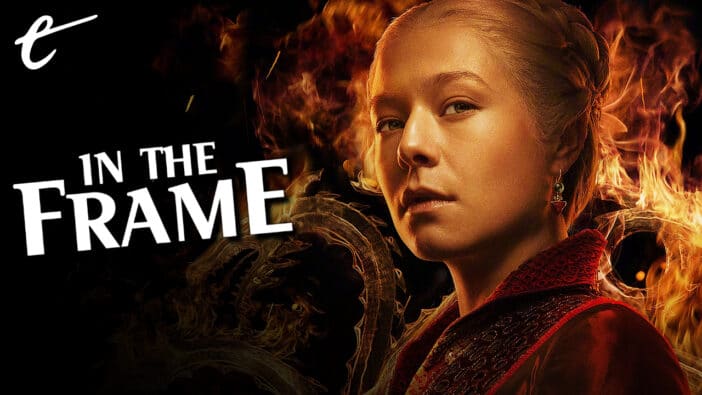 Over a decade removed from the launch of Game of Thrones, it is hard to overstate how radically that show pushed the medium’s boundaries. Even in terms of numbers, the show shot in 10 countries, employed 12,986 extras in Northern Ireland alone, and used 12,137 wigs and hairpieces. Towards its end, Game of Thrones cost about $15M per episode and was broadcasting what were effectively weekly feature films with movie-level special effects.

It may be a cliché to argue that “it’s not TV, it’s HBO,” but there is some truth to it. Game of Thrones was made in an unconventional way. There is an ongoing debate about the current era of streaming and binging and what that has done to the structuring of basic television narratives. James Poniewozik has argued that streaming is not conventional television, lacking many of the obvious markers. Alan Sepinwall has bemoaned the decline of the episode as a singular narrative unit. 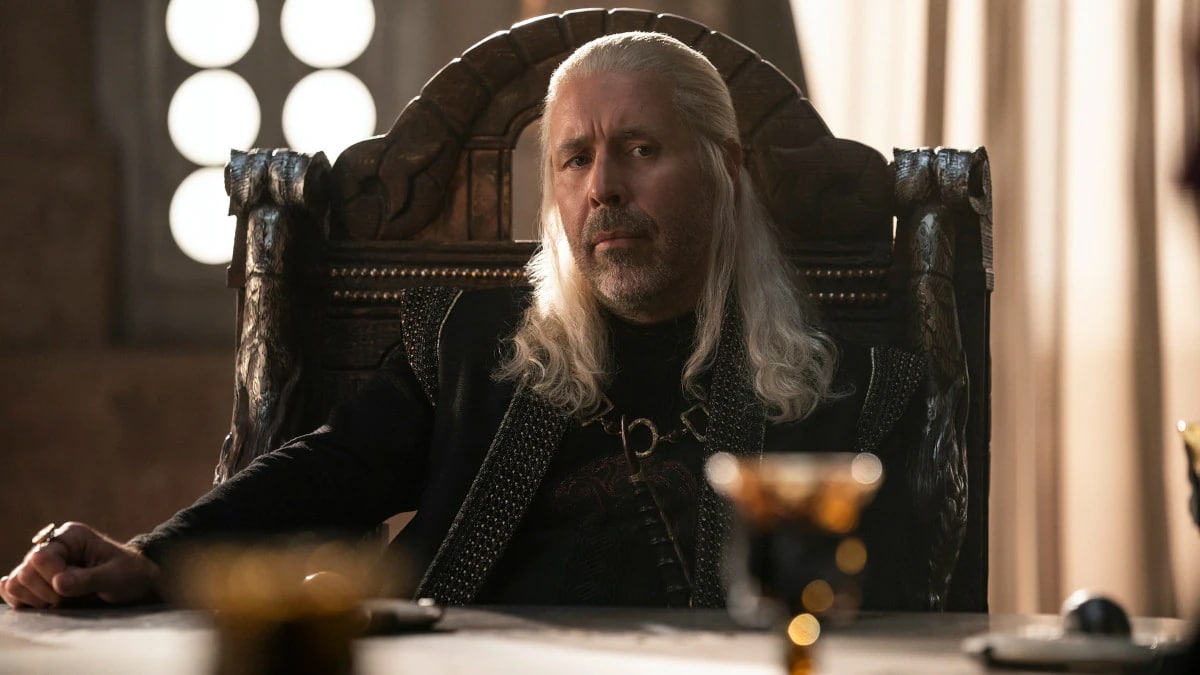 Game of Thrones was written and produced in whole-season chunks. Character arcs would be mapped across seasons, with predetermined start and end points. Writer Bryan Cogman has explained that often writers would be assigned to flesh out a particular character’s arc across a whole season. All the scripts were written before the show entered production, and they were shot simultaneously before the material was edited into individual episodes.

Game of Thrones is a sprawling fantasy narrative. Over its early seasons, the show is constantly adding new threads. It begins with a cast that is clustered around a handful of locations. “Winter Is Coming” has three primary settings: Winterfell, King’s Landing, and Pentos. However, as the cast begins to separate and fracture, more locations come into play. As Game of Thrones went on, despite the show’s reputation for being bloodthirsty, the number of settings and characters snowballed.

The result is that Game of Thrones developed a particularly unusual grammar for a television series. Most shows have a finite number of story threads, with individual episodes often alternating between an A-plot and a B-plot. Generally, there is a limited number of things happening, even in a complicated show like The Wire or Breaking Bad, and a given episode will cut between action running in parallel. In contrast, Game of Thrones operated by a different set of rules.

The average episode of Game of Thrones would cut across incredible geographic distances, between plots that had no obvious and direct bearing on one another. The transition might be through dialogue or theme, but many Game of Thrones episodes could feel like an assemblage of five or six short films. Indeed, the show was so wed to this structure that it was the exception when episodes only had one or two locations and character threads, like “Blackwater” or “Battle of the Bastards.” 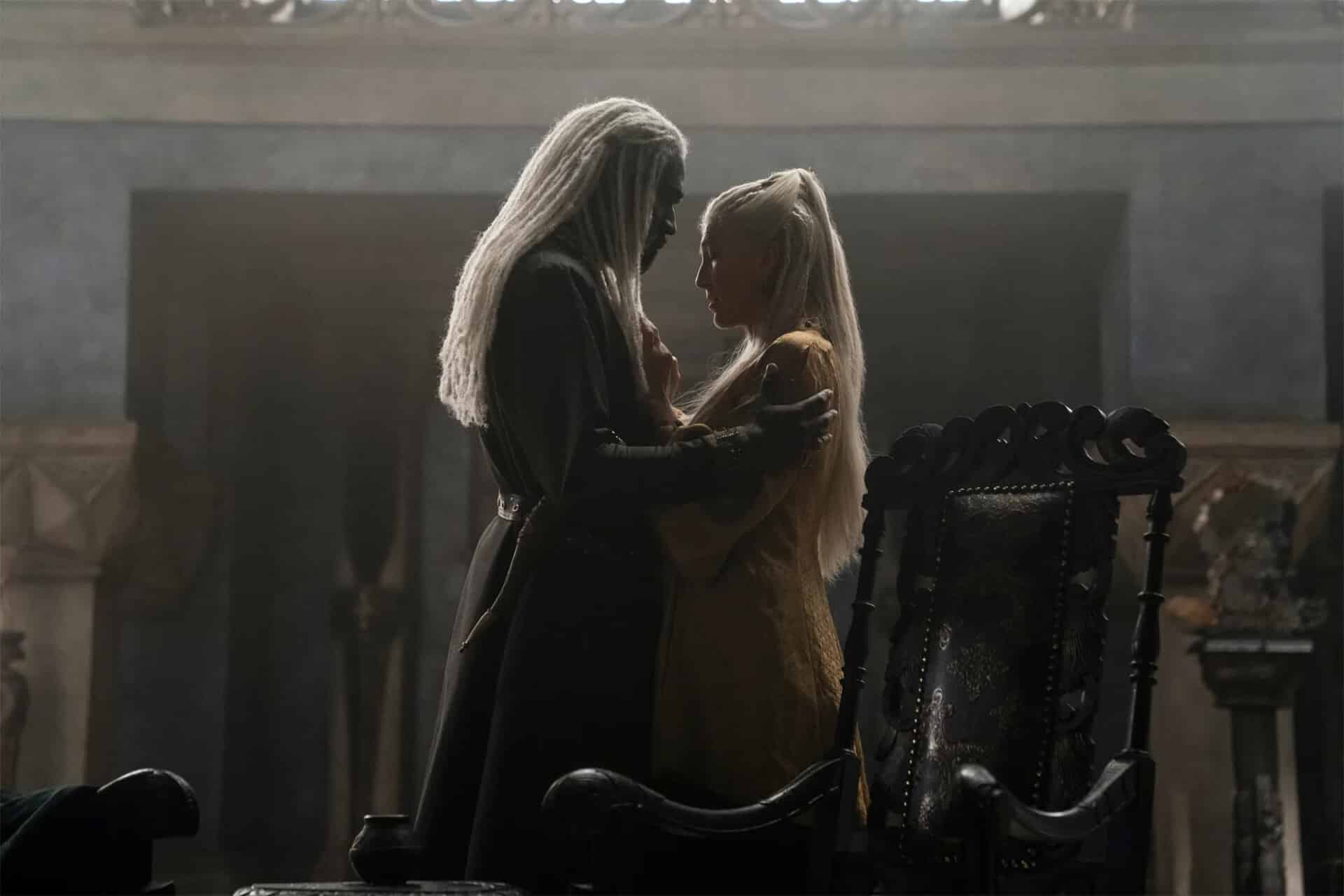 This approach is often overlooked when it comes to discussing what made Game of Thrones so interesting and unique. Particularly in its middle seasons, following the death of Robb Stark (Richard Madden) at the Red Wedding in “The Rains of Castamere,” Game of Thrones could often feel like a travelogue of this rich and expansive world. Arya (Maisie Williams) ends up at assassin school in Braavos. Tyrion (Peter Dinklage) and Jorah Mormont (Iain Glen) journey through Old Valyria.

Author George R.R. Martin has argued there are two kinds of writers: “the architects and the gardeners.” Martin sees himself as a gardener, somebody who will plant seeds and let them grow where they may. Borrowing a quote from Tolkien, Martin has remarked on how “the tale grew in the telling.” This is not an inherently bad thing. Many of the best moments and characters in Game of Thrones are the smaller ones, who develop in unforeseeable ways.

However, this approach also presented challenges. Martin coined the term “Meereenese Knot” to describe the sort of logistical challenges that arose from trying to synchronize various payoffs to keep the plots moving in parallel. It’s notable that the show largely abandoned this structure in its final seasons, falling back to a more conventional episodic structure, where individual episodes would focus more frequently on smaller sets of characters in fewer locations.

In its first season, House of the Dragon adopts a very different approach. Its primary cast is much tighter than in Game of Thrones. Pretty much all of the important players are introduced in the first episode. Focus stays with those characters, rather than splintering and fracturing with each location that they visit. Even when episodes, like the third or the fifth, open with a sequence showcasing a new character, attention is inevitably drawn to an already established lead. 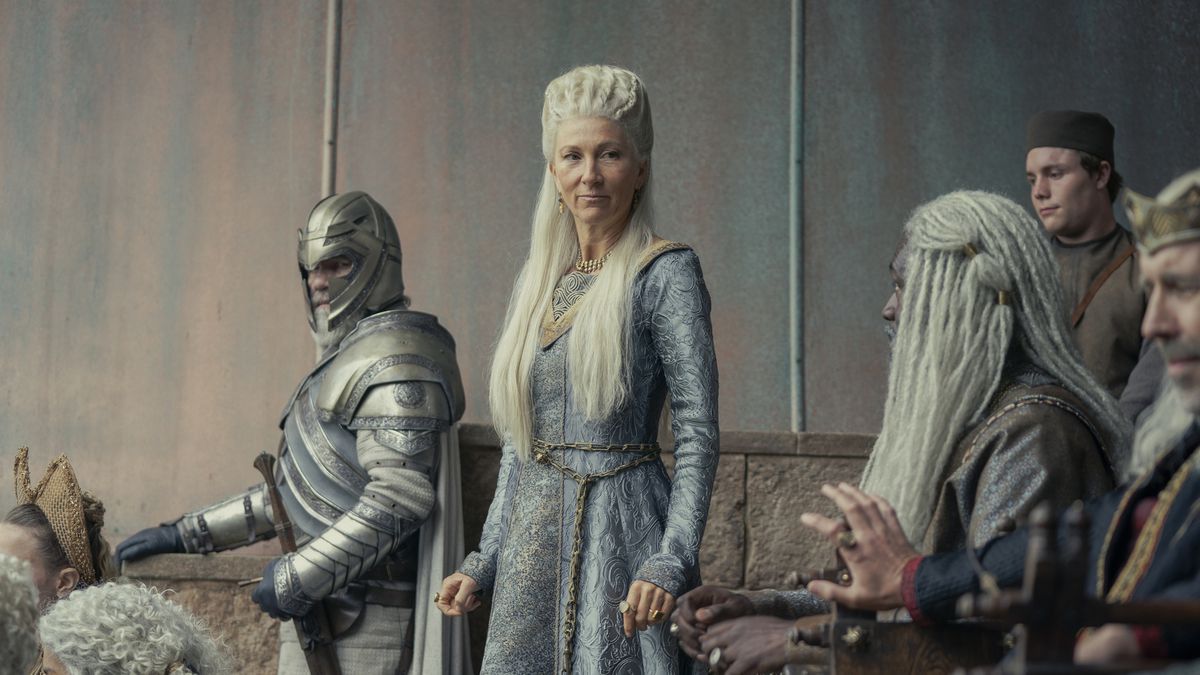 It is possible that this shift in approach to world-building and storytelling is a result of lessons learned from trying to plot Game of Thrones on the fly and understanding that the structural storytelling model used for Game of Thrones wasn’t conducive to particularly satisfactory resolutions. Indeed, House of the Dragon derives from a completed saga that Martin himself wrote while attempting (slowly) to finish work on the Song of Ice and Fire novels that formed the basis of Game of Thrones.

Game of Thrones famously overtook its source material, as Martin let the targeted release date of the sixth book in the series, The Winds of Winter, slip. In 2011, he estimated it could arrive by 2014. By 2015, he promised it would hit shelves before the sixth season of Game of Thrones in 2016. By 2017, he’d accepted that he’d be more productive if he prioritized his in-universe history of the Targaryen Dynasty, Fire and Blood, ahead of The Winds of Winter.

It seems likely that that expansive approach to storytelling was a serious issue, as Martin had to figure out how to line up each plot thread in such a way that it would pay off in a manner both efficient and satisfying. At least some of the challenges with A Song of Ice and Fire, and thus Game of Thrones, arose from Martin’s refusal to employ a five-year time jump after the third book, A Storm of Swords. This would allow Martin to streamline and smooth out various plot threads in the gap.

Martin opted not to do that, seeing it as a cheat. “I’m presenting all of this in flashbacks, and that wasn’t working,” he explained to Charlie Jane Anders. “The other alternative was [that] nothing happened in those five years, which seemed anticlimactic.” As a result, the “Meereenese Knot” grew more tangled. The garden went untamed. The trouble this caused on Game of Thrones may explain why House of the Dragon leans eagerly into time skips and time jumps. 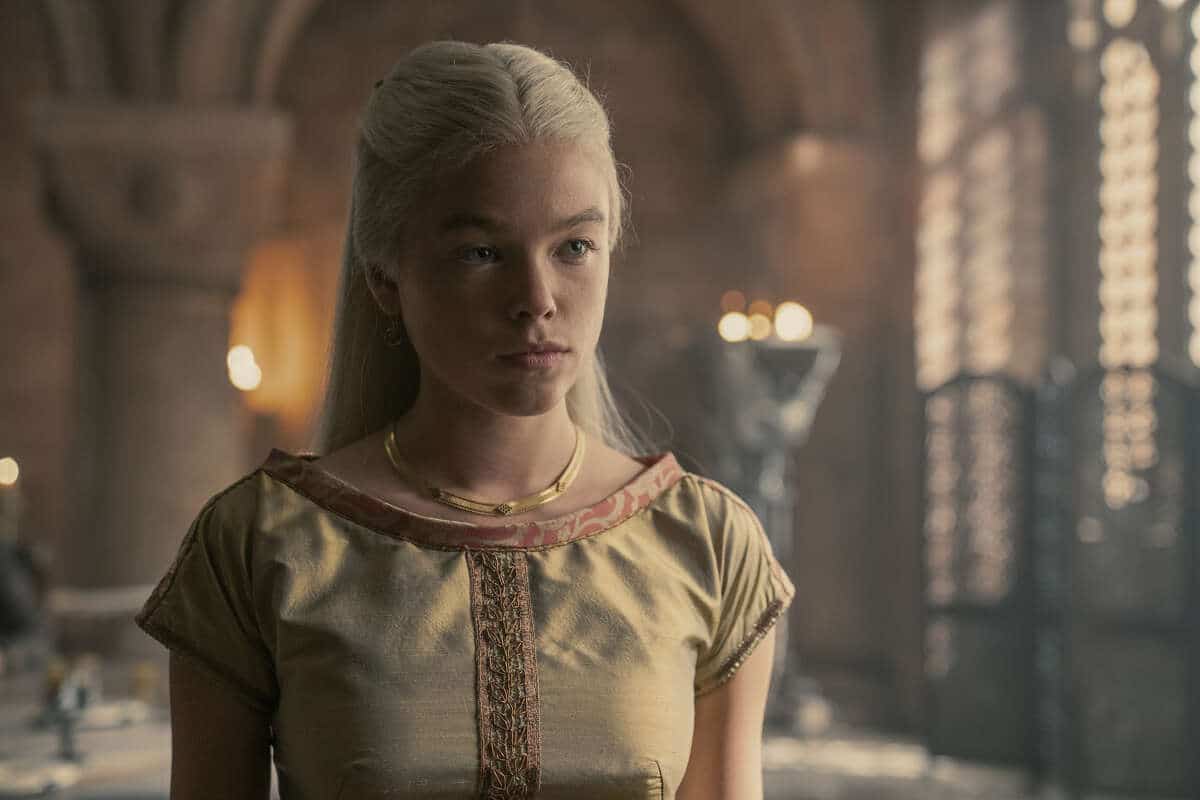 “The Heirs of the Dragon” begins with Rhaenys Targaryen (Eve Best) being passed over for the Iron Throne, and then it jumps forward almost two decades to join her cousin Rhaenyra (Milly Alcock). The opening title card places the show’s start around 112 AC. The show will definitely run up to at least the end of the Targaryen Civil War, the Dying of the Dragons, in 131 AC. The show is “currently plotted to run only about three or four seasons,” so that’s a lot of ground to cover in limited time.

The show will recast certain actors as characters age, with Emma D’Arcy replacing Milly Alcock as Rhaenyra Targaryen and Olivia Cooke replacing Emily Carey as Alicent Hightower. The show’s trailers confirm that the cast swap happens within the first year, with D’Arcy and Cooke featuring prominently. The result is a show that arguably feels closer in structure to something like The Crown or I, Claudius than it does to Game of Thrones, which unfolded in a much looser and linear manner.

This perhaps gets back to the biggest difference in how House of the Dragon is structured compared to Game of Thrones. Game of Thrones initially drew from entire books written by George R.R. Martin, with the early seasons more or less adapting one tome per year. However, as the series overtook Martin’s very precise and detailed source material, it began to draw from the rough outlines and “major points” for the books that Martin couldn’t make work even in prose. 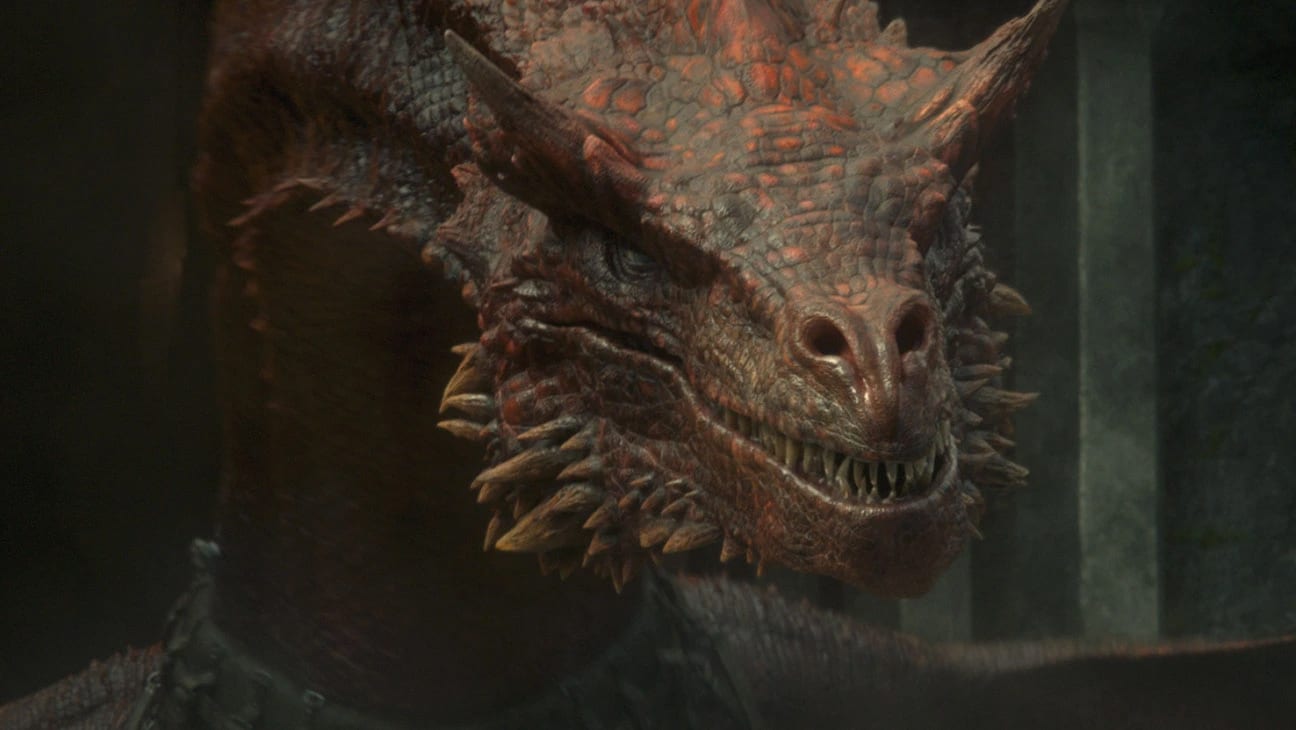 The result was a sharp and sudden shift, where the television show began having to take the sort of clumsy shortcuts that Martin couldn’t allow himself to take, because it had to reach the finish line and it couldn’t delay indefinitely like he could with the novel. There are a lot of broad strokes in the final seasons of Game of Thrones, along with convenient plot contrivances and bad decisions, that reflect a production team that is being asked to untie a knot that even the author himself cannot.

In contrast, the three or four seasons of House of the Dragon will draw from a single already complete text by Martin. While the show cannot replicate the book’s “unreliable narrator” conceit and has to invent its dialogue and character wholesale, it does mean that there is a solid basis of the show’s various plot and character arcs already in place. The knot has already been untied, and the garden can’t grow too wild.

Roger Ebert famously argued that it’s not “what it’s about, it’s how it’s about it,” and House of the Dragon finds a new way for Game of Thrones to be about itself.