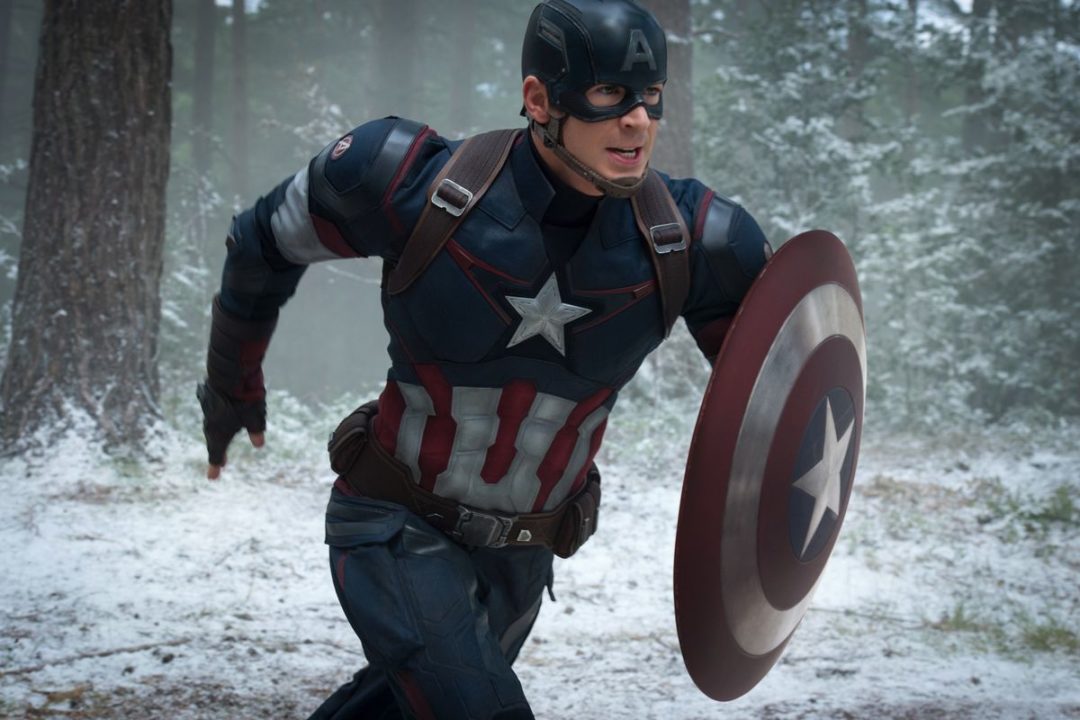 For decades after his 1938 debut, Superman was the dominant symbol of “truth, justice and the American way.” Portrayed in radio shows, cartoons, movies, live action television and even pop songs, he was indisputably one of the most popular superheroes of all time. Marvel’s Captain America, who first started fighting Nazis in 1941, shared many of the values of the Big Blue Boy Scout. But throughout the last 80 years, he didn’t have even close to the same cultural cache.

Then Marvel began its ambitious project to turn its stable of heroes into international film stars. Iron Man provided a truly modern hero, a vessel for commentary on corporate greed and the post-9/11 military industrial complex. Thor was pure science fantasy escapism. But Captain America: The First Avenger tapped into the same thing that made Superman so popular, producing an aspirational hero that’s a force of hope in a scary world.

While the date when Superman’s rocket landed in Smallville shifted over time to keep the hero contemporary, Captain America’s backstory was crystalized in World War II. Steve Rogers, a young man weak in body but strong in heart, desperately wanted to serve his country. A walking embodiment of Greatest Generation ideals, he earns his powers though displays of determination and courage including throwing himself on a grenade to save his fellow soldiers. He worked with a diverse squad to fight the ultimate force of evil and intolerance, then brought that pure idealism to the modern day. As man from the 1940s, he could easily be portrayed as sexist, racist or homophobic. He could show contempt for technology-dependent young people or feel alienated by how much America has changed. Instead he quickly rises to the challenges of a new era, making friends and allies without a care for what they look like or where they’re from.

Iron Man is the leader of The Avengers in Marvel’s films, but Captain America is their heart. A soldier through and through, he assesses the strengths and weaknesses of his compatriots and coordinates them to best use their abilities whether they’re battling German soldiers or alien invaders. And Chris Evans brought the role so much easy charm that the character’s hokiest moments always felt endearing. He’s certainly not the most powerful Avenger but, unlike Thor or The Hulk, he would never demean himself by squabbling over that title.

After seeing the smash success of the MCU, DC scrambled to play catch up by releasing Man of Steel in 2013. But while the MCU’s Captain America was true to his roots as a patriotic ideal, Zack Snyder reshaped Superman into a darker, more aloof figure. Negative portrayals of Superman are nothing new. He’s been everything from a government hack in The Dark Knight Returns to a communist tyrant in Superman: Red Son. Snyder defended his decision to have Superman kill his enemy General Zod by pointing out that the character has killed before, but he didn’t acknowledge the toll that taking life has traditionally taken on the character — driving him to self destruction in “Whatever Happened to the Man of Tomorrow?” or creating a terrifying, fascistic hegemony in Injustice.

Superman was meant to be a character that kids could look up to, not someone teenagers would think was hardcore. Snyder ceded that aspirational territory to Marvel, letting them continue to establish Captain America as the MCU’s most admirable hero. Snyder’s contention was that Superman should change with the times, but the MCU decided Captain America would not let the times change him. Captain America: The Winter Soldier showed that the hero will only fight for America’s leaders when the cause is just, serving as an indictment of corruption and government surveillance. But even when he’s forced to fight against fellow S.H.I.E.L.D. agents in that film’s incredible elevator scene he does so with charm and compassion, encouraging his opponents to walk away rather than face him. He believes in the power of friendship, love and redemption and will risk his own life based on those values.

The backdoor Avengers movie Captain America: Civil War doesn’t quite do the comic book version of that story justice. By simplifying the reason for the conflict between Captain America and Iron Man, basing it primarily on the fate of Steve’s best friend Bucky Barnes after he’s framed for assassinating Wakanda’s king, it loses the source material’s insight into how far Cap will go to protect his ideals as abstract concepts. By doggedly committing to protecting the tortured Winter Soldier, Captain America demonstrates his willingness to put everything on the line to fight for the ideals of freedom and self-determination he believes in, even if it means he has to fight his other close allies.

Both Civil War and Batman v. Superman: Dawn of Justice are there to give fans the chance to watch their favorite heroes beat each other up, and that similarity was emphasized by DC’s decision to change the release of their film to make sure the two wouldn’t compete. But even the more watered down version of Steve’s motivation in Civil War is stronger than Superman’s reasons for fighting Batman. Iron Man is misguided, going too far in his attempts to compensate for unleashing the genocidal AI Ultron on the world. But the title characters of Batman v. Superman are both murderers fighting to decide which of them is worse for the world.

In both cases, those fights are made to feel petty by comparison to an extraterrestrial threat. But there’s real power in the reunification that happens in Avengers: Infinity War because the divided characters have had multiple movies to develop a well-earned love and respect for each other. Superman’s death in Batman v. Superman might have the same cause as The Death of Superman comic book but it has no impact because it’s so hard for audiences to empathize with or even like this version of the character. Clark Kent’s demise is just a convenient plot device, leading Batman to try to compensate for the loss of an extremely powerful defender of Earth by pulling together the Justice League.

Compare that with the repeated rumors of Captain America’s planned death. Marvel baited fans ahead of Civil War by casting the villain Crossbones, who killed Captain America in the comic book version of the story. Steve lived to fight another day, but now that the second Infinity War film has finished production and Evans has said he’s done with the role, speculation is heavy that Captain America will die some appropriately heroic death saving the world. When DC announced Henry Cavill wouldn’t be playing Superman again, the fan reaction was largely “good riddance.” Evans, who’s managed to embody the role of the defender of liberal values on social media as well, received thousands of Twitter comments mourning the news of his retirement from the role or thanking him for his work.

Superman’s resurrection was set up as soon as he was put in the ground in Batman v. Superman, and with Cavill abdicating the role there’s already talk of possibly giving the character a new presence within DC’s Arrowverse television franchise. But it may be impossible to re-establish the character as the most powerful symbol of American heroism. Many characters have worn the mantel of Captain America over the years, and some of them are already well established within the MCU. Evans’ Steve Rogers may die, but Captain America is likely to remain a vital part of the MCU, continuing to fight for the absolute best America can be.