Wanting to switch careers to pursue a vocation that would be more enjoyable and satisfying is what drove playwright and screen writer Haris Orkin to turn his passion for videogames into his new job. The steps he took to become a writer and narrative designer for such high profile titles as the Call of Juarez series, Command and Conquer: Red Alert 3, and the soon-to-be-released Dead Island can serve as a template for anyone trying to make the difficult lateral career move. 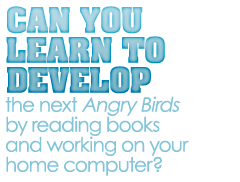 There are a number of schooling options, such as the specialized schools like Full Sail University, DeVry University and ITT Technical Institute, or part- and full-time programs at traditional liberal arts and sciences universities. Northeastern University, Stanford University, and DePaul University now offer courses of study in videogame design and development, and you can even teach yourself the fundamentals using online lessons and software provided by companies like GameSpark.

The choice may be a bit easier for the 18-year-old about to graduate from high school, but what about the 30- or 40-something with family and financial responsibilities? Is paying thousands of dollars in tuition and fees worth the investment? Can you learn to develop the next Angry Birds by reading books and working on your home computer?

After graduating from the University of Southern California with a Master’s in Creative Writing, Orkin started building a successful career writing and producing stage plays in Los Angeles and New York City. “But all along, I was a hardcore gamer, and have been since the advent of Pong. When my son was born, my wife claimed I wanted a kid primarily to have someone to play videogames with, and she wasn’t totally wrong,” he says, laughing. “As games grew more sophisticated and more reliant on narrative and vivid characters, I saw an opportunity but I wasn’t sure how to make the move.”

The good news is that the industry is hungry for new talent, and while a degree in a directly relevant discipline such as engineering or computer programming can open doors for you, having one isn’t a requirement. That’s according to Mary-Margaret Walker, CEO of Mary-Margaret Network, a firm that helps place its diverse clientele into the game, mobile, web, multimedia, IT, TV, and film industries. Walker says the industry is cyclical, and now we’re in a phase that’s favorable to making lateral career moves.

“I’ve been in the industry for more than 20 years, and have seen these cycles several times,” she adds. “There are times when a handful of really big developers and publishers dominate the landscape and the opportunities are limited. Then, all of a sudden, the corporations become big, slow behemoths that can’t move fast enough to keep up with the trends and go through rounds of layoffs. Those people then start their own companies and suddenly the smaller companies are more numerous and more on the cutting edge, and that’s the cycle we’re in now.”

Walker says there are two kinds of hiring going on today: companies that want the hot shot industry professional with years of experience, and those that will gladly trade experience for someone who is passionate (and typically willing to accept a lower salary).

“The most basic starting point is realizing that you have a passion for playing videogames, and along with this passion, you want to take part in the creation of games,” says Rob Catto, Program Director for Game Studies at Full Sail University. “First you have to determine if you already possess, or if you have the interest in obtaining, the skills associated with game development, be it as a programmer, an artist, an animator, designer, etc.” 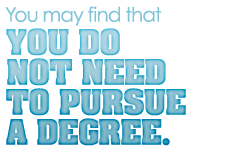 Located just outside Orlando, Fla., Full Sail University offers a variety of on-campus and online Bachelor and Master of Science degree programs including: Game Design, Game Development and Game Art. which were designed to equip students with the real-world skills needed in the industry . Catto also recommends gaining experience by researching game development when choosing to pursue an education or career in this field.

“There are plenty of people involved with independent projects looking for help, and a Google search for ‘indie game development’ is a great place to start,” he adds. “If you feel you do not have the skills associated with game development, then you might be interested in getting involved with a mod. You will get a sense for what it is really like to make a game and be part of a team.”

According to Terrence Masson, Director of Creative Industries at Northeastern, while the program is only for full-time undergrads, the sister College of Professional Studies offers part-time certificate programs in digital media including game design and interactive media right on campus.

“Beyond the technical or business skills, you need to have an understanding of the industry,” Masson says. “If you decide that going back to school in some fashion is best for you, look for courses that will help you understand what is going on in the industry, what’s driving the trends and why some companies succeed or fail.”

You may find that you do not need to pursue a degree, and that taking courses on a one-by-one basis will be sufficient.

“It is possible to get a good education and make contacts without upending your life,” says Suzanne Freyjadis, co-chair of the International Game Developers Association’s (IGDA) Education Special Interest Group. “Often times the local community college will have relevant courses, and that’s a great option especially for people making a lateral move who have full time jobs and family commitments. Community colleges offer the flexibility you may need in terms of scheduling, and are typically very affordable. “Additionally, community colleges often recruit industry professionals to teach the classes, so you can start building your network of contacts while you’re in class.”

And that brings us to a lesson just important as any you may learn in a classroom: You must begin networking.

“I joined every group I could, and found the Writer’s Special Interest Group of the IDGA very, very helpful,” says Orkin. “I also started going to the Game Narrative Conference in Austin every year. The information provided during the panel discussions and seminars was great, but even more helpful were the people I met. The veteran game writers who are part of the group have been incredibly welcoming.”

Orkin also started attending the annual Game Developer’s Conference and the Electronic Entertainment Expo (E3), where he met the team with the developer Techland, which had recently released the game Chrome and was working on a new Western-themed game. Orkin is a huge fan of Westerns and began talking to one of the developers about the narrative.

“I wasn’t even suggesting myself, I was just making some observations, but we kept in contact and I guess they liked what I had to say because they eventually hired me to help write Call of Juarez. Since then I’ve co-written, cast and directed the voice-over for all the Call of Juarez games, including the third one due out later this year, Call of Juarez: The Cartel. I also co-wrote Dead Island which is coming out later this year, so we’ve developed quite a partnership.”

The key to successful networking is not just demonstrating passion for videogames, but also showing off what skill sets you offer.

“The most important thing that someone needs to see about you after meeting you at a conference, whether you want to be a level designer, programmer, artist, marketing or sale, is that you’re actively working on your own projects,” says Walker. “If you want to be a level designer, you better have a collection of levels to show off. If you’re a programmer, have some demos at the ready, even if the artwork is bad. A pro will more easily remember you if you combine action with your passion. If you’re continually networking but saying ‘I can’t wait to start designing levels,’ you’re going to have a lot of short conversations.”

Companies like GameSpark can help you build a portfolio. GameSpark provides the tools to design and develop a complete videogame, starting with creating simple 2D mazes and platforms, eventually progressing into complex 3D games. You don’t need to know programming because you leverage a robust program called Game Maker to create games that demonstrate your understanding of fundamentals such as special relationships, what makes compelling game play, and how to avoid getting stuck in a wall. Additionally, you can use your creations to build your network of industry contacts.

“We encourage anyone who has completed the tutorials to share their creations in forums, with their friends to show off what you can do and to learn from others,” says Amelia Petrovic, Marketing and Public Relations Manager for GameSpark. “As a tool, it’s most valuable for gaining an understanding of the components and exploring your true level of interest of making the move into the industry.”

Before he started networking at industry conferences and events, Orkin was able to make invaluable contacts simply by doing what he loved: playing videogames online. He was partial to Soldier of Fortune 2.

“I was recruited by a top clan and competed in tournaments, and eventually tracked down the person who wrote the script for the single player campaign. I told him I was a screen writer and made a bargain with him: I would help him with screen writing contacts if he would teach me about the game business. He introduced me to a lot of game developers and I invited every one of them to lunch.”

That’s how Orkin met a producer at Blizzard, and they kept in touch. When the producer moved to Atari, he recruited Orkin to work on Dungeons and Dragons: Dragonshard. That project marked his first step into the industry.

“I love the game business and I really believe that interactive narrative is an unexplored frontier,” he adds. “It’s thrilling to be on the ground floor of a new medium. I write the games I want to play just like I write the movies I want to see. I love working with game designers and producers and artists and programmers. Plus, so far, there’s less B.S. than you find in Hollywood.”

Freelancer Andrew Ryan is a native New Englander who has lived in South Florida for eight years and still can’t get used to the summer heat and humidity.

We Don’t Need No Education