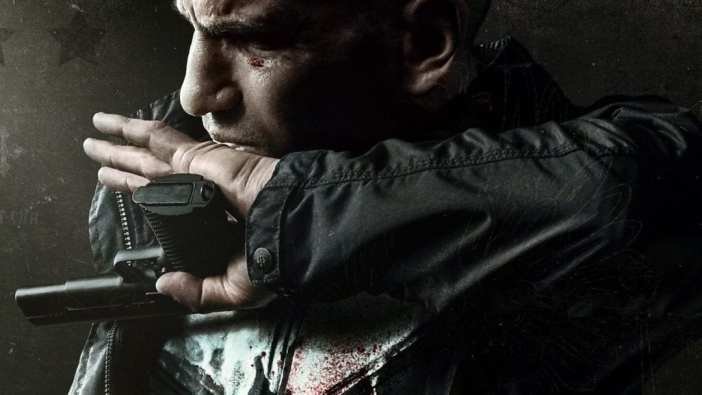 Netflix cancelling The Punisher got me thinking about why I enjoyed the show so much in the first place. The Punisher should be one of the easiest comic book characters to get right on screen. He’s not like Green Lantern, someone with an enormous, complicated mythology and he’s not someone you’d put in a massive, expensive blockbuster like The Avengers. Every studio in Hollywood has at least one generic action film script that where they could just find/replace the main character’s name with Frank Castle and no one would be able to tell it wasn’t a Punisher movie from the start. So why did Punisher only click with the Netflix shows? Netflix got the character in a way that no previous adaptation did and on a deeper level than a basic action movie with Frank slotted in would have.

New World Pictures made the first attempt in 1989 with The Punisher starring Dolph Lundgren. The production company was famous for its stable of schlocky action films and should have been able to nail the character, and the flick is actually pretty decent in a vintage B-movie from the local video store kind of way. It was hurt by the fact that it came out when comic book films were (rightly) looked down upon because most of them sucked; Dolph’s Punisher only sucked a little.

Lundgren’s portrayal isn’t a wash, though.  He looks like he never sleeps or even takes care of himself. He’s pale with heavy bags under his eyes and lots of stubble. That look doesn’t come from the comics, but it’s reflective of a disturbed, obsessive figure like Frank Castle. Maybe if Lundgren was a better actor he could have pulled off an unusual but still iconic version of the character like Michael Keaton’s Bruce Wayne. But he’s not. The film even has a distinctive story: Frank is forced to work with the mob that caused the death of his family so that he can save kidnapped children from the Yakuza. That’s also not particularly true to the comics — I doubt that the Punisher could compose himself long enough to work with a mob boss — but it’s certainly novel.

Cut to 2004 and we have the Thomas Jane-starring The Punisher. Like with the Lundgren film, this version makes Frank a former law enforcement officer rather than a veteran; this time he’s FBI.Cutting Frank’s military background makes his brutal, explosive tactics feel especially off in this incarnation. Director Jonathan Hensleigh said he was focused on adapting the Punisher series Punisher: Year One and Garth Ennis’ Welcome Back, Frank, but his film never really feels 100% like a Punisher tale. It’s a solid vigilante movie, but just an OK Punisher film. Frank relies far too much on bombs and even removes his signature skull vest during the final fight. In fairness, this was meant as an origin story, and a sequel likely would have made more Punisher-esque. Hensleigh and co-writer Michael France wanted to get at Frank’s humanity, and while I can respect that, the whole point of the Punisher character is that he practically has no humanity left. Even The Punisher: Dirty Laundry, a short film starring Jane and Ron Perlman, made the Punisher seem like someone trying to avoid being the Punisher.

The 2004 movie made enough of a profit to justify a sequel, albeit a very modest one. With new a new director and a new lead actor, Punisher: War Zone follows the same mold as The Incredible Hulk, a film that’s functionally both a reboot and a soft sequel. Visually it’s spectacular. The lighting makes it resemble the work of famed Punisher cover artist Tim Bradstreet, who also painted the film’s poster, while actor Ray Stevenson (who later played Volstagg in the Thor movies) looks like legendary comic artist John Romita Jr.’s drawings of the character have come to life.

Punisher: War Zone is at least refreshing as an action flick. During a routine (for the Punisher) shootout with criminals, Frank learns that one of the people he killed was an undercover cop. This bothers him so much that he seeks forgiveness from the cop’s widow and seriously considers giving up being the Punisher. The writers wanted to flesh out Frank’s personality in the movie, but it comes at the cost of taking him even further away from his comic book roots than he was at the end of the Thomas Jane movie. Since this is supposed to be about five years into his career, Frank should be too blindly committed to his goals to stop. Another problem is that they’ve skipped part of the Punisher’s origin story. We don’t know his history with the hacker Microchip (played by Newman himself, Wayne Knight), and while the character only appears a few times in the movie, the script does nothing to fill us in on who he is at all.  Knight is as lovable a character actor as ever, but his partnership with Frank doesn’t feel tight. When Microchip gets killed it doesn’t hit as hard as it should.

That finally brings us to the Netflix series. Like the movies, it also made changes to the Punisher character but this version hews far closer true to the character’s original spirit. Frank’s former life as a marine is front and center, and the writers used his veteran status to put meat on the series’ bones. There’s an edge to Jon Bernthal’s incarnation of the Punisher that was missing from earlier adaptations. Even if you’re his partner, like this distinctly post-Edward Snowden version of Microchip, you don’t want to be stuck in the same room as Frank. That was true even before the series began, starting with the character’s first appearance in season 2 of Daredevil. This Frank will quickly shift from having a functional human interacting  with a pawn shop owner to wanting to murder him when he learns he’s selling child pornography. That’s the Punisher. You feel sorry for him, but at the end of the day he’s more a wild animal, a dangerous figure to keep your distance from.

The Punisher films were trying to make Frank into a typically relatable hero vigilante, but that robs the character of makes him compelling in the first place. There are plenty of antiheroes in fiction, but almost all of them have a heart of gold. What makes the Punisher unique is that he has no heart; you’re never sure how much you should be rooting for him. It often feels like you’re reading the story of a murderous sociopath who needs to be put down more than  the criminals he goes after. (Some may not agree with that reading, especially if they’re the type of person who wants to use that skull logo on their jackets, military outfits, or squad cars.) That’s what I always got out of the comics when I read them. The Netflix show is the only adaptation where I get that same feeling.