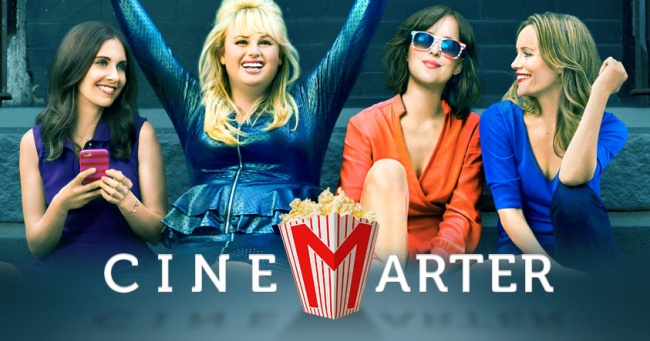 There’s a stigma against being single. You can’t be successful and happy if you’re not in a romantic relationship, we’re told. So, then, here comes How to Be Single, which aims to teach its viewers that they, can, indeed, be both of those things without having a partner. Does it completely succeed? Not really, but it’s a start. It’s an attempt to subvert the stupid rom-com cliches of which we’ve all grown tired, and even though it ultimately doesn’t work all the way isn’t reason to throw it in the trash. It’s a prototype, and maybe somewhere along the line someone will pick up the pieces and reassemble them into something better.

How to Be Single follows four women in New York City. Alice (Dakota Johnson) is the closest we get to a lead. She’s recently asked her boyfriend to take a break so that she can find herself – she’s never really been single, and that means she’s adapted her personality to fit the relationship she’s been in, not what she truly needs. At a law firm, she meets Robin (Rebel Wilson), who is perpetually single and would rather stay the night with literally any guy than go home alone. Meg (Leslie Mann) is Alice’s sister, a single doctor who decided to focus on her career than a relationship or children, believing that they’d hinder her potential. She decides to have a child with the help of a sperm donor. Finally, Lucy (Alison Brie) is looking for love using a numerical system to weed out anyone not compatible with her – and isn’t having the most amount of luck. 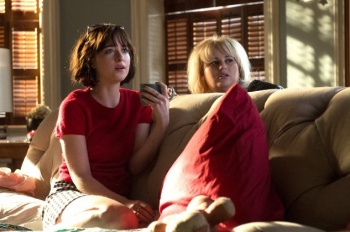 That’s a lot going on, so it shouldn’t come as a surprise that How to Be Single is an unfocused mess. It goes from subplot to subplot, rarely getting to the point, and mostly just throwing its leads through various situations whose outcomes are easy to figure out. Alice goes through a few men – Robin’s advice to her is that, if you are single, you should sleep around – before figuring out what she really wants, while Robin disappears for much of the film and comes across more as someone who exists just to teach Alice lessons. Meg finds one guy (Jake Lacy) who is basically the nicest guy ever, while Lucy learns that maybe, just maybe, love can’t be algorithmically determined.

Mostly, though, we just watch these individuals do whatever they want, with whomever they want, before the film eventually declares what it means to be single, and how one should cherish it – for however brief or long a period they may find themselves in that state. It doesn’t organically weave this throughout the film, as its characters don’t even figure out anything of importance until the last 20 minutes, at which point an epiphanic monologue tells us that one of them has finally “got it.”

A bit of a letdown, simply because it feels unfocused and struggles to clearly get across its purpose until it has 20 minutes left, How to Be Single is a funny movie with a strong cast, but doesn’t quite succeed at being the anti-rom-com it sets out to be.

How to Be Single winds up being a frustrating movie because you can see where its intentions lie. You can see that it genuinely does want to celebrate the single life in order to better yourself as a person, and how it does believe that you don’t need a significant other in order to be happy. The execution, meanwhile, is too meandering to deliver that message with any impact, and the plot – “what plot?” – suffers because of this as well.

This is, however, a comedy, so what matters most is whether or not it’s funny. How to Be Single is pretty funny, especially if you’re a fan of the humor found in something like Bridesmaids – the go-to R-rated female-centric comedy nowadays, I guess. It’s filled with sex-centric jokes that you can only get away with in an R-rated film. But a lot of it does work, and you won’t go more than a couple of minutes between at least a modest chuckle, if not a full out-loud laugh. This is the most important thing, and it thankfully delivers when it comes to the jokes.

How to Be Single also features a very game cast, most of whom feature strong comedic timing. Dakota Johnson is good enough here to make us forget about her last Valentine’s Day release, here playing awkward incredibly well. Rebel Wilson, on the other side of the spectrum, continues her confident and obnoxious shtick with enthusiasm. Leslie Mann and Alison Brie are welcome additions to most casts, and here are just plain funny. On the male side of the spectrum, we’ve got the likes of Nicholas Braun, Damon Wayans, Jr., Jake Lacy, Anders Holm, and Jason Mantzoukas, all of whom get a few solid moments.

A bit of a letdown, simply because it feels unfocused and struggles to clearly get across its purpose until it has 20 minutes left – and does so with no concept of subtlety – How to Be Single is a funny movie with a strong cast, but doesn’t quite succeed at being the anti-rom-com it sets out to be. It has enough laughs to make it worthwhile, but ultimately just feels like the first draft. It will hopefully be followed up by better films.

Bottom Line: A funny movie whose plot is too muddled and meandering to effectively get its point across, How to Be Single is a mixed bag.

Recommendation: If you like vulgar, sex-centric comedy, you’ll likely have a good enough time with How to Be Single. If you’re looking for the guide its title promises, it won’t satisfy.