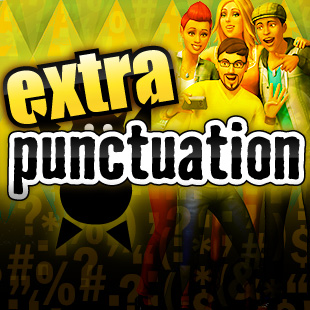 There’s one thing I’ll say The Sims 4 has over The Sims 3, and that’s that it at least doesn’t pester you to share your latest achievements on Facebook every five fucking seconds. But on the other hand, I mainly didn’t like that because I’m a hunchbacked goblin who hides under a bridge from the judging eyes of society, and for the kind of people who actually like The Sims, that’s just another for the list of features The Sims 4 has arbitrarily removed.

The Facebook game bubble has shrunk rather drastically of late, and it’s reasonable to want to distance yourself from that, but The Sims was practically a Facebook game before Facebook games were a thing. It’s a game about tacky consumerism and building the biggest and most impressive collection of stuff to make the neighbors jealous, and extending that to the real life ‘neighbors’ of the internet seemed like a natural fit. Not that I want to see Facebook feeds loaded down with reports that an imaginary person on an acquaintance’s computer got embarrassed at an imaginary shower, I’m just saying it made sense from the Sims’ perspective.

The Sims 4 is one of a growing number of examples of backtracking in current generation gaming. It seems to be an inevitable consequence of the rise of gaming technology reaching a plateau. A series manages to finally take itself to the natural zenith possible only when all technical limitations are removed, only to find that it then has to continue making games after that point, everyone having stubbornly failed to spunk themselves to death at first sight of the magnificence. So all they can do at that point, having upgraded their way into a corner, is to weakly roll back and hope nobody notices as they pretend to innovate all over again.

Mario did this. With Mario Galaxy, the core concept of a Mario platformer was elevated to its highest possible level. And then, with nowhere to go from there, the franchise has been stumbling its way along the WiiU and 3DS making what amount to 2D games. The Sims 3 represented a logical conclusion for the development of the Sims as a concept – a whole town in which to interact with the populace, not just a single plot at a time, with a myriad of activities and features new and old. But the march of time and corporate culture demands sequels, and where could it go from there?

Well. Frankly, there were still a couple of ways the formula could have been further enhanced, and The Sims 4 attempting to immediately roll back felt premature at best. I’ve got a couple of suggestions, actually, and do bear in mind that I’ve only played The Sims 3 vanilla and that one of my suggestions might already have been implemented in one of the DLCs, so if that’s the case, sorry I couldn’t devote more of my time to playing with your dollies. 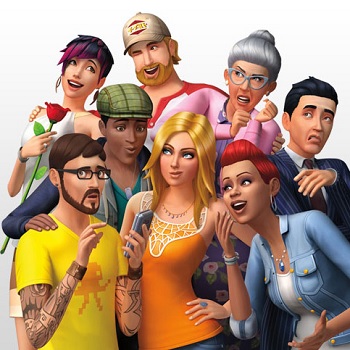 There was one thing left out when The Sims 3 introduced the ability to watch your Sim go anywhere in town and patronize local businesses, and that was the opportunity to see and control them while they’re at work. You could only ever look at the exterior of the building and listen to noises, and have events of the work day summarized in text. Letting us glimpse behind that particular curtain would have introduced a whole new dimension of possibilities, which would have made a sequel quite justified. No more simply having to assume that your Sim is ‘working hard’ or ‘socializing with coworkers’ as instructed, now you can flat-out instruct them to go make WooHoo in the stationery cupboard.

Now, admittedly sending your Sim to work is supposed to give you a little breather in between micromanaging every aspect of their hopeless little home lives, just like when they go to sleep, but fuck that, if you need a break, use the pause button. In fact, why not let us control them while they’re asleep, too, exploring a surreal dreamscape in which they meet lobster-clawed sea lion people and shag them in a stationery cupboard.

I’m surprised this has never crossed anyone’s mind at The Sims head office, but I always feel there’s a palpable distance between me and the characters with whose lives I would meddle. Comes from having to float over their house the whole time knocking holes in the walls to look through. I’m proposing the addition of the ability to step inside one of your Sims and view the world from their perspective. Changing nothing to the controls etc, so you’re still clicking on fixtures in the house to have your character interact with them.

I think players would appreciate being able to get down and see the decor they have constructed from ground level, so that they could perhaps understand why their characters vomit with loathing every time they walk into one particular room of the house that has been decked out with pink flock wallpaper and zebraskin rugs. I’d also like, when I am inside the head of a Sim, for them to gain a slight awareness of my presence, and for there to be an associated moodlet called ‘Being John Malkovich-esque Existential Crisis’.

Let’s face it, there are two ways to have fun with a life simulator game, and that’s by swapping between the twin roles of the god Shiva, the Creator and the Destroyer. First you create, you build a world for all these little lives, gain the satisfaction of seeing something of yours come into being, grow, and flower. And then, you do a manual save, and you tear it all to fucking bits before the eyes of your people. There’s a reason why several SimCity games have had the option to activate major disasters at will, because there’s a little part of you that gains a curious sense of cathartic release from seeing something you’ve put hours of work into go back to dust. It’s even more fun when you accidentally save afterwards and then have to shamefacedly reassemble the shattered results of your cosmic wrath, in a stark metaphor for living with bipolarity.

So, that’s my third proposal: a gun. A simple one. A device for deleting living things from the world in as messy a way as possible. It’d make it easier to navigate tight corridors when someone’s in the way, and provide a means to immediately end the embarrassment that comes from walking in on someone in the shower. And hey, it’s just occurred to me that if we combine all three of the ideas in this column then The Sims could double as an FPS simulating life in the modern American corporate workplace.