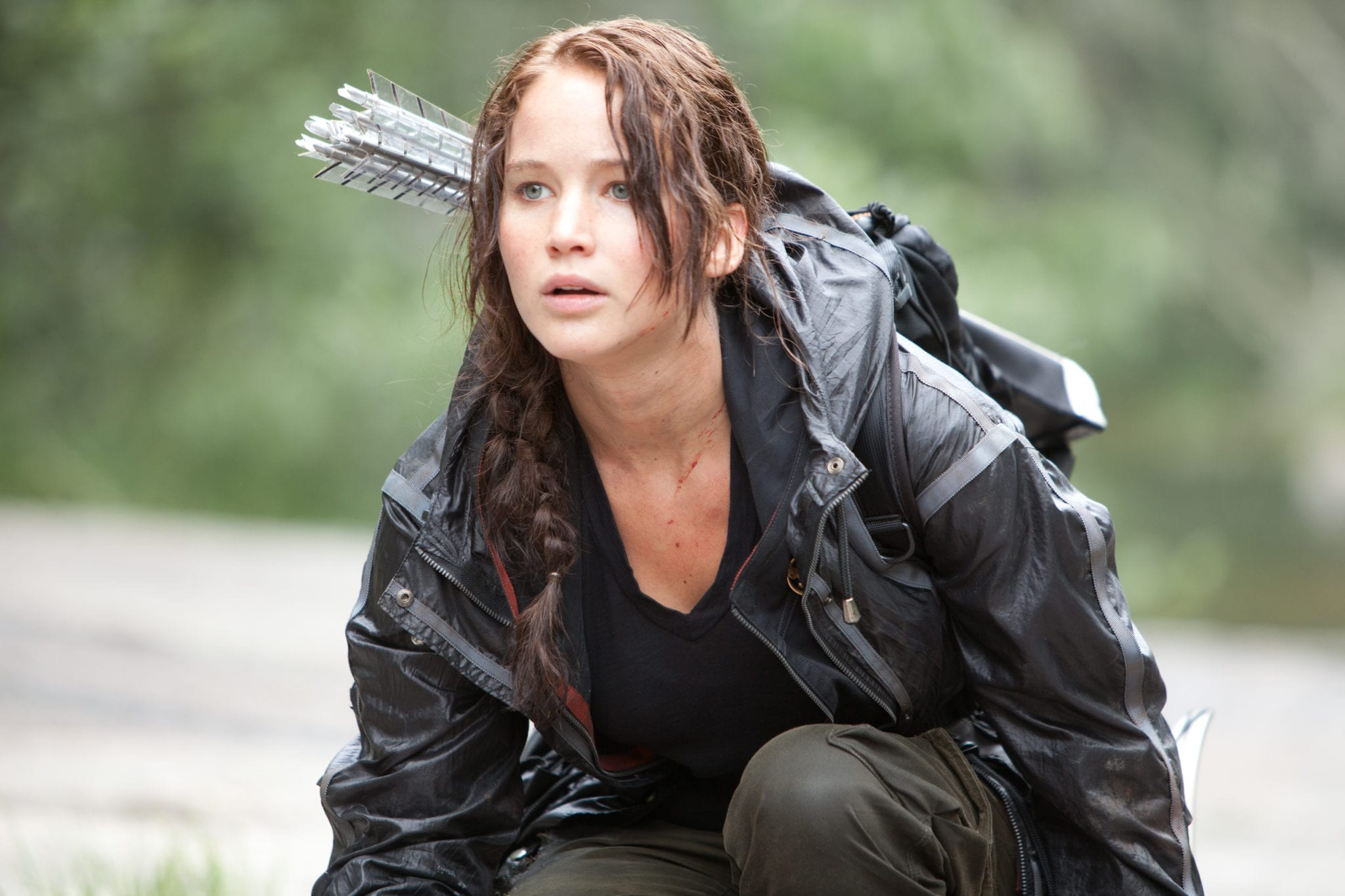 Jennifer Lawrence stars as 'Katniss Everdeen' in THE HUNGER GAMES.

The idea of a battle royale is simple: put a group of people together and force them to fight to the death. The last one alive wins. This simple concept was popularized by the 2000 film Battle Royale (based on the 1999 novel of the same name), but it is more widely associated with the Hunger Games trilogy and Fortnite.

You might think that the law would be straightforward. Murder is illegal, so it it should be illegal to participate in a murder tournament. There are a few problems with that “obvious” solution. The rules of a battle royale tournament do not actually require participants to murder or kill their adversaries. The only rule is that the last person alive wins. As a result, someone could opt in to a battle royale tournament with no desire or intent to kill anyone and just try to survive and outlast the other participants. If we frame the battle royale this way, then the only way it could be considered illegal (in the absence of additional legislation) would be if the tournament offered prizes that would qualify as a tontine — an illegal fund shared by a group of people whose payout increases as the others die, with the entirety of the investment going to the last remaining survivor.

That answer is unsatisfying since it ignores the common conception of battle royale tournaments as actual fights to the death. Fortnite: Tontine Edition would almost certainly have the lowest view count and livestreams of any Fortnite tournament to date. So what happens if we consider these tournaments on their own terms as actual fights to the death? If we adopt that common perception, then anyone who volunteers to compete would be guilty of conspiracy to commit murder, and any victor would likely be guilty of murder.

But what about people who are forced to compete in a tournament, like The Hunger Games’ Katniss Everdeen or Peeta Mellark? If someone were abducted and made to compete, could they be prosecuted for any resultant homicides? The answer depends on the specific facts. The only relevant legal theory that could excuse murder in this context would be self-defense. But that theory is extremely limited. Individuals are only allowed to use physical force when there is an imminent physical threat with no ability to retreat. Additionally, the amount of force used must be proportional to the threat. Individuals are not allowed to use lethal force to respond to what is clearly a non-lethal threat, and are not allowed to use any force once a threat has been neutralized. Moreover, self-defense does not justify the use of preemptive force.

This imposes fairly steep restrictions in a battle royale setting, considering that there will often be avenues of retreat and it will often be possible to defeat an attacker without killing them. In The Hunger Games, Katniss killed a group of her opponents by dropping a lethal wasp nest on them. She also killed another opponent because she was angry that he killed one of her friends. Because there was no immediate danger to her or anyone else at the time of her actions, Katniss would not be able to prevail on a self-defense claim.

There is an additional aspect of battle royale tournaments to consider — external pressure to kill. In Fortnite, that pressure is provided by “the storm,” an ever-shrinking circle that forces competitors to a central location. In The Hunger Games, the pressure is provided by a “game master” who engineers creative and sadistic ways to force competitors to fight each other. Regardless of the particulars, the essence of the problem is the same: someone or something external to the game makes it clear that if you do not kill your opponents, you will die. Does this kind of external motivation provide a legal justification for killing?

Once again, there is a natural inclination to point to a theory of self-defense. But self-defense can only be used to justify killing an aggressor. It cannot be used to justify killing one person to persuade a third person not to kill, nor can it be used to justify a killing that indirectly saves lives by staving off bad weather or curing unsafe conditions. In a sense, this idea is counterintuitive. If killing one person would somehow prevent a storm that would kill 30, then many would say that it is not just permissible, but morally required to kill that person. The law says otherwise. The analysis originates in an old English case, R v Dudley and Stephens. In that case, a group of three sailors were shipwrecked. Facing starvation, two of the sailors killed the third and resorted to cannibalism to survive. They were then charged and convicted of murder.

The court concluded that the dire circumstances did not excuse the sailors’ actions, employing the theory of “legal aspirationalism” to enforce idealized standards of behavior even while recognizing that those standards are difficult or impossible to meet. The ruling explained:

We are often compelled to set up standards we cannot reach ourselves, and lay down rules which we could not ourselves satisfy. But a man has no right to declare temptation to be an excuse, though he might himself have yielded to it, nor allow compassion for the criminal to change or weaken in any manner the legal definition of the crime. It is therefore our duty to declare that the prisoners’ act in this case was willful murder, that the facts as stated in the verdict are no legal justification of the homicide.

Those same standards would apply in a battle royale setting where a deadly storm is raging, a captor makes clear that you will not be released until all competitors are dead, or there are a variety of death traps that will remain active for the duration of the competition.

The end result is that the law provides yet another reason why individuals forced to compete in a battle royale tournament are not in an enviable position. Regardless of the unfortunate events that led to one’s forced participation, the law still imposes meaningful constraints on one’s behavior. While it is theoretically possible to win the tournament without committing a crime, one would have to adopt a purely defensive strategy while also limiting one’s avenues for retreat, engineering encounters so that any use of defensive force would be both reasonable and lethal, and avoiding any death traps, storms, or hazards constructed by tournament organizers or spectators. For that to happen, you would really need the odds to be ever in your favor. Good luck.