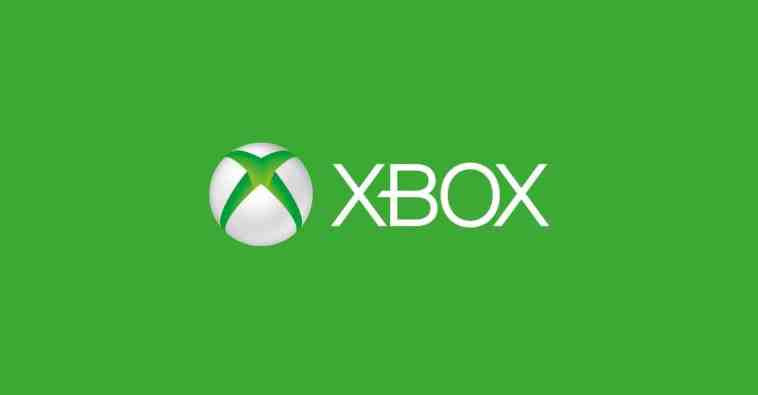 When it comes to the Xbox Series X so far, Microsoft has shied away from holding a massive reveal event in favor of smaller info drops via Twitter and Xbox Wire posts. Today was no exception, with Head of Xbox Phil Spencer publishing an article that highlights a lot of the specs of the upcoming console. While I’ll leave the analysis of things like 12 teraflops and Dynamic Latency Input to folks who are way smarter than me, the one thing that really stood out to me came near the end of the post. In detailing the future of Game Pass, backward compatibility, and other user-facing features, Microsoft has surpassed Sony and Nintendo in turning the Xbox into the most consumer-friendly console out there.

Perhaps what’s most impressive about this ascent is how Microsoft had hit such a low point just prior to the start of this console generation. The Xbox One reveal event in May 2013 was the stuff of infamy, with the major takeaways being muddied messages on whether the upcoming console would require a Kinect and an internet connection at all times, as well as creating massive barriers in regards to used/shared games that Sony iconically lambasted at E3. Obviously these policies would be reversed prior to the Xbox One launch in November 2013, but a lot of the damage had already been done.

But when Phil Spencer took over as the Head of Xbox in 2014, the company’s relationship with the consumers began to right its course. This wasn’t easy or immediate, especially when it came to the first-party and exclusive output. From high-profile cancellations like Fable Legends and Scalebound, to disappointing final products like ReCore and Quantum Break, it was especially rough when placed against Sony’s stellar first-party output throughout most of the generation. But those were a lot of problems that Spencer had inherited. If you look at what he’s put his thumbprint on since, you see Microsoft acquiring several high-profile studios such as Double Fine, Obsidian, and Ninja Theory, which helps with both quantity as well as quality when it comes to their library.

With all of those studios and the rise in prominence of movie and TV streaming services like Netflix and Hulu, Microsoft created its own similar platform in Xbox Game Pass. Since its launch in June 2017, Xbox Game Pass has become one of the absolute best deals in all of gaming. The library of games has been consistently high in quality, with the announcement of new drops rarely disappointing, especially compared to its most direct competitor in Sony’s PlayStation Now. Having games in the Microsoft family such as Forza, Gears 5, and The Outer Worlds available on day one makes the service pay for itself for anyone interested in them. Likewise, knowing that first-party staples like Ori and the Will of the Wisps and, perhaps most importantly, Halo Infinite will be on the service at the Xbox Series X launch keeps people engaged with Game Pass.

Aside from the obvious first-party titles, Game Pass has also supported major third-party franchises like the Tomb Raider trilogy, Grand Theft Auto V, and The Witcher 3. It’s even had massive games shortly after their release, with Devil May Cry 5 and Rage 2 currently on the service less than a year after their initial launches. And of course there are the indies, with 2019 standouts like Outer Wilds and Afterparty both available at launch on the service. Finally, there are a handful of 360 games on the service, such as Fable Anniversary, Mass Effect, and Ninja Gaiden 2, as well as even a few original Xbox games like Panzer Dragoon Orta and Fusion Frenzy. If Microsoft could continue adding to this with other titles that many consider to be in the video game “canon,” then the service could become an integral way to experience and embrace the past.

That last bit is also an important part of how Microsoft is earning its consumer-friendly stripes. It’s easy to overlook, but the E3 2015 announcement that Microsoft would be bringing backward compatibility to Xbox One was a pivotal moment in Microsoft’s relationship with the player, as well as how the company viewed its own legacy in the gaming space. History and preservation are just as vital in video games as they are in any other medium.

With digital games like Scott Pilgrim vs. the World, Teenage Mutant Ninja Turtles ‘89, and The Simpsons arcade being removed from online stores and services over rights issues — not to mention the absolute disaster surrounding Konami, Hideo Kojima, and P.T. — the impermanence of digital media has never been clearer. So the fact that I can take my physical copy of Halo 2 that I bought on the original Xbox in November 2004 and play it using my Xbox One X and presumably Xbox Series X in 2020 is remarkable. Knowing that so many of the physical games I own, as well as the digital Xbox One library I’ve accumulated over the past generation, will be making the trip over to the Series X with me at launch is incredibly reassuring.

While we still don’t know the details of how the PlayStation 5 will handle backward compatibility, Xbox’s approach is obviously a contrast to how PlayStation 4 and Nintendo Switch handle their legacy libraries. Discs from previous Sony consoles don’t work on the PS4, and the Switch uses a different media format altogether. While Sony has a decent selection of legacy PS3 games available via PS Now, the older library is certainly lacking.

And Nintendo has been facing its own struggles with its robust archive of games on Switch. While having a few dozen NES and SNES games available via Nintendo Switch Online at an affordable price of $20/year is a great deal, the library pales in comparison to what we could buy on the Wii and Wii U Virtual Consoles. And while the NES, SNES, and PlayStation Classics were nice, having to re-buy games I’ve already purchased several times in the past isn’t exactly the most consumer-friendly move.

Microsoft is on its way to remedying that last problem. One of the final details in the most recent Xbox Series X news was the announcement of “Smart Delivery.” What it boils down to is, if you buy a game that’s cross-generation, you’re able to play it on whichever console you want. So for instance, if you buy Halo Infinite this fall for Xbox One but hold off on upgrading to the new hardware until 2021, when you do finally jump into the Series X, your Halo purchase will work there as well.

While this technology will be used on all exclusive Microsoft Game Studios games, they’re opening it up to interested third-parties as well, with CD Projekt’s Cyberpunk 2077 already on board. This becomes very interesting when you consider games that have already been announced for the current generation like Final Fantasy VII Remake, Marvel’s Avengers, and Watch Dogs: Legion, which will almost assuredly make their way to next-gen consoles as well.

Microsoft’s recent announcements are even more positive when placed against the competition. For instance, the lone drawback from Nintendo’s wonderful Animal Crossing Direct from last week was the rigid nature of if/how you could transfer your save to another console, which is especially annoying considering how Nintendo has already released several new Switch models that make upgrading a tempting offer. Microsoft is setting an impressive benchmark and creating an expectation that Sony really can’t risk under-delivering on. Despite not having a splashy reveal event, Microsoft has done a fantastic job of slowly delivering Xbox Series X information that points towards an incredibly consumer-friendly future.