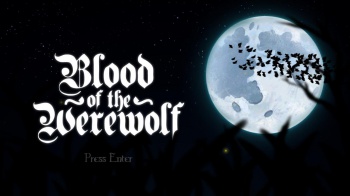 Long, long ago, “Game Over” was a very real thing in games. I saw it most frequently in level 8-X of Super Mario Bros, but it was fairly prevalent throughout my early gaming years. From Ghouls ‘n Ghosts to Contra, you had a few lives (Let’s just ignore the Konami code for this discussion) which, once gone, meant you got to start over from scratch. It was entirely unforgiving. It was endlessly frustrating. It was amazing.

After a couple decades, however, I’m not really into the same kind of gaming experience I used to be. I don’t want to be punished harshly for losing my footing on a precipitous ledge. I don’t want to upgrade my armor, only to have it fall off the first time I smack into an enemy. I’m not exactly a casual gamer, but I still prefer a slightly more casual experience than the halcyon days of the NES had to offer. That said, I still really enjoy platformers of all stripes. DuckTales: Remastered was one of the best gaming experiences I had this year. It was still challenging, but the developers integrated some modern features to make it more palatable for today’s audience. Namely, a level selection option and game saves.

I’m not here to talk about DuckTales, though. I’m here to talk about a darling little indie platformer from Scientifically Proven that harkens back to the glorious days of old-school platforming. When I first caught a glimpse of Blood of the Werewolf, I was sold mostly on the basis that it featured challenging platform sequences with a Ghouls ‘n Ghosts-style projectile. Then I sunk a few hours into it, and realized how much more this game is than a throwback to the arcade cabinet I plugged the most quarters into during my formative years.

Blood of the Werewolf shows that you can make an already-proven formula even better. Where I thought platformers were mostly dead, albeit with a few notable exceptions in the last decade, they were just waiting for the right team to come along and make them viable in the current gaming environment. For starters, there is a robust checkpoint system in place to keep things from being too frustrating. Blood of the Werewolf prides itself on the challenge it presents, but you can’t make old-style games with that much challenge, since that makes them largely unplayable. If you like a challenge, you’ll appreciate the addition of checkpoints, since it means the game itself can be significantly more difficult without alienating its audience. While I’m not the best platformer by any means, I still enjoy the challenge of a good sequence, so I very much appreciate the challenge allowance offered by a serious checkpoint system.

There’s also the magnificent health bar. I grew up playing games where you could take two hits at the best of times before you died. What sense does it make for a tiny little bat to deal as much damage as a building-sized boss monster? None, I tell you. Suffice to say, I was really pleased when I realized that Blood of the Werewolf gives you a health bar, so you’ll take a sliver of damage from that bat, and you’ll take a big chunk of damage from the boss. Just as important is that as long as you’re careful, you can take more than two hits before you die.

While I really enjoy a challenge, I get tired of the frustration inherent in “Game Over” screens, so Blood of the Werewolf is right where I want my platformer to be. It abuses the checkpoint system to make the gameplay that much harder. It allows you the luxury of running into a few bats in any given section, while still punishing you for failing to dodge a boss’ attack. It’s a near-perfect reworking of what is arguably the most common formula in gaming history. I simply can’t stop playing Blood of the Werewolf.