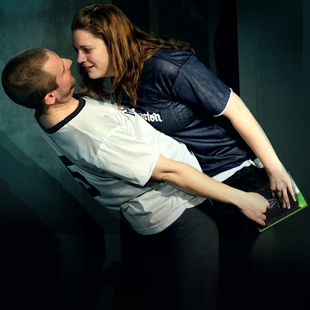 Let’s start this off by talking about the differences between casual and hardcore gamers for the purposes of this article. Hardcore gamers are midnight release grabbing-stay up all day and night playing-barely stopping to eat warriors. Casual gamers could pick up a release anywhere from a few months to a few years after the release date, play leisurely in small groupings of time, and probably would pause the game to go grab dinner. In this article, we’re talking specifically about people who enjoy the same games that hardcore players do, just in different ways. And yeah, I’ll say it. I place myself in this casual gamer category.

Now that we’re all on the same page, I have to ask. Why is there so much hate for this group? Like many casual gamers before me, I’ve felt the burn of the term. It comes with a stigma, a nametag that suggests I’m somehow in the wrong for playing a game the way I enjoy. With this comes a sense of shame; a worry that it’s somehow inappropriate for me to associate with the term ‘gamer’ at all. And frankly, I just don’t get the point.

Before an uprising starts, hear me out. What is so wrong with playing a game casually? Is condemning a casual gamer really worth the energy expended doing so? Does being a causal gamer really make you the spawn of the underworld? Not in the slightest.

“But casual gamers don’t have the same enthusiasm that we do! They could never understand all the awesome things about X.” Not true. There’s absolutely no reason why someone can’t be excited about a title and still prefer to take their time playing it. There are, however, plenty of reasons why someone might choose not to immediately barrel through a game title. That in no way should negate their enjoyment of that title.

A slower pace gives a casual gamer the opportunity to fully explore the landscape of a title, to indulge in an inherent curiosity about the game world, and to really delve into the game’s facets whether that be general gameplay, leveling up, side quests, or simple exploration. Playing games in marathons as opposed to sprints also makes it harder for the casual gamer to get burnt out on a specific title or genre. By taking the time to explore and enjoy a title in a way that makes sense for them, casual gamers find just as much enjoyment as hardcore gamers do.

“But this game came out so long ago! Why are casual gamers just now getting around to playing it?” Many casual gamers wait to play a new release often because they turn to hardcore gamers for advice. Casual gamers frequently trust hardcore gamers to make informed decisions about game titles and then use this information as a basis for their own game-buying decisions. And let’s be real, the economy is still rough and casual gamers sometimes wait to play titles simply because of the price tag. Many casual gamers feel they can justify buying more games by waiting until the price for big name titles lowers after launch. This allows a casual gamer to still feel validated in making the right choice for them even if that means playing a title at a later date.

Let’s use Skyrim as an example. Say someone is just now getting around to playing this wondrous game. So what? Does that mean that they can’t possibly enjoy it as much as someone who’s spent the last three years playing it? If you could start it all over again and experience for the first time the impeccable awesome that is Skyrim, wouldn’t you? And bonus, now you can get Skyrim for about half the price it was at launch. So why is the initial reaction to balk at a gamer deciding now is the time to become the Dragonborn? Couldn’t we instead choose to be happy, maybe even excited, about the prospect of sharing in that experience again?

With the rise of social and mobile games, the definition of casual gaming has evolved too. Often, casual gaming is now thought of as only partaking in games such as Candy Crush and Farmville (although if you have some Candy Crush hours logged, no one can fault you for that). This kind of evolution has paved the way for more acceptance of the casual gamer defined earlier in this article, but I still think there’s room for change. Being called a “casual gamer” still feels like a slap in the face, when really there’s no grounds for it. We’re all in it for the same reason, to do something we enjoy, and there’s already enough gamer-on-gamer hate. Why add more?