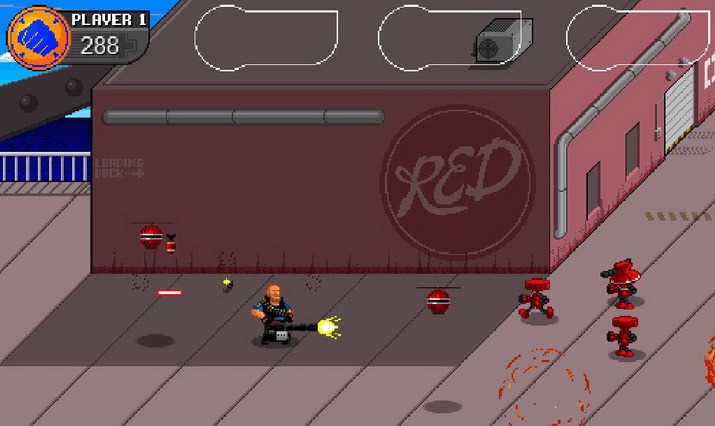 TFA features all nine character classes in TF2 with attributes and abilities based around their particular TF2skill sets. The Engineer deploys waves of sentries, The Spy uses his invisibility to get out of harm’s way, and The Heavy is just good at being hard to kill. Players battle their way through several stages defended by TF2’s RED team, several of which are inspired by some of TF2’s game modes such as Payload.

TFA is available for free here. Currently, Ruth doesn’t have any plans to include any kind of item drop or hat system in future updates, but has stated that more game modes are in the works, including online co-op and player-versus-player.