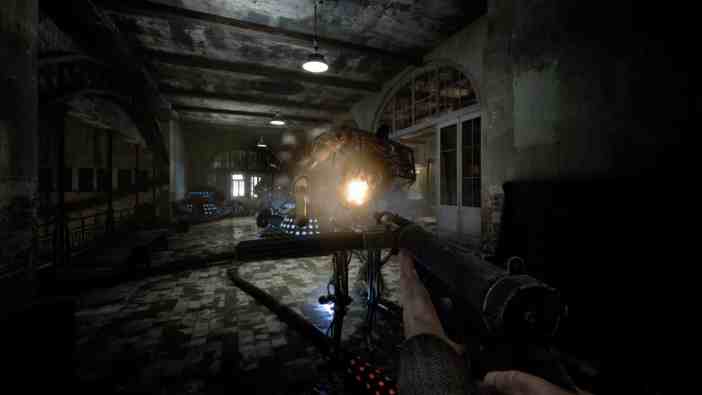 It’s been a long time since we’ve had a proper BioShock game. While Arkane’s Prey helped fill the void, it still wasn’t the same as Irrational and 2K Marin’s famous series. We’ve also rarely experienced another disempowering horror experience quite like the original Penumbra — where even with weapons, you’re hopelessly outmatched. Bleakmill’s Industria promises to knit both styles together, thrusting players into an alternate dimension of aggressive automatons, towering titans of molten metal, and a maze of decaying factories.

What struck me the moment I started is how polished Industria feels even now. The opening moments where the protagonist searches for her lab partner, only to be sent surging through to another reality, is vivid and arresting. The lab quakes around you with a rolling thunder, the ominous tower with the reality-hopping tech looming in the distance as you navigate the collapsing silo. It perfectly captures that sense of Alice falling into Wonderland — only to then be ripped from that perspective to watch a minstrel play. The camera flickers to black and white as you watch yourself dangling, pulled up into the portal through this avant garde lens, before landing in a new world of unforgiving iron and steel. 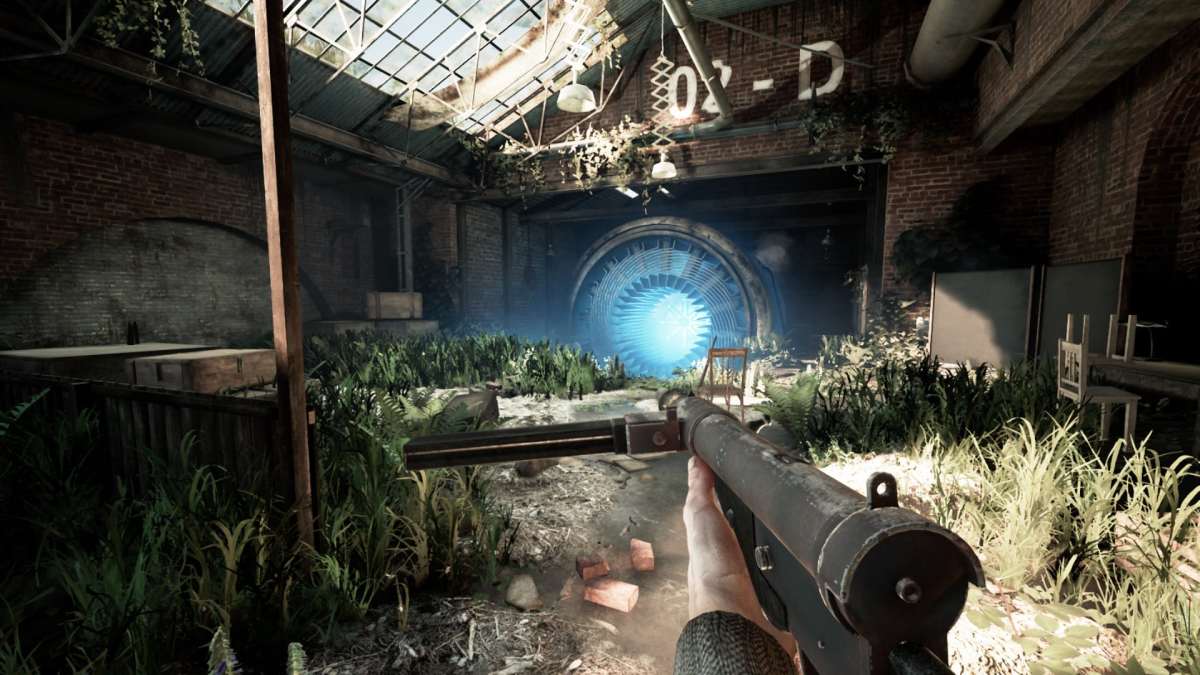 Bulbous spheres with dull blue lights cling to walls like moluscus, shifting a furious red whenever you come near. Twisted, man-like giants with misshapen skulls slip just out of view, dwarfing the factories they patrol, as you ride a train in hopes of safety. Every curve of the world hints at more beyond, just out of view, with the foreboding sense that what comes next will only be that much more dangerous. Industria’s world has fallen, and you’re left to walk among the gravestones, hoping to find your partner. The fidelity on display is astounding, bolstered by a creative freedom you’ll only find in the independent games scene.

Industria wants you constantly on your toes. Ammo is never plentiful, yet your enemies flock together in packs. The environment regularly seeks to kill you if you aren’t mindful of where you tread. Ambushes are possible, but the mechanical menace you face doesn’t follow human rules. You could be silent as a mouse, but if you tread through the path of an irregularly placed eye hole, they’ll hop up. Meanwhile, cross beyond their prescribed region and they’ll simply stare at you, then retreat to their duties, deciding you’re no longer a threat. As if in a robotic Island of Doctor Moreau, every machine in Industria is so animalistic that their more human characteristics are all the more unsettling. 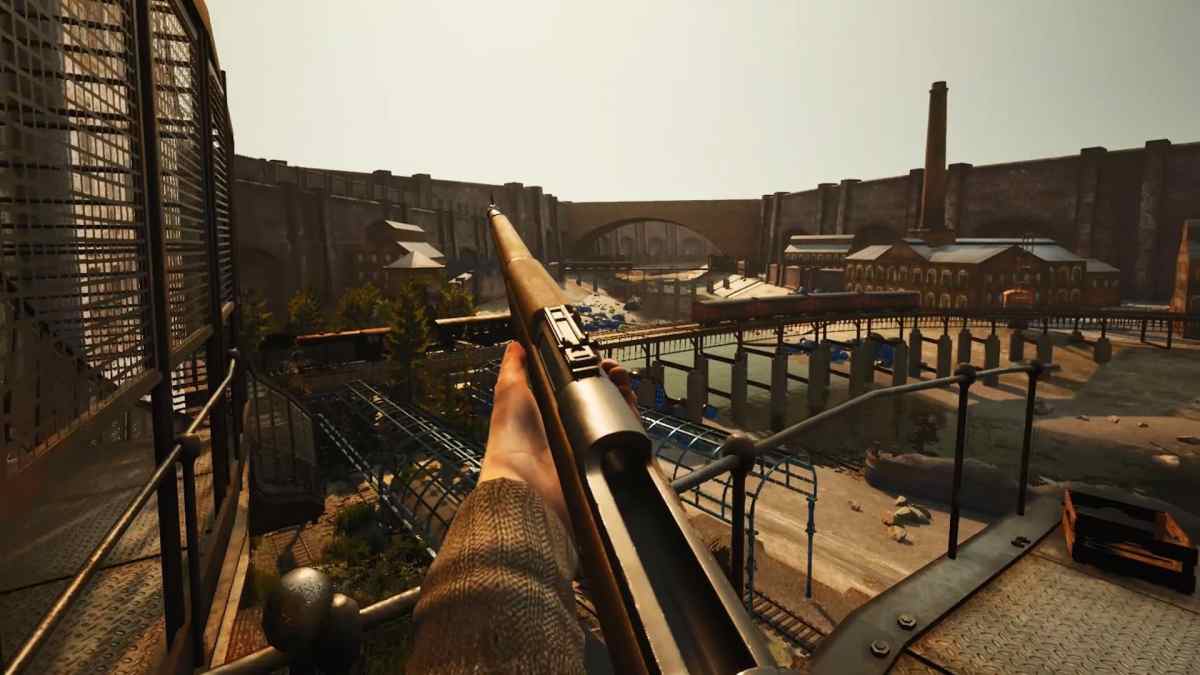 Combat is brief and fierce. You’re no war hero — you’re a scientist, so it only takes a few hits for them to kill you. Enemies don’t have health bars but instead spark and whirr in pain when damaged, sometimes even retreating if you’ve hurt them enough. Dispatching foes isn’t some delightful joyride but a bitter effort to survive a few minutes more, scavenging every drawer, crate, and odd corner for a few more bullets, lamp oil, or a precious medkit. I love that Industria also requires putting away your weapons to search most drawers and pick up some items, adding another layer of tension as you weigh the risk of letting your guard down — and you’ll need to.

Industria isn’t simply a string of combat scenarios but instead approaches everything like a high-risk puzzle. Whether it’s cracking a door code or escaping a flooded room with a live current in the water, there’s a variety of scenarios that demand observation, hunting down crucial items, or navigating hazards.

It’s also in these moments that the stillness of the world creeps in, emphasizing how alone you are. Music is kept brief and subdued, taking on a Lynchian synthetic melody like out of Twin Peaks. Between the tunes, your only company are the diegetic sounds of the world around you. Clanking footsteps, wood creaking overhead, long since abandoned cables sparking electricity — Industria’s grasp on atmospheric storytelling is superb, leaning further into the Penumbra side of things.

That said, Industria has room to grow, especially with its controls. While off to a very promising start, the user interface clearly hasn’t been refined for use with a keyboard and mouse, especially with how its radial menus work. Enemies are also too eager to ambush players without warning, bull rushing so fast you’ll waste precious bullets in panic. It’s initially harrowing, but after replaying the demo more than once, it did grow a little tiresome. Also, it’s not immediately clear that the one man-sized android’s blinding energy field attack is damaging you while it happens, so some clearer indication beyond muting all noise would be a good idea.

None of these elements were deal-breakers, especially since Industria has more than a year to go before its final release. If anything, the fact my complaints can fit in a single paragraph is incredibly encouraging. This is a game with a potent vision of an otherworldly journey. Rather than simply following in the footsteps of its spiritual predecessors, Industria is reaching for a gameplay experience we’ve rarely seen approached with such fidelity. Industria follows in the footsteps of Hellblade and Echo, melding gorgeous aesthetics with harrowing gameplay into a ride I can’t wait to see through to the end. 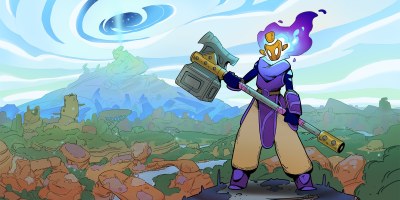