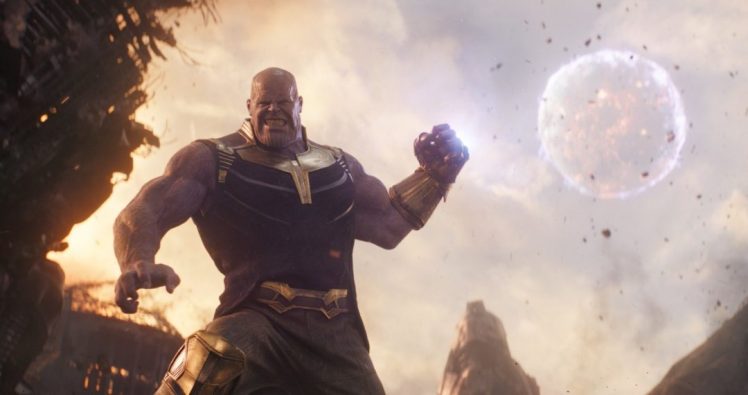 Congratulations! You’ve just defeated Thanos and restored order to the universe. The only thing left to do is have him stand trial for his crimes. That should be easy, right? After all, there’s no shortage of evidence — between his numerous confessions, the films documenting his transgressions, and the distinctive aspects of the Infinity Gauntlet (a weapon that only Thanos can wield), it’s pretty easy to think that Thanos’s conviction should be a slam dunk. But evidence is only one piece of the puzzle. There are numerous obstacles that make prosecuting someone like Thanos — or Ultron, or Galactus, or Ego, or any cosmic destructive force — difficult, if not impossible.

First, there’s the question of who gets to punish Thanos. Remember, Thanos’s snap wasn’t limited to Earth. At a minimum, he wiped out half of all life in the galaxy. As a result, it’s probably safe to assume that Earth isn’t the only planet that wants to punish Thanos for his crimes. While we haven’t seen much of the Cosmic Marvel Cinematic Universe, it’s reasonable to think that the Nova Empire, the Skrulls, and the Kree Sovereign would want a piece of the action. This could lead to some kind of intergalactic trial, or, alternatively, a series of successive trials. The problem doesn’t get much easier if we limit our attention to Earth. Even here, there would likely be some disagreement over which countries, and, potentially, which states, would prosecute. Given the sheer scope and magnitude of Thanos’ crimes, the most likely outcome would probably be some kind of international proceeding — something along the lines of the Nuremberg trials.

Next there’s the question of what kind of proceeding to use. Do we want to use a military commission (like the Nuremberg trials, or the trials taking place at Guantanamo Bay), something resembling a normal trial (i.e. in civilian court, with a judge and jury), or some other kind of hearing that we design just for the occasion. Unfortunately, there is no easy way to decide between the different kinds of proceedings. From a practical perspective, the question would likely be answered by security concerns. Even without the Gauntlet, Thanos is incredibly powerful. Even if he were subdued, we would have to make sure that whatever process we used could accommodate any needed security requirements. That fact alone should rule out normal civilian courts as an option. But even if we assume that Thanos is in stasis, or is otherwise rendered harmless, normal civilian court would still be a poor fit. That’s because it would be virtually impossible to seat a jury that could reasonably be considered impartial.

Most of the time, it is possible to find an impartial jury, even for high profile cases. For example, a federal court held that Boston marathon bomber Dzhokhar Tsarnaev could obtain an impartial jury in Boston, and the Supreme Court held that Enron CEO Jeffrey Skilling had an impartial jury even though he was tried in Houston, which was heavily affected by Enron’s fraudulent conduct. On the few occasions where it is not possible to obtain an unbiased jury, the problem can be resolved by transferring the case to a different city. That’s what happened in the Rodney King trial, the OJ Simpson trial, and in the trial of Oklahoma City bomber Timothy McVeigh. But transfers are only effective if the jury pool in the destination city is less familiar with or less invested in the relevant crime or associated media coverage. When it comes to Thanos and his life-halving snap, such a city simply doesn’t exist. Indeed, there’s not a single juror anywhere in the galaxy who can claim not to have been affected by Thanos’s crime. Accordingly, it’s pretty clear that a normal judge-and-jury trial is not a good fit.

Ruling out traditional courts doesn’t really make the problem any easier. Instead, we have to build the procedures from scratch. But in order to do that, we need to have a sense of what it is we hope to accomplish. Is our goal to ensure that Thanos gets a fair trial, or is it that he be given a fitting punishment? Are we willing to entertain the idea that Thanos is either not guilty or not culpable for his actions? Or is the trial a formality — a procedure designed to document Thanos’s crimes, and nothing more. These kinds of questions plagued the Nuremberg Trials, and continue to undermine the legitimacy of the Guantanamo commissions. But they’re even more important here.

While it may be uncomfortable, it is tempting to argue that Thanos is too powerful for justice. Or, in other words, that Thanos’ power is so immense that the galaxy cannot risk anything resembling a normal trial. Usually, the consequences of a false acquittal, while real, are essentially invisible when viewed on a cosmic scale. The same cannot be said for Thanos. Simply put, when we’re dealing with crimes of such a large magnitude, we cannot afford a risk — however small — that a guilty Thanos would be released. And the risk here is non-trivial. Even if we assume that Thanos took the actions depicted in Avengers: Infinity War, Thanos would have a reasonably strong insanity defense. After all, he is commonly referred to as the Mad Titan, and he could mount a persuasive argument that his mind was warped by the Infinity Stones.

While the “too powerful for justice” argument is enticing, I don’t think it justifies foregoing a trial altogether. For one thing, the argument assumes Thanos’ guilt, responsibility, and power from the outset. How was it that we decided Thanos was guilty or dangerous in the first place? Whatever evidence led to that conclusion could be used to obtain a legitimate conviction. As explained above, there is no shortage of evidence, meaning that there is not any real possibility that Thanos would be found not guilty.

But even if there were a possibility, the argument ignores the fact that, since we’re building the procedures and rules from scratch, we get to decide what kind of evidence to consider, and what kind of policies to use regarding the insanity defense. We can design these rules to accommodate our concerns regarding Thanos’s trial. For example, under normal civilian law, individuals who are found not guilty by reason of insanity can be released once they are healthy. We could easily, and reasonably, decide not to apply that rule here.

Finally, the argument ignores the possibility of a false conviction. Suppose that the person we think is Thanos is not actually Thanos. For example, suppose that, before his defeat, Thanos used the Gauntlet to create an innocent body double. Prosecuting and convicting the body double would not do anything to stop the ongoing threat posed by the real Thanos, and could arguably instill a sense of complacency that would make that task even more difficult. In other words, it’s true that a false acquittal would result in a cosmic destroyer going free. But that same destroyer would be free in the world of a false acquittal. The point here is that we can’t afford mistakes of any kind. The goal of our proceeding should be to arrive at the truth. Nothing more and nothing less.

Ultimately, I think the “too powerful for justice” argument is premature. Given that the evidence against Thanos is overwhelming, it’s safe to say that any process that even resembles a traditional trial would lead to a conviction. Accordingly, what makes the most sense is to have a fairly traditional trial, with special rules in place to accommodate the risks associated with an insanity defense, along with special evidentiary rules that would allow the court to consider all relevant evidence, even if the evidence would normally be inadmissible. Additionally, because it would be pretty much impossible to find an impartial jury among civilians, we should use a panel of professional judges, who could at least claim to approach the trial objectively. I am confident that this proposed solution would avoid most of the challenging issues described above.

The only question remaining is what we would do if, for some reason, Thanos were exonerated. It’s only at that point that we would have to decide whether the trial was all for show, or whether we are actually committed to our principles of justice. The advantage of this approach is that it forestalls the difficult question for as long as possible, and makes the question — and our resolution of that question — clear and unambiguous. One of the largest challenges facing the Guantanamo commissions (and a variety of other military tribunals) is that their procedures are so contrary to justice, that it casts any guilty verdict with considerable doubt and suspicion, even though the authorities claim that the procedures are fair. The result is that we suffer a guaranteed loss of moral credibility (based on the modified procedures) for not much benefit (a conviction of questionable value). My proposed solution avoids that problem by forcing us to be explicit about our values when it counts.

What makes Thanos an interesting villain is the fact that he views himself as the hero. He is not motivated by greed (Obadiah Stane), or power (Red Skull), or jealousy (Loki), but instead seeks to eliminate half of all life in order to make the galaxy more sustainable. Most importantly, he is motivated by a sense of obligation. He views himself as the only person who has the moral courage to make the sacrifices needed to save the world. When it comes to fairness and the justice system, the decisions we have to make are not always easy. Like Thanos, we sometimes have to look inside and find the moral courage to do what others cannot. When it comes to Thanos, and parallels to Thanos in the real world, that means we should structure our justice system in a way that forces us to reveal our values and forces us to make those difficult decisions — like what to do if a fair trial results in the acquittal of Thanos. The only thing left is to hope that our moral compass is correct, and that when we snap our fingers or bang our gavels, the world is better off.