0
“The significant problems we have cannot be solved at the same level of thinking with which we created them.”
– Albert Einstein

It’s a story as old as business itself: 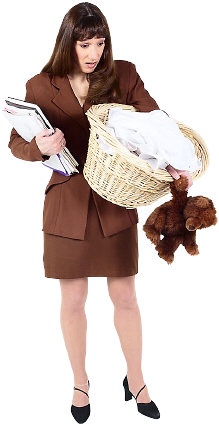 Hardworking Young Person (HYP) joins company A, keen on proving herself and staking out a living. HYP works overtime to show her dedication to the company, learns fast, is promoted and works for company A for 10 years. Along the way HYP falls in love, gets married, has kids and everybody’s happy. Then a new HYP (HYP2) joins the company, also intent on proving himself. HYP2 works lots of overtime because he doesn’t have a family to go home to; he’s Focusing On HIS Career. Company A asks HYP why she isn’t working more overtime. HYP stretches between job and family. Budget cuts, more HYPs, new management arrives and, despite years of service and expertise, HYP is out of a job.

This cycle can be charted in any business in history, but it started to run rampant during the business boom of the late ’80s and through the ’90s, when “downsizing” became a disturbing household word.

The game industry, with certain large corporation exceptions, remains largely immune to the sweeping layoffs utilized by public companies to temporarily inflate financial status, and therefore also to the local effects of such behavior: a team of 10 reduced to five with the work of those “downsized” distributed among the remaining; then rinse and repeat until that 10 becomes a one, and suddenly corporate is baffled at the steep plummet in production quality. However, the smaller scale impact of the same trend – exchanging older, more experienced (and therefore expensive) personnel for fresh-faced college kids – does as much quiet damage here as elsewhere. And it is especially ironic for an industry that frequently considers one thing and one thing only on a person’s resume: shipped titles.

This problem is common knowledge, but only on an immediate, visceral level: a sense of dread that creeps in once a game developer has a spouse, a family – a reason to be home for dinner; a haunting feeling of guilt when one leaves the office before dark. But the reachable source of the problem is lower on the food chain.

I will never forget the parting words of my 3-D animation instructor at NYU. “If I ever catch one of you working for less than $20 an hour,” he said, “I will personally come to your house and beat the crap out of you.” He understood the employment dynamics in his field to a degree of rare insight. He knew that if any of us scabbed a job making models for $10 an hour, sooner or later he and his family would be the ones who suffered. And as with computer programming, he also knew that a project that would take one of us six days he could complete in two hours, because each year of his experience translated into innumerable context-specific shortcuts, tricks and techniques that would take us years to attain. Yet we held power over him through our place in the economic ecosystem. And that was one of the reasons he became a teacher.

In a perfect world, employers would fully comprehend the value of building an experience-balanced team and have the resources to act on that comprehension. They would understand that nothing, but nothing, is a replacement for quality team members. But increasingly those with access to company accounts seem to understand less about the value of experience in software development, and as the industry gets larger, this problem worsens. Teams are filled not by the people who will be producing content, but by HR departments frequently brought in to fight fires and fill seats: the natural and continuous ones resulting from the high-movement nature of creative industries, and the unnatural ones brought about by top-down multi-layer corporate management. 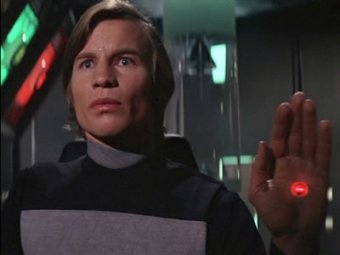 What we can do is take a lesson from my animation instructor, perhaps minus the threat of bodily harm. Opening communication channels to student organizations and educating them not just about the technical skills they’ll require but the employment savvy they will need to survive is the way to a sustainable industry.

Although the IGDA provides a great number of valuable resources for students, including the GDC Scholarship initiative and student membership in the organization, a majority of members believe that dealing with amateurs and students is a waste of their time, an annoyance, a misuse of organizational resources. The IGDA should be about professionals. It isn’t hard to see why; there are so many would-be game developers occupying a spectrum of dedication levels and talent that it can simply be difficult to keep track of them all. And let’s face it; proto-geeks can often be plain old annoying. But ironically some of this attitude stems from subconscious or conscious resentment of the Logan’s Run effect in the industry; fatally, some developers want to take this out on students or haze them purely out of good old fashioned “that’s the way we done it,” “I suffered, so why shouldn’t you?” attitude.

We are all fortunate that most of the aspiring game developers that make it through tend to love games so much that they will forgive us our neglect, our disdain, our arrogance. They will be grateful for knowledge in any packaging. But somewhere deep inside the soul of this interaction, a little bit of resentment builds, and the fraternity approach encourages younger developers to show us just how easily they can take our jobs.

Make no mistake; mentoring students takes a great deal of energy, and the IGDA should be about professionals. But it should also be about the professional interests of our industry, which include investing in the future. This is a simple and terrifically difficult matter of resisting human nature, and the instinct to fight today without ever looking up for tomorrow. The rapid turnover and mass exodus of experienced developers by now is legend in the industry, and this is one of its causes, a story as old as time itself: the conquering of the father by the son, the mother by the daughter. The young developer who comes in, is pushed to prove herself, works to the bone to do so, steps up to work the extra hours while her older counterparts fight not to – and eventually is left standing there, alone with her long hours, bereft of the wisdom that built the products that first brought them through the door.

So never mind that working with an apprentice is phenomenally rewarding. Never mind that you can learn a tremendous amount by interacting with HYPs (who often have far more time than we do to play every game under the sun). Never mind that, as an art community, we might be a little concerned for our legacy and how appalling it is that most under-13 gamers have never heard of Joust. Cultivating an apprentice population is a matter of pure and simple survival, and is deeply connected to our own quality of life.

That’s why, February through April, Inside Job will focus on students: what they can give us, what they need to know and what they’re not learning in school. We’ll talk about the sides of the industry we often don’t want to talk about, we’ll show them how it happens and then we will gently, lovingly tell them that we will beat the crap out of them if they let it continue.