After I was finished with playing Overwatch last week, I got curious about its loot system. How it works is that all 21 playable characters have a suite of 54 collectible cosmetics, including skins, poses, voice lines and graffiti tags with which to amuse your fellow players while waiting for the spawn to open at the start of the round. Each time you level up you receive one loot box, which contains four random collectibles. 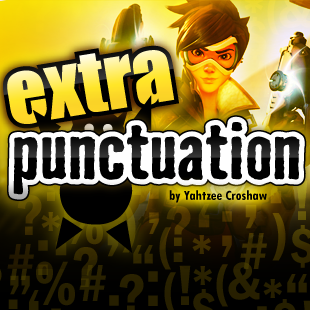 This is, to put a fine point upon it, really fucking stingy. 21 characters times 54 unlockables equals 1134, divided by 4 means 283.5 loot boxes are required to complete the collection, and even an unemployed insomniac would find leveling up 284 times a bit of a tall order. But this figure assumes that each loot box contains four items you don’t already have, and that’s not the case: loot boxes can potentially bestow duplicates. If you’ve got most of the items, there’re going to be an awful lot of duplicates.

As I say, I got curious, so I decided to mount an investigation to answer the question of how many loot boxes you would need to open to complete all 21 collections, on average. I got my Game Maker on and set out to create a simple simulator. I started with a game that displayed 21 arrays of 54 variables in neat rows across the screen. Each cycle, the game would randomly pick an array and a variable four times, setting it to collected if it wasn’t already. Underneath, the number of cycles (ergo, loot boxes) that had gone by was displayed, and would stop incrementing when all the variables were tripped.

I ran the simulation a few times, and discovered that, randomness being what it is, the number of imaginary loot boxes that had to open before all items were collected averaged out at between eight and twelve thousand. Overwatch charges 39.99 real life dollars for 50 loot boxes; 12,000 would set you back $9,597.60.

But wait! Put those torches and pitchforks down. This is misleading. In Overwatch, when you collect duplicate items, you receive a handful of credits that can be used to buy specific collectibles, and obviously your credits are going to mount up quickly when your collection is mostly full and duplicates become more common. I suspected that this factor would significantly reduce the minimum loot box requirement, and set out to incorporate it into the simulation.

A bit of in-game research revealed that the collectibles you can buy with credits vary in price. Of the 54 collectibles each character has, 35 of them cost 25 credits, 7 cost 75, 8 cost 250, and the four fancy-pants ultra skins cost a princely 1000. That was simple enough to incorporate. Some further research revealed that duplicate collectibles pay out one fifth of the item’s value. I programmed the simulation to add one-fifth of each duplicate item’s value to a special integer acting as the wallet. At the start of each cycle, before opening any loot boxes, the simulator would purchase any item that the wallet had the credits to afford.

I then realised that Overwatch has unlockables beyond the 21 character-specific collections. There are also over a hundred profile icons, and if they’re going to be potentially taking up space in loot boxes, then that also needed to be taken into account. I couldn’t see a way to purchase icons with credits, so I just added a cheap fudge to the simulator by creating the possibility of adding 1 to an icon counter instead of gaining an item, to a maximum of 117.

Do you honestly give that much of a shit about completing collections of useless cosmetics, Yahtzee?

I ran the updated simulation a few times and the minimum loot box requirement was now rattling around between 2200 and 2800, so I’m going to call 2500 the average. Two and a half thousand loot boxes to complete every collection. Not taking quite as much piss as 12,000, but it’s still hardly reasonable. Taking the deep-pockets route to success would cost you just shy of $2000, and there are a lot of things you could buy for that kind of money, things that won’t cease to exist if Blizzard decides to delete your account for whatever reason.

My simulation’s still by no means accurate. It doesn’t take into account that you can also find caches of credits in loot boxes, ranging from 50 to 500, and I couldn’t incorporate that because I don’t know how commonly credit caches drop. Also, items in Overwatch are classified as Common, Rare, Epic or Legendary, with each loot box ostensibly guaranteed to contain at least one Rare or better item, and that’s bound to fuck with my stats. But it’s accurate enough that I’m willing to take the 2500 as a rough ballpark figure.

I suppose the point of all this number crunching was to raise the following question: does Blizzard honestly expect anyone to 100% this sodding game? If they intend people to do it “naturally” with one loot box per level, then they’re vastly overestimating the game’s lastability. I feel like by the time your collection is complete, you’ll emerge from your home to find that apes have retaken the Earth. If they expect you to fill in the gaps with micropayments then they’re sinister capitalists of a kind rarely seen outside child workhouses.

Do you honestly give that much of a shit about completing collections of useless cosmetics, Yahtzee? Not particularly, but as I’ve said before, I’m not interested in playing the same maps over and over again for no reason, as is the case with most multiplayer-focused games; I want there to be a sense of progress, and these collections are the only thing in the game that offer that. I also refuse to believe that a developer would put a challenge in their game and not have expectations for the player to at least attempt it.

And yes, completing Overwatch‘s collections is an intentional gameplay challenge. I might have said that it wasn’t, if the hero gallery page didn’t display under each character the number of items you have found for them, formatted in a way that shows how many are left – XX/54 and so on. That’s absolutely a tacit challenge to the viewer and if you say otherwise I’ll fight yer.

No, none of us are under obligation to attempt this challenge, but then the same is true of every challenge in every video game ever. You’d need to be mad to take a serious go at it, but we know mad people exist, and it’s very unethical for Blizzard to tease them. If they’re going to exploit the mentally ill they could at least take a tip from the Victorians and do it in public with funny costumes.