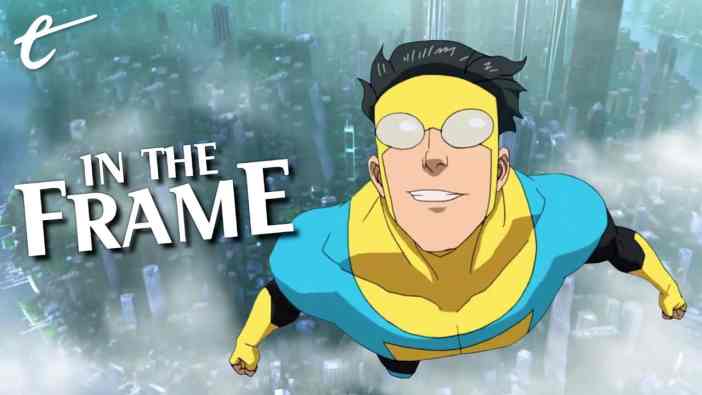 Invincible arrived on Amazon Prime on Friday, and it marks an interesting point in the evolution of superhero mass media.

Superheroes are big business and arguably the dominant cultural form – recalling the ubiquity of the western in the mid 20th century. It is perhaps a little less obvious after the “year without superheroes,” given that the two years between the releases of Spider-Man: Far From Home and Black Widow will be the longest gap between two theatrical Marvel Studios productions to date, but superheroes are still a defining and shaping force in modern mass media entertainment.

Reports of “superhero fatigue” have been greatly exaggerated. The genre seems to be going from strength to strength. Recently, HBO Max and Disney+ released Zack Snyder’s Justice League and The Falcon and the Winter Soldier respectively within a day of one another. Rather than demonstrating the limits of market saturation, both releases thrived. Disney+ boasted that The Falcon and the Winter Soldier was its most-watched series premiere ever, and Zack Snyder’s Justice League outpaced it.

This is great news for companies with an established bench of superhero intellectual property. Warner Bros. can draw from its library of DC superheroes, while Marvel Studios has been an important part of turning Disney into (even more of) an entertainment powerhouse. It has been argued, somewhat convincingly, that the primary function of comics publishers like DC and Marvel in the modern market is to serve as intellectual property farms supplying their parent conglomerates.

However, what about those companies that don’t have the same reservoirs of continuity and brand recognition upon which to draw? If superheroes are the most important and defining blockbuster genre of the century, then any company venturing into the streaming wars needs to stake its claim. This is particularly true in an era of increasing vertical integration, as the big companies invest heavily in the idea of farm-to-table content churn. 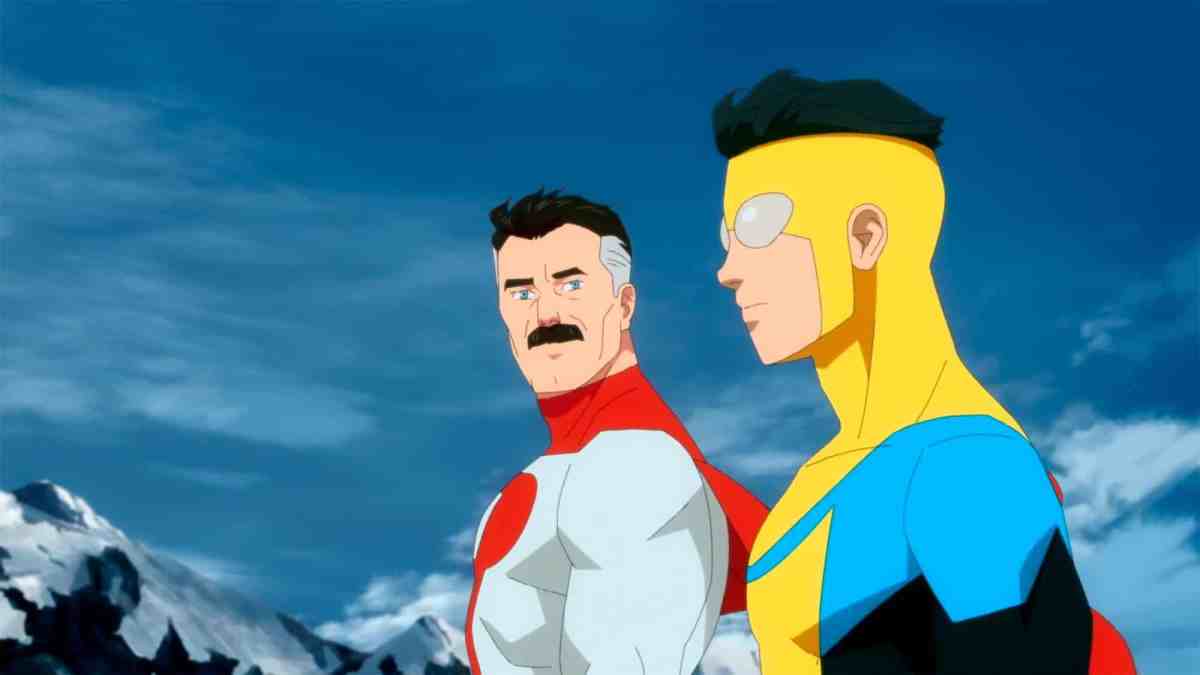 In a world where every major entertainment conglomerate owns its own streaming service, companies like Marvel are less likely to license out their characters to other content producers. Disney bought Fox, bringing the errant X-Men cinematic franchise home. Sony and Disney negotiated joint custody of the Spider-Man brand. There are even reports that Disney is considering folding characters from now-defunct Netflix shows like Daredevil into its own shared universe.

With this consolidation, and with no real possibility that Warner Bros. or Disney will share its toys, this poses a challenge to the companies trying to maintain a foothold in the industry and to grab audience attention. There have already been indications of how other studios plan to compete. For example, some studios have arguably responded by turning their established brands into superhero content, with Universal’s Fast & Furious series increasingly framed as a “superhero franchise.”

Other studios have eagerly scooped up independent superhero content. The comic publisher Valiant has managed to build an impressively coherent shared universe over the past decade, and it has capitalized on the superhero boom by licensing out its intellectual properties to companies like Sony and Paramount. Other publishers have just cut out this haggling over individual properties, with Netflix just straight-up buying writer Mark Millar’s imprint, Millarworld.

In its own way, this recalls the comic book boom of the late 1980s and early 1990s, which saw the emergence of publishers trying to capitalize on the industry’s ballooning popularity to directly challenge the industry dominance of the so-called “big two.” These companies included Dark Horse, Malibu, Image, Topps, Chaos! and Valiant. Many of these companies would fail. Some, like Image and Valiant, would only survive by radically reinventing and rebranding themselves years later. 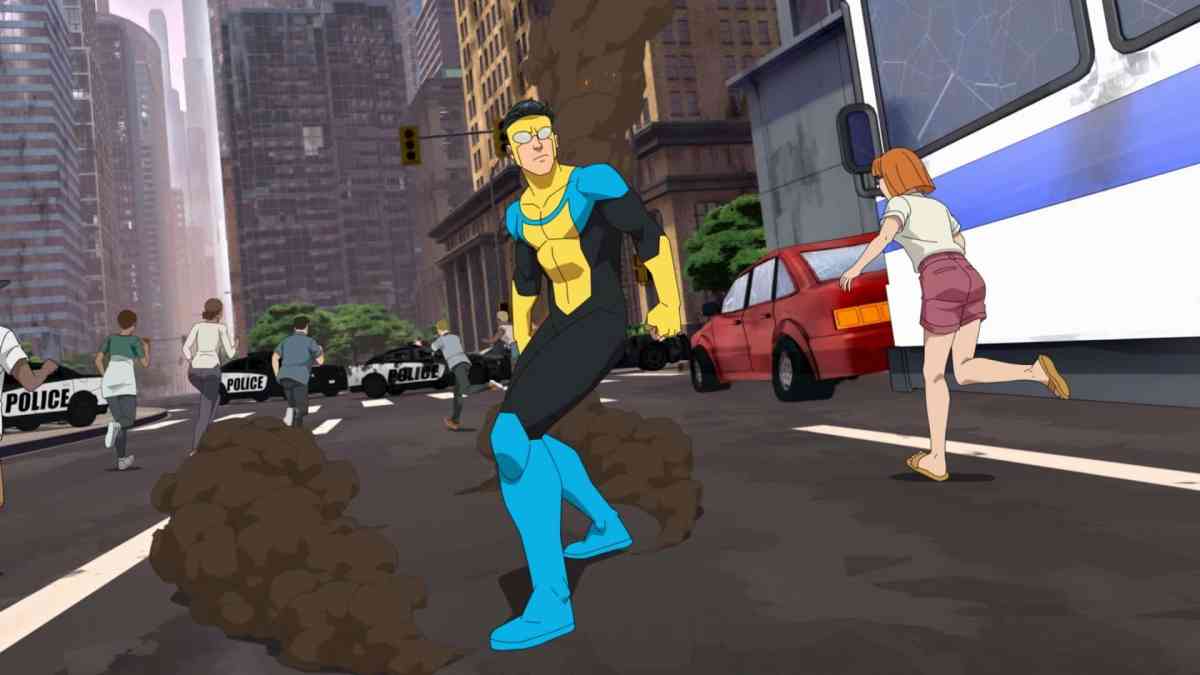 Invincible arrives as an early test case for this approach, following on from the success that Amazon has enjoyed with its adaptation of Garth Ennis and Darick Robertson’s The Boys. Perhaps emboldened by the critical and audience reception to The Boys, the company has bet big on the idea of deconstructionist non-mainstream superheroics. There are already reports of Amazon’s hopes to franchise The Boys with companion series set in a superhero college.

The Boys is an expensive-looking show. Still, the lack of name recognition among the general public limits how much Amazon can justify investing in it. The Boys reportedly has a budget of $10M per episode, which puts it at the high end of Amazon’s original programming. However, that’s still less than the budget of any 45-minute stretch of the Marvel Cinematic Universe or even the reported upward-of-$25M per episode budget of WandaVision, The Falcon and the Winter Soldier, and Hawkeye.

As such, Invincible seems like a test case for an alternative approach to providing superhero spectacle for characters and brands that don’t necessarily justify the production budgets of projects like Zack Snyder’s Justice League or The Falcon and the Winter Soldier. From the outset, Invincible aims to provide a greater sense of spectacle and scale than The Boys, depicting a wider range of superheroes and superpowers engaging in more dramatic battles in more exotic locations.

The Boys can get away with its (comparatively) modest budget because it is mocking and deriding the superhero; it is a punk riff on the genre, which goes a long way towards excusing its juvenile energy and occasionally grubby sensibility. In contrast, while Invincible is a genre-savvy entry in the superhero canon, it plays its tropes a lot straighter. It could never be convincingly adapted as a grungy low-rent take on the genre like, for example, Netflix’s Project Power. Invincible has to go big. 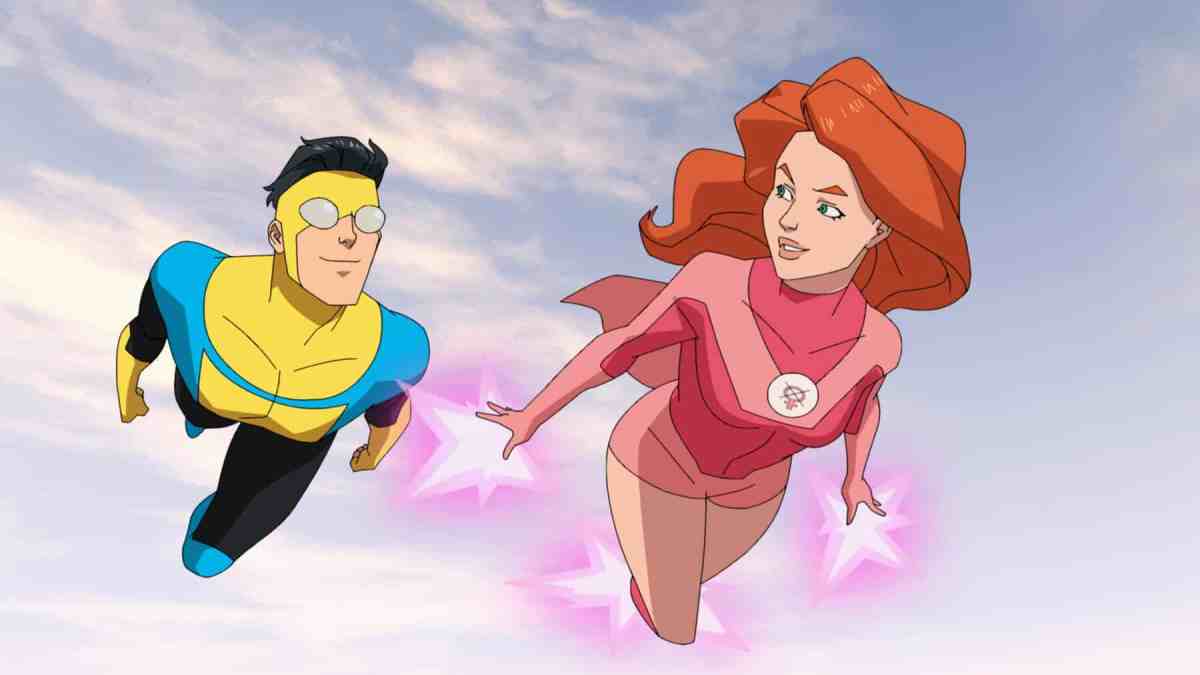 Invincible accomplishes this on an Amazon streaming budget by embracing animation instead of conventional live-action storytelling. Invincible comic creator Robert Kirkman has justified the decision to construct the show as an hour-long adult animation because it allowed the series to embrace “crazy scope and scale that you can’t really get in a live-action superhero show.” Star Steven Yeun contended that animation could go “places where live-action isn’t able to go to still.”

This is a gamble for Amazon Studios. In countries like the United States, animation is still largely seen as a genre rather than a medium – one aimed at children. While recent years have seen an explosion in American animated television shows that “aren’t just for kids,” those shows tend to be half-hour comedies like Harley Quinn, Archer, and Rick and Morty. It’s notable that, when established franchises like Star Trek venture into modern animation, it’s either as adult-skewing comedy or children’s show.

While Invincible is nowhere near as deconstructionist as something like The Boys, it is graphic enough in its violence that it is certainly not for children. While the show has an endearing sense of humor, its hour-long episodes also lean seriously into the drama and stakes of the story that they are telling. While Invincible is telling a very familiar superhero story – down to its oedipal “dad stuff” and obligatory superhero love triangle – it is telling it in a way that audiences may not expect.

As such, Invincible feels like a test case for the future of superhero mass media. It tests whether audiences will respond to these types of stories in formats other than live action and starring characters who are not established brands tied to the DC or Marvel mastheads. It will be interesting to see if Invincible can flourish in the current superhero ecosphere and what it might signal about the future of the genre as a whole.