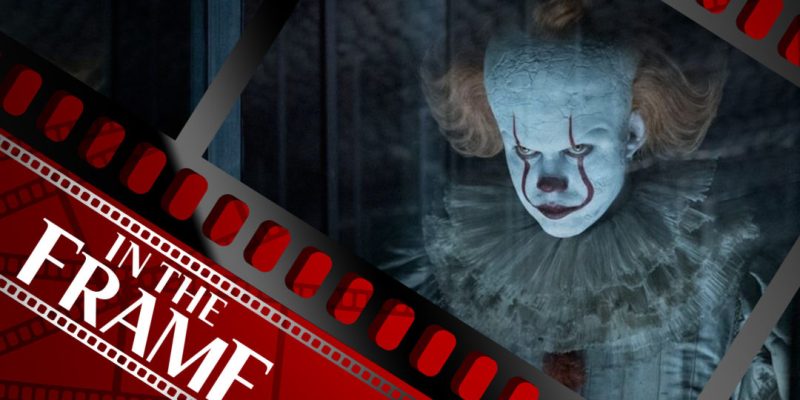 It Chapter Two opens with Mike Hanlon (Isaiah Mustafa) meditating on memory and how it shapes and defines identity. “People want to believe they are what they choose to remember,” Mike ruminates. “But sometimes, sometimes we are what we wish we could forget.”

The primary characters in It Chapter Two have all been defined by what they have forgotten. When the eponymous monster wakes up after a 27-year hibernation, Mike draws together the Losers’ Club. These young outcasts banded together in the summer of 1989 to vanquish the creature living beneath the streets of Derry, Maine. The only problem is that nobody but Mike can remember the conflict.

The characters all agree to return to Derry, even if they can’t remember why. The group only begins to remember the events of that traumatic summer when they are reunited within the boundaries of Derry.

The irony, of course, is that each of the Losers has – in their own way – been defined by the memories that they have repressed. Bill Denbrough (James McAvoy) is a novelist and screenwriter who cannot write a convincing ending to save his life. While undoubtedly a wry piece of commentary on Stephen King’s own trouble with endings, Bill’s creative troubles also reflect the sense in which his own personal business is unfinished.

Other members of the Losers’ Club are defined by the past in less direct ways. Ben Hanscom (Jay Ryan) is an architect who designs communal spaces but lives an emotionally closed-off life. Eddie Kaspbrak (James Ransone) has married a woman who is a dead ringer for his suffocating mother – to reinforce the parallel, both are played by Molly Atkinson. Beverly Marsh (Jessica Chastain) has escaped her abusive and possessive father but finds herself trapped in an abusive and possessive marriage.

Both of Andy Muschietti’s It films suggest that evil thrives when it is obscured and concealed. In the first film, the parents and adults of Derry are willfully blind to the trauma and suffering that is being inflicted on their children. One of the most horrifying aspects of the film is how little these adults care about the horrors that are happening within their own field of vision, the blind eye that the community turns towards missing children and other violence.

In the sequel, the characters affected by the monstrous Pennywise live in denial. It is no coincidence that Pennywise primarily stalks the sewers of Derry, a handy visual metaphor for how deeply the inhabitants of the town have buried their fears beneath the surface. Even when the Losers return to Derry, they struggle to acknowledge the reality of their past.

The monster in It presents a superficially appealing façade. Clowns are inherently creepy, but Pennywise the Dancing Clown is a lot more alluring to a lost child than a rampaging spider-monster or a Lovecraftian horror. Derry does something similar, with the bulk of It Chapter Two unfolding against the backdrop of Derry’s patriotic Canal Days celebrations within the community. Pennywise’s signature red balloon is easily camouflaged in a sea of red, white, and blue. 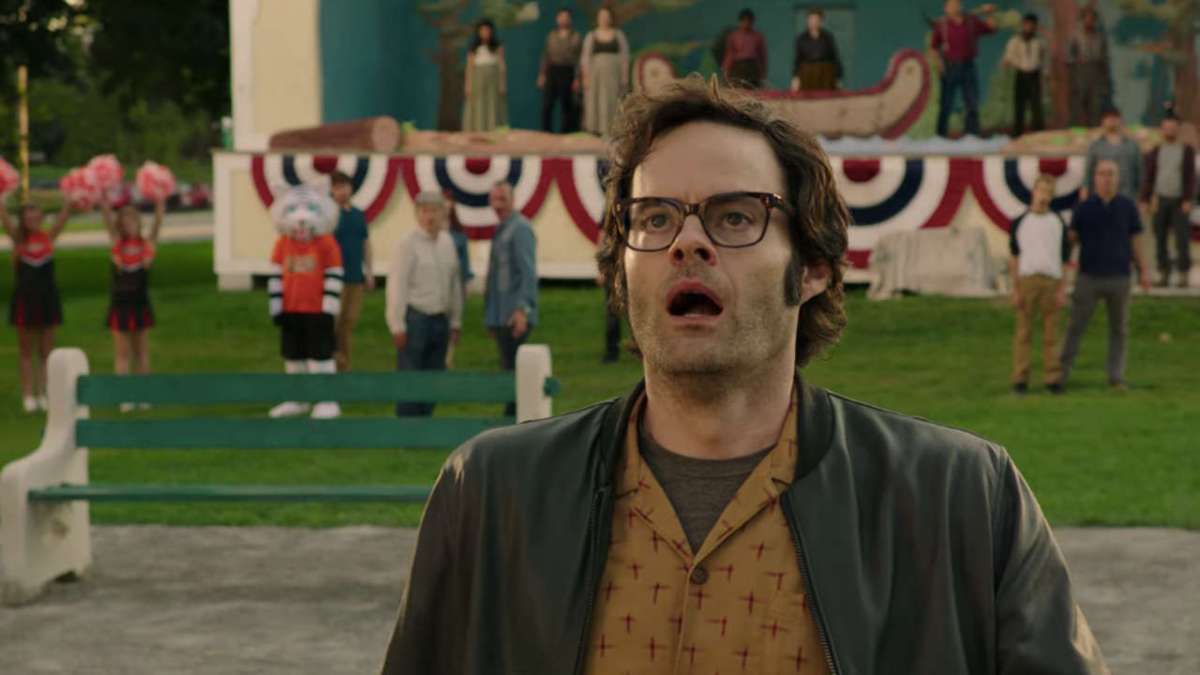 It Chapter Two repeatedly stresses that something lurks behind the rosy façade and idealized memories. During one sequence, Beverly returns home to her old apartment to collect a totem of personal importance for use in a ritual to contain and defeat the monster. The past comes flooding back when she sees the apartment, which looks just like it did all those years ago. It is only after Beverly confronts Pennywise and escapes into the street that she realizes how decrepit and decayed the old building has become. Her memories obscured the rot.

This juxtaposition recurs throughout It Chapter Two in ways both big and small. The film opens with an old-fashioned fun fair that becomes the site of a brutal and graphic homophobic attack, reinforcing the sense of something grotesque lurking beneath a wholesome exterior. In a much more mundane example, Bill pays $300 to buy his old bike from a secondhand store only to realize that it doesn’t handle quite as elegantly as it used to.

Mike is largely protected from this nostalgic blur because he chose to remain in Derry. He never retreated from the town and never gained enough distance to put the horrors in the rear view mirror. But Mike is still guilty of manipulating the memory of the past to serve his own ends. He lures his friends back to the town to participate in a ritual that the local Native American community used to bind and trap the monster, but he conveniently omits the fact that every participant of that earlier attempt died.

Nostalgia is woven into the fabric of the film. It largely avoided any intrusion of the future into the narrative, save for a sequel tease in the closing scenes. In contrast, the sequel keeps the past very much alive. All of the original teenage actors reprise their roles as the younger versions of the Losers’ Club and have been de-aged by computer software to erase the passage of time. 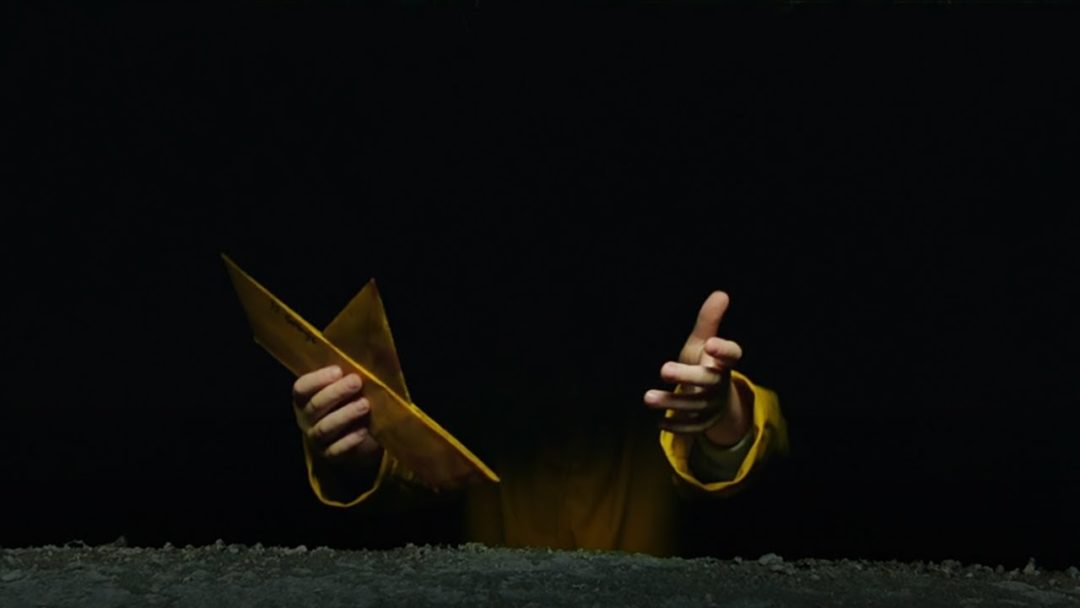 The flashbacks featuring the younger actors primarily take place within a narrative lacuna in the original film, the gap between the fight in the street and Beverly’s abduction. While there’s a debate to be had about the narrative necessity of adding these scenes to a film that is longer than 2001: A Space Odyssey, they serve a thematic purpose. They challenge the audience’s own memory of the original film, occasionally feeling like a recovered memory of the earlier installment.

Muschietti has argued that his adaptation has contemporary political parallels. Although the hate crime that opens Chapter Two comes directly from the source novel – which was itself inspired by the murder of Charlie Howard in 1984 – it feels very pointed in an era where hate crimes are increasingly common. It’s notable that Beverly’s accidental inquiry into Pennywise’s history uncovers some casual anti-immigrant sentiment from his daughter, and that Mike’s parents are framed as crack addicts in the manipulated coverage of their deaths.

It argues that nostalgia is dangerous and that the erasure of the past in favor of convenient narratives creates a climate where horrible abuses can take place. This is certainly a timely theme, given ongoing debates about how nostalgia for an ill-defined (and perhaps even nonexistent) past has shaped contemporary politics. It’s telling that Mike learns a lot about the monster from a local Native American tribe that lives outside the town boundaries and otherwise seems to have been erased from Derry’s history.

It Chapter Two suggests that the only way to reconcile with the past is by confronting it. During the film’s climax, the Losers all individually confront their pasts and their secrets, acknowledging the gulf that existed between what they chose to remember and what actually happened. This allows the gang to see Pennywise for the weak and pathetic parasite that he truly is – and to reconcile their present and past selves.

Once the gang has vanquished Pennywise, they discover that the scars on their palms that once marked their blood oath have disappeared. In It Chapter Two, the best way to heal from past wounds is to stop running and confront the problem.