The Resident Evil series rather closely resembles one of those interminable 80’s slasher movie franchises, like the Jason or Freddy films. Basically the same plot in each one, different actors. Except 80’s slasher movie sequels would always have a bit right at the start where the monster kills the survivor of the previous film, because it’s the cheapest possible way to show that the stakes have risen.

And Resident Evil hasn’t even figured out how to do that. So the series became this endless struggle between the unstoppable force of Umbrella versus the immovable object of the Redfields or Leon or whoever was carrying the torch that day, and neither entity changed or moved from that position. Then Umbrella was shut down and the series had nowhere to go, so the role of villain is now being filled by something completely nebulous – the entire concept of heartless business or the entire concept of terrorism, and it’s hard to get a grasp on what, exactly, the protagonists need to do to put a stop to it all.

The only way by which Resident Evil 6 attempts to raise the stakes is by infecting more people on a wider scale, with zombie/mutant apocalypses breaking out in both the US and China. Firstly the reasoning behind it all makes no sense whatsoever – it’s eventually revealed that the zombie attack in America was started as an attempt to assassinate one solitary individual who was planning to reveal information about a previous zombie attack – get your head around that logic – and secondly everything seems to have gone back to normal by the end, which makes all those lost lives and destroyed property completely disposable. No one in the game’s world seems to care, so why should we?

And once you’ve threatened the whole entire world, you can’t really go back. That is a blown load. The trouble with entertainment media today is that what with there being so much competition for our fleeting, stupid attention, everything has to be bright lights and bombast and loads get blown quicker than ever before, leaving future installments with nowhere to go. Superhero movies in particular always seem to end with the villain trying to inflict whatever their themed power is over the people of the entire city. Marvel put all that effort into setting up an Avengers franchise, and what do they do? Big massive alien invasion plot in the very first film. That’s lovely and all, but you can’t ramp it up a whole lot higher when Avengers 2 inevitably gets a look in.

Here’s a crazy thought: maybe you don’t have to. Maybe you could give your audience enough credit that they might appreciate any new direction, not just always moving in the same direction towards increasingly big explosions. Maybe it’s not entirely unthinkable that you can dial down as well as up, zoom in a bit tighter on some characters we liked and flesh them out a bit in a way where they don’t get muscled out of screen time by giant robots.

You see, despite Resident Evil 6‘s best efforts to blow up the world for our amusement, it fails to unseat Resident Evil 4 from its position as The Only Good One. And part of why I like RE4, besides the gameplay shift and its campier approach, is that the story actually gets a whole lot narrower in scope than its predecessors. No fighting massive nebulous global corporations through entire zombified cities – Leon’s in the middle of bumfuck nowhere rescuing one girl from a nutty Lovecraftian cult run by a handful of kooky personalities. And the cult are trying so hard, God bless ’em. They’re working out of garden sheds and dressing up in burlap sacks and the leaders keep turning themselves into giant monsters out of desperation. Albert Wesker never looked like he was exerting himself at all and that’s why he’s a boring cunt. The point is, the characters never got lost in the action. 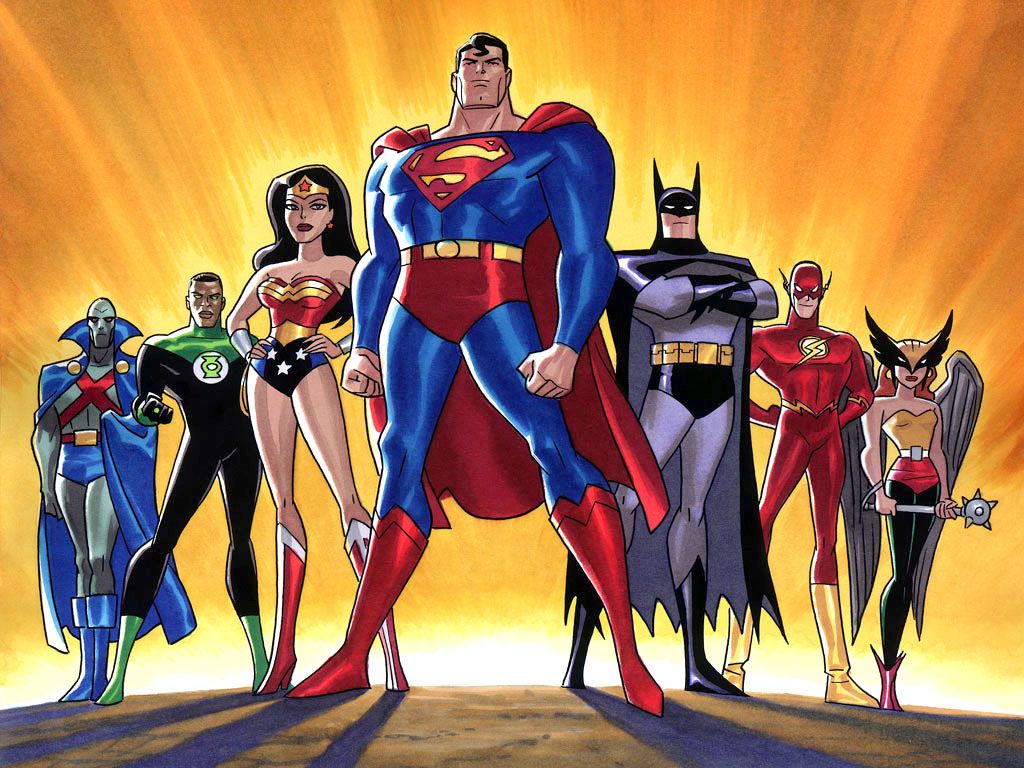 As for superhero movies, the news has come down that DC is meeting the Avengers thing head on with the inevitable Justice League movie for 2015. No doubt it will be explosions up the butt, but if you ask me, DC would be well advised to dial it down, play it cool, and don’t even try to compete spectacle-wise. Let Marvel have their fluffy-wuffy low-attention-span action pandering while you get deep and insightful with smaller, character-based stories, because I really think that suits the individual style of DC comics a lot more.

Incidentally when I say to make character-based stories, I don’t mean with the DC heroes, ’cause there’s nothing to work with there. Marvel is the company that lets its superheroes have actual character traits, emotions and limitations that make them interesting to watch, and DC never figured out how to do that. Where Marvel gave Spider-Man personal issues that helped teenagers of the time identify with his character, DC attempted to achieve the same effect by equipping all their superheroes with a smaller teenager version of themselves who all use the word “golly” unironically. Superman, Batman, Wonder Woman, these characters are all bland, self-righteous twats, more plot device than person, almost always the least interesting part of anything they take part in. They’re like a troop of embarrassing uncles and aunties reminding us not to do drugs.

But I’ll tell you what DC does do well: villains. Marvel villains are shit: random animal or element gimmicks assigned to misguided scientist A and escaped criminal B. DC villains are often quite complex, darkly reflecting an element of their given arch enemy. Batman’s got a whole parade of villains who represent something about him – Two-Face is his duality, Scarecrow is his use of fear – and then there’s him and the Joker figureheading the eternal conflict of order versus chaos. The most Spider-man and Green Goblin have is a difference in color scheme. And then there’s Lex Luthor, an ordinary man who has worked hard every day of his life to gain power and respect, and who I would say is quite justifiably suspicious of the alien monster with inherited powers who everyone seems to like more than him.

DC, don’t be so fucking obvious as to blindly me-too everything Marvel does for fear of slipping behind in your eternal bloody cold war arms race. Work to your strengths. Here’s what I propose: fuck Justice League. Don’t fight that battle you can’t win three years too late. Think Legion of Doom. A rogue’s gallery of character-based biopics exploring Joker and Scarecrow and Lex Luthor as the actual protagonists. Get us into their heads, let us understand their internal conflicts and their struggles without any of them having to hold the city to ransom. Then, if you like, have Batman show up at the very end of each one to punch them all in the stomach ’cause he’s an empty-headed violent fascist. Give it a think.