Doing Shadow of the Beast last week – in the biblical sense – brought on a bit of nostalgia for your humble correspondent, because it’s a remake of an Amiga game, and I was an Amiga owner in my youth. And it seems like there are a lot of legacy games and remakes on my review schedule that require me to emphasise that I’m not the kind of long-term fan such things are geared towards, having grown up in neither the Nintendo nor the Sega camps. So I see everyone else running around getting worked up about their kickstarted Megaman knock-offs and saying that the next Sonic the Hedgehog will be the one to finally remove the spike from its brain and remember how to be good, and I feel like a steam-driven robot from the 1800s with vacuum tubes instead of emotions. 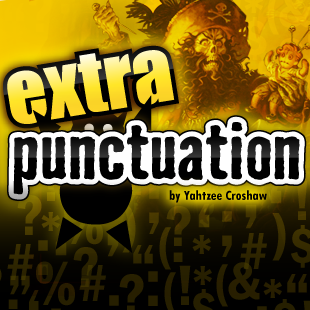 HD remakes that appeal to MY nostalgic memories are few and far between. I got slightly excited about that terrible remake of Flashback a few years ago but I don’t see them remaking Zool anytime soon. Truth be told, I never played Shadow of the Beast much. Go rewatch my review of Tales of Monkey Island if you want to see me get nostalgically biased as all fuck.

For the record, I had an Amiga 600, one of those delightful machines where the entire computer was housed inside the keyboard, that had a hypnotic little animation on the startup screen of a floppy disk getting lovingly inserted into a drive. I can still close my eyes and remember the chomping sound the drive made as I fed it a disk, followed by the inevitable humming sound as it began to load, as if it were going “yum, yum, yum.”

Acquiring games was a lot harder in the pre-internet age, especially in a small industrial town in Warwickshire. And it wasn’t like I could do something else, like go outside or interact with my family. So most of my time in front of the Amiga was spent replaying the demos on Amiga Power cover disks and LucasArts adventure games. Oh, how many times did I play through Monkey Island 2, trying to find all the variant dialogues one could get by filling in your library card application with different information? Eleven disks, that game came on, and with only one drive, the swapping was constant. It was part of the fun. It added to the sense of powering through a long and arduous journey in your quest for the pirate treasure.

This was also the time when I cemented my interest in hobbyist game design, as I fooled around with such things as the 3D Construction Kit, SEUCK, and AMOS. I remember saying to my parents that they’d never have to buy me new games if they got me such things because I’d be able to make as many as I wanted. I seem to remember almost believing it myself.

The Commodore Amiga wasn’t my first gaming platform, of course. Before that I had a Commodore 64, my family being nothing if not brand loyal, which was the first computer I programmed on. And as good as any to learn with, since the language had the word “basic” right there in the name. And before that we had a Philips Videopac, aka Magnavox Odyssey, which besides being my first is barely worth mentioning, even in an article about the Philips Videopac.

Maybe people who played a lot of Sonic the Hedgehog now show an above average propensity to molest dogs.

It’s interesting how everyone who’s been gaming as long as I have has a sort of genealogy of computers and consoles that form their personal gaming DNA. When I exchange genealogies with my colleagues, it feels like we’re a bunch of posh aristocrats exchanging family trees so that we can determine who’s the most inbred and who’s the biggest oik. You can look at the things you played when you had nothing else to play and see the seeds of your gaming preferences today. My fondness for LucasArts adventure games on the Amiga gave my an appreciation for narrative design. And while I’ve thought myself a latecomer to the fun to be had in high-difficulty exploration games like Dark Souls and the Metroidvania stable, I do remember spending a lot of time with Treasure Island Dizzy on the Commodore 64, where you only had one life and every time you transitioned to a room you could only hold your breath and hope you weren’t about to tumble into a flaming torch.

But I’m wondering, since a lot of us were gaming through our tender, formative years, if one’s gaming DNA can also be used as a general measure of personality. Maybe growing up with slow-loading tape decks and disk drives rather than instant-gratification cartridge systems taught me to be contemplative and reserved – SHUT UP STOP LAUGHING. Maybe people who were raised on Nintendo show a greater reluctance to go outside their comfort zone. Maybe people who played a lot of Sonic the Hedgehog now show an above average propensity to molest dogs.

This is the kind of question that calls for a significant amount of research, but you know where huge, practical experiments in personality research take place on a daily basis? Social media. One’s personal gaming genealogy might be a solid thing to base a social network around. You’d list all your consoles from early childhood onwards, maybe the games you liked as well, and would be able to see at a glance what other people have similar DNA. Then we’d be able to start determining what, if any, personality types specific threads of DNA create.

It might even work as a dating site. People could always use more reasons to shun and judge each other for superficial details, you could tier all your potential suitors based on the compatability of game history. I’d probably end up on a low tier, thinking about it, because I also owned an Amiga CD32, which means I am tainted and all the children I father will be hunchbacked lepers.