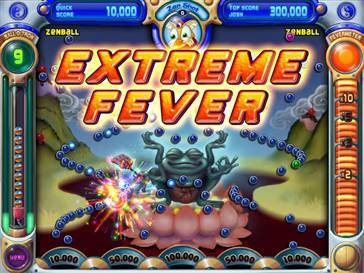 I don’t really have an addictive personality when it comes to most vices. For me, gambling is a momentary thrill followed by long periods of boredom and disappointment. I rarely drink to excess, and I’ve managed to keep my toad-licking habit at a steady one to two toads per month, tops. But put the wrong game in front of me, and I become a different person: bleary-eyed, unkempt and struggling to survive until my next fix.

It started with Diablo 2 my senior year of high school. I’d stay up on Battle.net until 4 A.M. spamming Frozen Orb with my lovely sorceress, Propecia. (It seemed funnier at the time.) My obsession peaked toward the tail end of my senior slide, so there wasn’t any need to recover from the hit I took to my GPA. And when I caught myself slipping back into the familiar pattern of late-night looting my first semester of college, I had the good sense to forfeit the install discs to my roommate.

Four years after I escaped from the clutches of Diablo 2, I sank even deeper into the abyss with another Blizzard title that shall remain unnamed. I installed it over Thanksgiving break and six months later found myself in summer school making up for a couple failed classes the previous semester. I went out less often, with the common rationalization that I was saving money by “socializing” in game instead. I started ignoring my friends’ and family’s phone calls, unwilling or unable to come up with a convincing excuse for why I had disappeared off the face of the earth. When I finally managed to pry myself away from the game for good, I realized I had spent 18 months of my life meeting people I hardly cared about, undertaking tasks of absolutely no consequence and dutifully elevating my status among a community that I was almost embarrassed to be a part of. I believe it was B.F. Skinner who said it best: “Epic fail.”

It’s been a little over a year since then, and aside from the occasional Civ 4 binge, only one game has managed to keep me up past the 4 A.M. mark: Peggle. It first caught my attention when Valve bundled an “extreme” version with the Steam release of The Orange Box, complete with beautifully rendered images of Vortigaunts laser-ing kittens, Pyros torching gophers and headcrabs attacking unicorns. The message was obvious: Here was a casual game that it was OK for hardcore gamers to like. 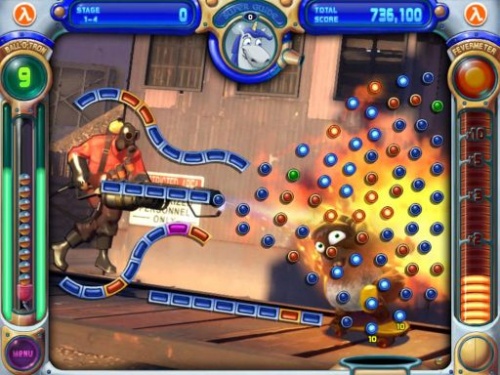 But Peggle has become something more than a simple afternoon time-waster. Like Blizzard, PopCap seems to have hit upon some insidious secret ingredient that keeps players coming back for more. For games like Diablo 2 and WoW, that ingredient is a combination of years of polish, countless iterations and incremental improvements. For Peggle, it’s the result of stripping away nearly everything that doesn’t deliver an immediate endorphin rush to the player every time he clicks his mouse. That creates an interesting question: Does the remainder actually constitute a good game?

That question has become more urgent with the recent release of Peggle Nights, the follow up to the 2007 hit. My review is forthcoming, but I’ll spare you some of the suspense: It’s more Peggle. Which is, sadly, all that it needs to be to completely consume me.

Caught in the midst of another afternoon Peggle bender, I knew all the reasons why I had been sucked into the game. But teaching a heroin user about neurotransmitters and the blood-brain barrier isn’t going to stop him from getting his next fix. The developers themselves have admitted there’s sound psychology behind their design decisions, like tones that subtly rise in pitch the more pegs you hit in a single combo.

There’s (presumably) sound psychology involving the game as well. Last year, East Carolina University conducted a study on the effects of playing PopCap games on short-term mood and stress levels. Researchers concluded that Peggle improved the average test subject’s mood by 573 percent, reduced anger by 63 percent and reduced confusion by a whopping 486 percent – not bad for a game involving unicorns, space aliens and skateboarding gophers! (These findings are mitigated somewhat by the fact that PopCap funded the study, however.)

My officemate and fellow Peggle fiend, Susan Arendt, participated in the study, and continues to carry out her own informal research in the few moments each day when she has some downtime. The not-so-shocking conclusion? Peggle makes you feel good.

Maybe my brain has an unusual abundance of Peggle receptors. Or maybe, as my coworkers have suggested, I exist in a perpetual state of anger and confusion with Peggle as my only lifeline. Whatever the case, I’m content for now to stop wondering if Peggle is a good game and accept the fact that, like an ice cream cone, a phone call from a friend or a trip to the beach, it’s simply good … just not at four in the morning.

Jordan Deam reduced his confusion level by more than 4,374 percent while preparing to write this piece. Unfortunately, he still can’t remember where he put his wallet.