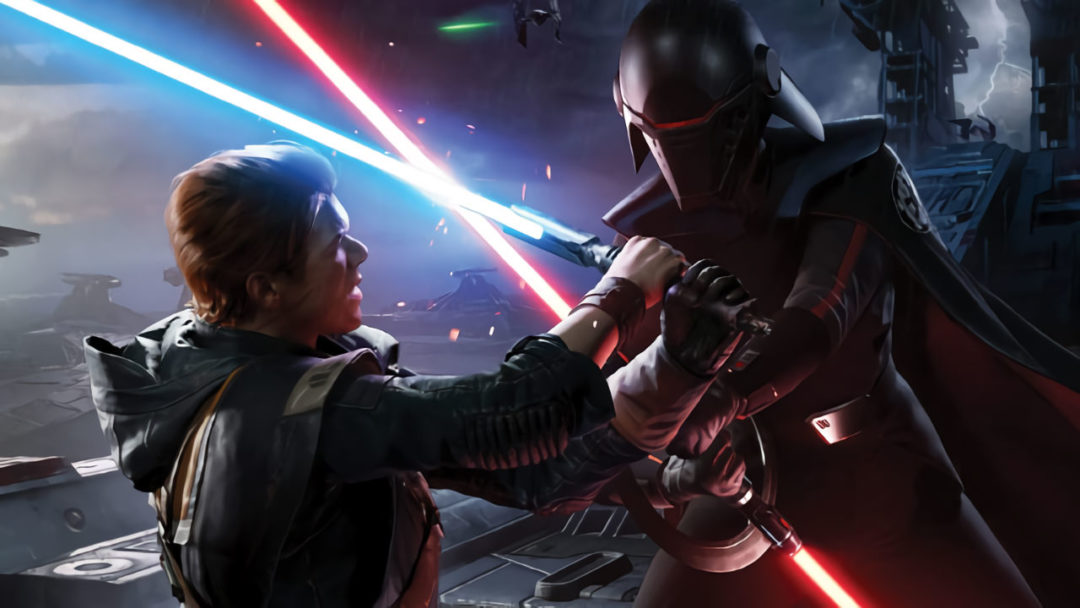 Jedi: Fallen Order looks boring. Profoundly boring. Turn on FX late on New Year’s Day and start watching the last 15 minutes of the special edition of Return of the Jedi but turn it off because there’s just too many damn commercials boring. The E3 2019 debut of Respawn’s foray into the Star Wars universe shows a young man in baggy clothes with the slender anonymity of an H&M model clambering over trees, shimmying up metal grates, and lightsabering stormtroopers with crunchy ease. He asks a little droid sitting on his shoulder to help here and there. Some insects hassle everyone, and a big spider tries to gobble up the would-be Jedi. It’s a video game you have already seen and played many, many times. And thank god. What Star Wars needs — especially after Electronic Arts’ disastrous treatment of the series this decade — is an old-fashioned game. Some action, some jumping over stuff. Boring, familiar and likely satisfying. Finally.

After seven years of cancelled projects and loot box-riddled miseries sullying the good name of the Star Wars Battlefront series — a vintage example of deeply enjoyable, unambitious and adequate Star Wars game making — a palate cleanser feels essential. It’s hard to remember now, but Star Wars games were not rare between 1980 and 2010. Some were groundbreaking. The eponymous arcade game with its vector graphics in 1983; Shadows of the Empire’s awkward genre-hopping experiments in 3D design in 1996; and even The Force Unleashed’s physics engine letting you manipulate the Force in outsized ways in 2008 were just a few of the bold creations to bear the name of George Lucas’ wildly lucrative and still affecting world.

Those notable titles were outliers in the pantheon of Star Wars games. Far more common, and arguably the best thing about the Star Wars game library, were the basic genre exercises. What’s popular on the NES and SNES? Action platformers like Mega Man! So Super Star Wars will be a game where Luke Skywalker runs from left to right either shooting things indiscriminately or hitting them in the face with a lightsaber until they explode. Why do Jawas explode? Because it’s a video game. Shut up and stop asking questions. What’s popular on PlayStation? Fighting games. Better plug Han Solo and Boba Fett into an arena and teach them to hadouken for Star Wars: Masters of Teras Kasi. Doom dominates PC gaming in the ‘90s? Time to make a first-person shooter with Dark Forces. Racing games, flight sims, RPGs — Star Wars did it all. For 30 years familiar, established game types found a home in the galaxy far, far away. While the results typically ranged from just pretty bad to just pretty good, that was enough.

Star Wars’ first strength — and I say this as someone who still finds the films profoundly affecting on an emotional level — has always been aesthetic. The look and feel of Star Wars is what arrests people. While it’s been possible to use Star Wars as a medium for pushing video game artistry forward, it’s been far more enjoyable and successful to use the series and its trappings as a veneer on games that are, at least beneath the surface, known quantities.

To that end Jedi: Fallen Order looks like a well-earned homecoming. Swap out that Hollister model padawan Cal Kestis for Kratos and you’d be hard-pressed to tell the difference between the 15 minutes of footage shown at EA’s E3 2019 presentation (they can call it EA Play all they want, it’s still just an E3 event) and Fallen Order director Stig Asmussen’s last big action game. Cal follows a set path in what looks like a much larger, spectacularly detailed world. He uses his supernatural powers to knock down obstacles in his way. He shimmies across walls with slightly different textures indicating the rigid path where he can climb. Every now and again he cuts a giant monster or a cannon fodder enemy indistinguishable from its peers in half. Sometimes an even tougher enemy appears and he needs to carefully time his finishing move for a flashy, slow-motion finale. Am I describing Jedi: Fallen Order or God of War III, a game that’ll be just shy of 10 years old when Fallen Order comes out later this year?

Who cares, I say. God of War III was a good game! A fine, not great, occasionally visually striking game. It was, even then, familiar ground to cover. The fact that Respawn and Asmussen are retreading that ground here is soothing to anyone still feeling burned by the nightmare of Star Wars Battlefront II’s excuse for a story.

Maybe it will be more than that. Titanfall 2, Respawn’s last single-player game, looked unremarkable in trailers but was a revelation in practice. The level design was inventive and its story was unexpectedly moving. Asmussen is also making bold claims about Fallen Order’s inspirations, citing canonized classics like Metroid, Bloodborne, and Dark Souls as models for how the game will approach character growth and challenges. Whether it reaches the same lofty heights as those games isn’t really important. In the modern Star Wars game desert, all Fallen Order has to be is good and boring.