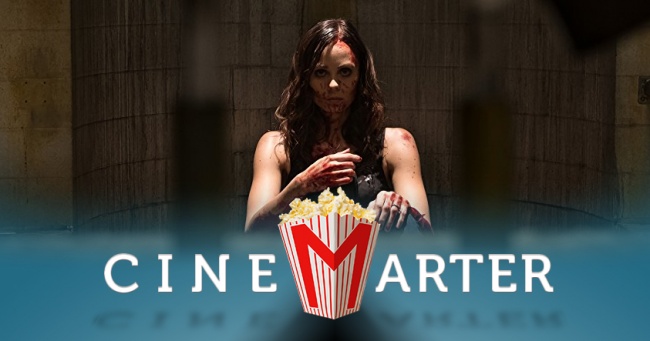 It was always pretty difficult to believe that the Saw franchise was really and truly dead. After all, you don’t permanently kill a cash cow that, even at its lowest, was making back several times its budget. And now that the Paranormal Activity series is – for now – leaving cinema screens alone on Halloween, it’s time for the Saw franchise to make its return. It’s doing so with Jigsaw, which despite its title is just another Saw movie. It isn’t more focused on its eponymous character than any of the others. In fact, it’s probably less about him than a few of the previous chapters are.

Assuming you either don’t know what happens in these movies or have forgotten, here’s a refresher. John Kramer (Tobin Bell), who went by the nickname “Jigsaw,” captured people he didn’t like and made them play a “game,” which almost always resulted in their death. He eventually died in movie three and had several disciples carrying on his legacy afterward. Well, there’s another game being played in Jigsaw, leading detectives and morticians alike to wonder if the man we saw die and whose body would have long since decomposed has returned from the grave. The answer will not shock you – or will it? 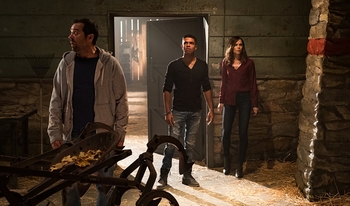 The plot is split between a few groups of people. We have: (1) the people participating in the game, who have so little to them that you won’t remember their names or care at all about them. (2) A couple of detectives who have to investigate the “game” being played who also don’t matter and about whom you will not care one iota. And (3) a couple of morticians who are of moderate interest if only because one of them quickly – too quickly – becomes a suspect as the one behind the newest game.

But we’re not here for the plot, right? Even though these things actually have a pretty airtight continuity and in the past have carried character arcs over several films, we’re not here for that. We’re here for the game and its traps. We want to see limbs turn and blood and gore splattered. Right? It’s been a while, guys! I think that’s why we go to the Saw movies.

Jigsaw is a bad movie and not a great Saw movie, but it’s a slight step up from the “final chapter” we were promised a few years ago.

The traps are, honestly, pretty pedestrian as far as these things go. There’s nothing here that we haven’t seen a variation of in the past. I guess that familiarity will be comforting to fans who are just glad that the franchise is back in any way, but if you’re looking for something fresh or creative, you’ll want to look elsewhere. Jigsaw won’t provide that.

In fact, this seems like a deliberate decision by the filmmakers. This is essentially a “stripped-down” Saw movie – on that isn’t overloaded with all the continuity and details that bogged down some of the later installments. It’s a fresh start and a soft reboot. But you had seven years to come up with cooler traps than these! I feel like that’s not asking for too much. We’ll forgive bad acting or writing if we get to see someone go through a creative torture device. I don’t know what that says about us as an audience, but that’s how it goes. The movies try to morally justify it – only bad people wind up in Jigsaw’s game – but it’s kind of depraved any way you look at it. 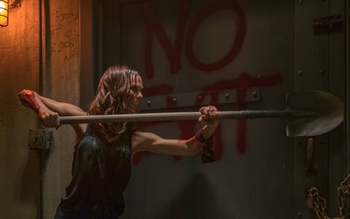 Speaking of plot, there’s a lot of it but none of it is interesting. There are red herrings and a couple of twists, but you’ll figure it out pretty easily and quickly, I think. It wants to surprise but this is the eighth film in this franchise. We know what it’s going to try to do. We’ve seen this game played before. It’s never dull because it’s always got a lot going on, but it fails when it comes to most of the things on which we hope for it to deliver.

Jigsaw is a bad movie and not a great Saw movie, but it’s a slight step up from the “final chapter” we were promised a few years ago – if only because it’s not boring. It moves along at a quick pace and has too many thin characters doing too many things we don’t care about to ever take a breath. It’d be more worthwhile if it had more interesting traps or wasn’t as predictable with its twists and turns, but it does what it wants, which is to be a soft reboot of the franchise and give its studio a few more years out of its Halloween cash cow.

Bottom Line: Jigsaw provides the franchise with a soft reboot but forgets to give audiences the thrills and creativity we want from it.

Recommendation: Only hardcore Saw fans should give Jigsaw a shot.