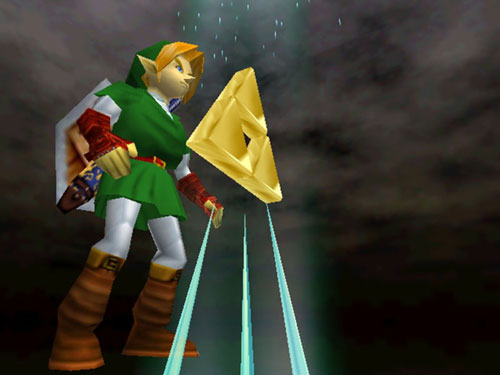 I always find it to be a bit of a futile exercise to critique Nintendo’s major tentpole franchises, because I’m not sure who I think I’m talking to. The people who like them like them in the same way they like seeing familiar old Uncle Peter showing up to sing them their favorite old songs and tell them their favorite old jokes, and they don’t want me complaining about how you’ve heard them all before and Uncle Peter should grow up and find better things to do with his life.

I just think Zelda games should be compared to something other than all the previous Zelda games, like they exist in a world where other, perhaps better, action adventure games exist. Play one and try to consider how you’d feel about it if it was an all-new IP and it didn’t have some royal legacy supporting it, like you didn’t already know the characters and where they fit amid the spokes of this wheel we’re turning for another in a long line of turns. But that doesn’t work with Hyrule Warriors, because if you took away the legacy behind it, it would cease to exist. The legacy is the only reason it’s there.

While Nintendo has acknowledged that all Zelda games exist in the same continuity, it hardly matters since most of them take place huge expanses of time apart (with the obvious exception of direct sequels like Phantom Hourglass or Majora’s Mask). And besides a few token mentions here and there, I always thought the series considered it something of a faux pas to make big acknowledgements of continuity. Because it kind of paints the whole universe as revolving around a never-ending struggle of futility, kind of like the relationship between Batman and the Joker. Except that those two eventually gained some self-awareness about it, while the Zelda series exists in obliviousness to its status as an endless recurring reboot.

All of which means it would probably have been smarter to not reference continuity between the games at all, but Hyrule Warriors is uncouth enough to lay it all bare, ripping big holes between the only-fractionally-different universes of the different Zeldas with its big clumsy paws, and the absurdity of the ongoing routine is thrown into sharp relief.

And there was one question about Zelda‘s plot that the game left me with, and which nags me still. You know the Triforce, the ultimate artifact of power around which the entire series is based? What, exactly, does it do?

I’m not asking what the ‘legends’ say it does. I’m not asking what various characters throughout the years have claimed it does. I want to know what it has actually done, before our eyes, with incontrovertible evidence that the Triforce alone was doing it. It seems to function mainly as a Maguffin artifact, existing only as something that everybody wants, with the central drama being preventing it from falling into the hands of the bad guy who we all hate, Ganondorf, because that would be bad. But what usually happens at the end of Zelda games, when Ganondorf more often than not successfully assembles the Triforce despite our best efforts, is that Ganondorf transforms from a taller-than-average bloke who can’t be killed into a pig monster that can.

In a world where magic is commonplace, that seems like it could be achieved without what is ostensibly the most powerful artefact in the world One imagines that being empowered by such an object would then preclude the possibility of being defeated by a lone androgynous twat with a sword. 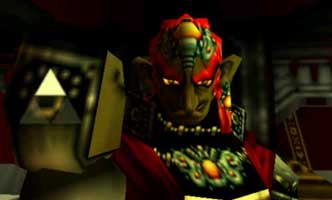 No, the usual spin we’re given is that the Triforce, when completed, has the power to grant the wish of anyone holding it. Not the person possessing it, just anyone who physically touches it. Memorably, at the end of Wind Waker, Ganondorf is moments from touching the Triforce before a deus ex machina character teleports in and cheekily touches it first, making one wonder why any of the preceding adventure was necessary if he could always have done that. But it obviously can’t grant wishes onmipotently or without stipulation, because otherwise the moment Ganondorf assembled it the world would instantly change into one to his liking where Link and Zelda didn’t exist and no-one even remembered things being different.

Actually, secondary question — what’s the Triforce made from? It looks like a metal of some kind, so is it magical in the same way that isotopes are radioactive? And if so, does magic have a half-life?

This leads me to what I wouldn’t call a fan theory, because I’m not a fan, but more an outsider interpretation from what I’ve seen of Zelda games: I don’t think the Triforce does bollocks. Maybe it did at one point, but the thing’s been broken up and scattered so many times that it is, at least by the time of Wind Waker, mainly just an attractive art installation. Some games (Link to the Past, for e.g.) have claimed that Ganondorf used it to spread darkness across the land and raise an army of monsters to terrorize it, but going by other games, he seems to be perfectly capable of achieving that without the sodding Triforce, and it was probably just helping him believe in himself like Dumbo with his magic feather.

But what about all that wish business at the end of Wind Waker? Glad you asked. The wish that The Amazing Deus Ex Machina Man apparently has granted by the Triforce is to flood Hyrule, and since Hyrule is in a magic giant air bubble at the bottom of the ocean, water immediately cascades down upon it. So no magic was being used here, it was simply the magic powering the air bubble being taken away. Furthermore, Mr. D. S. X. Machina Esq is evidently a powerful magic user with an investment in Hyrule, so it’s not too much of a stretch to assume he’s simply dispelling an incantation that he himself set up.

So why pretend it was the Triforce granting his wish? That’s obvious: because it’s in everyone’s best interest for Ganondorf not to realize that the Triforce is scrap metal, something he was moments from discovering. If he couldn’t be eternally distracted by the wild goose chase, then he may finally start devoting his energies to finding the true artifact of ultimate power in the Zelda universe. Which is, I dunno, let’s say, Tingle’s jockstrap.