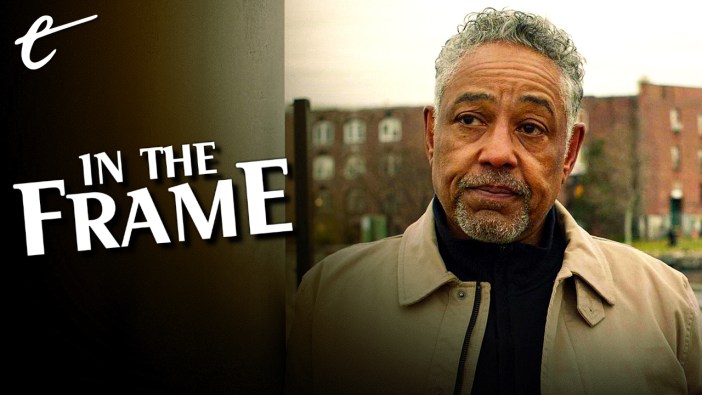 Kaleidoscope on Netflix puts a newish spin on a classic genre.

Narratively, there is very little surprising about Kaleidoscope. The eight-part series was loosely inspired by a real-life heist during Hurricane Sandy, and it follows veteran criminal Leo Pap (Giancarlo Esposito) as he puts together an elite team for a daring raid on the Manhattan security firm SLS, run by the mysterious Roger Salas (Rufus Sewell). As one might expect from showrunner Eric Garcia, who was responsible for the novel Matchstick Men, there are plenty of twists and turns along the way.

All of that is to say that, in terms of basic plot, Kaleidoscope is a standard heist story. There are plenty of hidden agendas, sudden betrayals, and clever reveals. Very few of the key characters in this thriller are who they initially appear to be, and the show gradually pulls back layers to reveal the finer details of their personal lives and relationships. It’s put together with a reasonable level of efficiency, even if it adheres a little too closely to the beats and rhythms of the genre.

However, Kaleidoscope is more interesting than this vague synopsis might suggest. It represents something of a narrative experiment from streaming service Netflix. Tellingly, the company released the entire series on New Year’s Day, around the same time of the season in which it programmed the interactive Bandersnatch four years ago. Kaleidoscope is a much less ambitious undertaking, but it exists within the same space. It promises each viewer a (relatively) unique experience.

When the user loads Kaleidoscope, they are defaulted to a brief introductory clip titled “Black.” On playing this, the order of the following seven episodes is shuffled. One viewer might start with “Yellow,” which takes place six weeks before the heist. Another might start with “Pink,” which takes place six months after the robbery. While the final episode of the set is always “White,” the episode in which the heist actually takes place, the seven other episodes are ordered randomly. 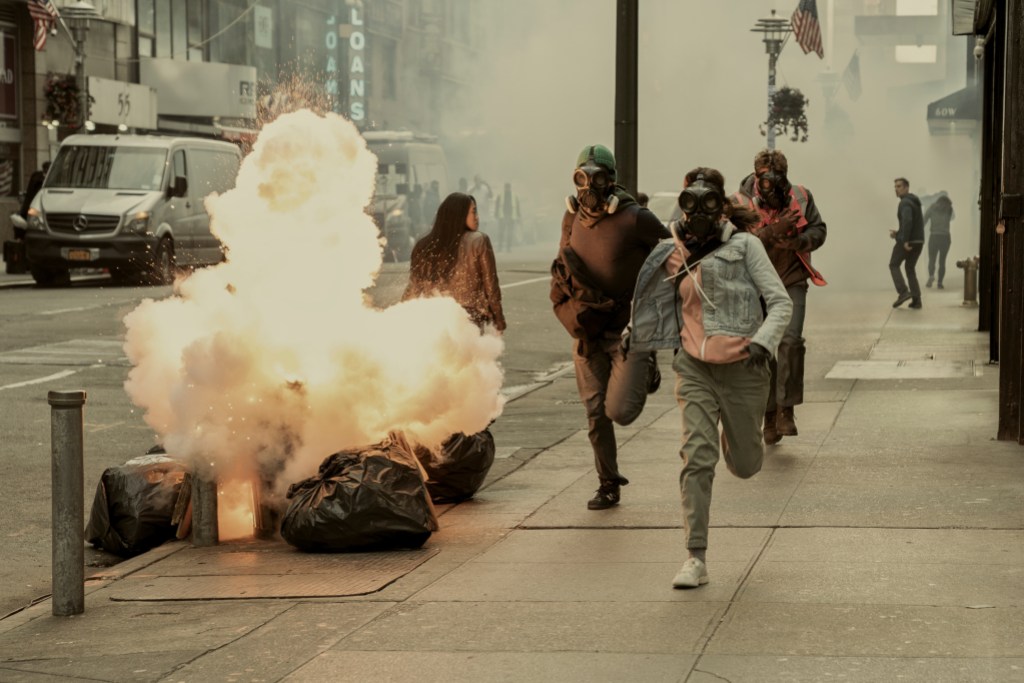 It is an approach that makes a certain amount of sense for a heist thriller. These sorts of movies pivot on the capacity of reveals to fundamentally reshape what the audience already knows. There is a reason that so many of these movies involve elaborate flashbacks and reversals, with the question of who knew what and when fundamentally changing the audience’s relationship to the story. The characters and decisions may be fixed, but the viewer’s understanding of them shifts.

While it is nowhere near as sprawling as the choose-your-own-adventure branching structure of Bandersnatch, it does suggest that two viewers are not assured the same experience watching Kaleidoscope. There are 5,040 possible orders in which the show might be watched, and theoretically every single one of those combinations offers the viewer a slightly different perspective. Certain characters are introduced earlier or key details are withheld until later.

Of course, it is possible to overstate the way in which the audience’s understanding of the story will shift depending on the order in which they watch the episodes. Garcia has talked about how the fact any episode could be the viewer’s first meant that the writers “looked at every episode as a pilot.” The decision to fix “White” as the show’s finale no matter what means that it serves as “a skeleton key” that imposes a fixed meaning on the seven episodes the viewer has watched to that point.

More than that, each viewer is receiving the same information, even if the order in which they receive it is shifted. The show was originally titled Jigsaw, and every audience member gets to see the same puzzle at the end when the pieces are assembled. It is nowhere near as radical as director Terrence Malick’s aborted plans for a release of Tree of Life that would just randomly swap footage or add and delete scenes on each viewing so it “would never play the same.” 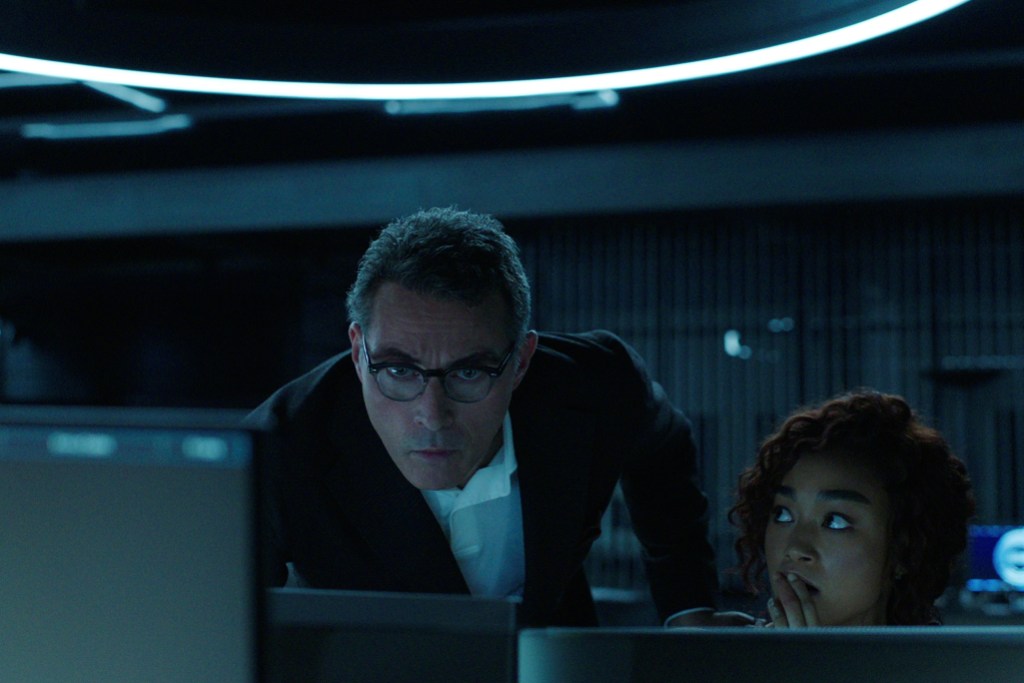 After all, there is only so much that shuffling the order of seven episodes can do to a season of television. The audience might encounter some characters earlier or later depending on how they watch the show, with “Orange” focusing on Nazan Abassi (Niousha Noor) and Ava Mercer (Paz Vega) and “Blue” giving a bit more space to Roger, but Leo is still the protagonist. He still provides most of the framing narration and still has the show’s strongest central arc.

Kaleidoscope is aware of this limitation. If anything, the show is built around it. In “Violet,” the earliest episode chronologically, Leo’s young daughter Hannah (Austin Elle Fisher) notes that her name is palindromic. “It works both ways,” Leo explains. The meaning doesn’t change if the order is reversed. It’s a clever and winking acknowledgement of the show’s structure, but it’s also an admission that reordering the episodes can only do so much to alter the story being told.

In “White,” effectively the season finale, Roger warns his son Brad (Nate Katsuki) that consequences are inescapable. “Everything that happens in your future comes from the choices you make in your past,” he explains. “Nothing you can do will change that.” It doesn’t matter how those details are jumbled around. In some ways, Kaleidoscope’s unique non-linear gimmick underscores its central theme. No matter how hard the characters might hustle or con, they can’t escape their pasts.

Still, it is an interesting gimmick, one that feels perfectly suited to streaming as a release model. After all, one of the big impacts of the streaming revolution has been the erosion of media consumption as a shared experience. Theatrical films and broadcast television have always been a communal activity — the audience sees the same thing at the same time. Individual viewers may process or interpret it differently, but the fundamental experience is common. 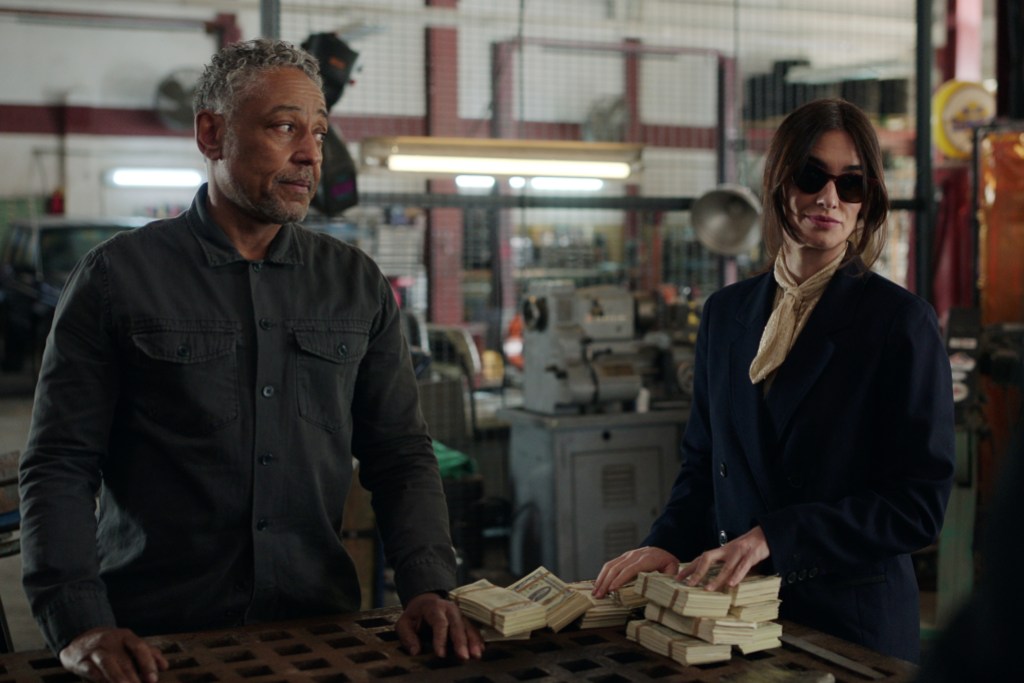 That communal aspect does not exist with streaming. Streaming releases are typically enjoyed more intimately than theatrical screenings, in ways intensely personal and completely non-standardized. Netflix shows and movies can be watched on televisions, laptops, or phones. Although there is some evidence that this might be changing, streaming is still largely free of the fixed scheduling of television; a viewer can watch a streaming show at their leisure, as quickly or as slowly as they want.

Ironically, despite the massive reach of services like Netflix and the presence of features like “watch parties,” streaming can feel like a lonely experience. Each viewer self-regulates, and it is possible for two audience members to have different experiences with the same show, depending on the technology they used to watch it, the number of episodes they watched in each sitting, and how long it took them to finish it. Netflix even allows the viewer to alter the speed at which episodes play.

This is a very literal democratization of media consumption, with streamers rejecting the schedules and structures that studios and broadcasters impose on their audiences. Kaleidoscope’s gimmick may be a logical extension of this. “The only useful definition of narrative is that it’s a controlled release of information,” contends director Christopher Nolan. “The way in which you release that information is all up to you.” Kaleidoscope places that controlled release in the viewer’s hands.

On the other hand, those earlier multimedia objects were tangible in a way that streaming media is not. Film reels, video cassettes, Blu-ray discs, and even broadcast signals all existed in some independent form. They could be recorded, stored, replayed, reproduced. Streaming does not have that. As recent events at HBO Max and Disney+ have demonstrated, these objects are ephemeral. There is no guarantee an audience next year will be able to watch them at all, let alone unaltered. 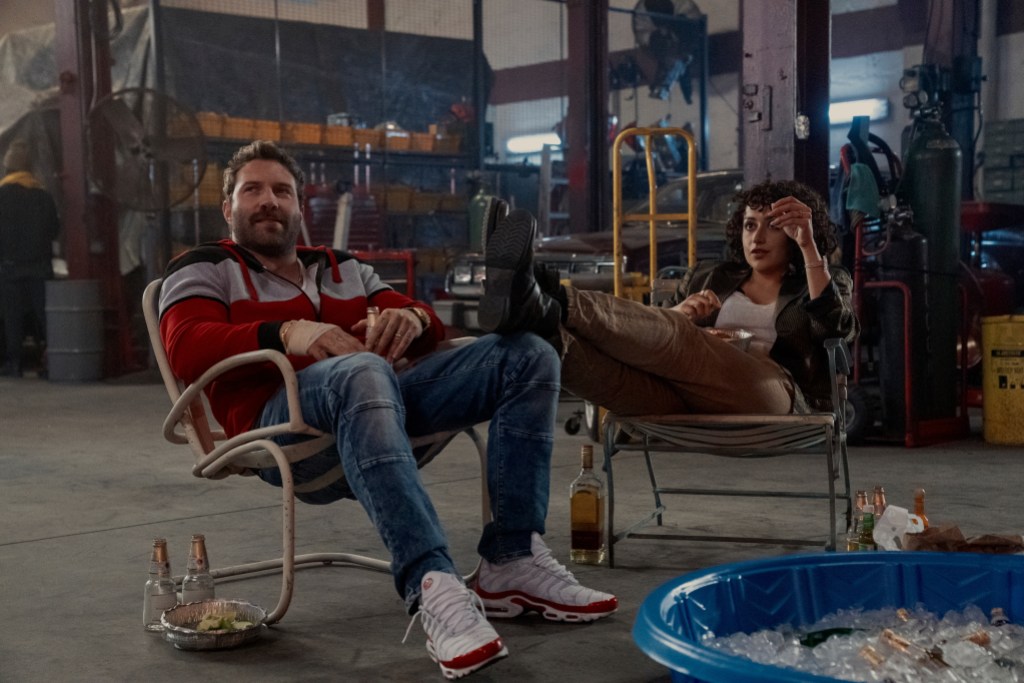 After all, the communal experience is a large part of the appeal of popular culture, a shared bond that can be enjoyed by complete strangers. This is why the end of phenomena like Game of Thrones or Marvel Studios’ Infinity Saga prompted discussions about the end of the monoculture and the media that we consume together. Kaleidoscope offers a more singular experience. In practical terms, it is harder to watch along with friends and family unless the group watches together in one sitting. Hell, it’s hard to rewatch it in the same order.

With Kaleidoscope, these questions are more academic than practical. The show’s twists and turns aren’t particularly unpredictable. There’s nothing in those random seven episodes that redefines the viewer’s understanding of the show as dramatically as the closing reveals in films like Memento or The Sixth Sense. In many cases, a genre-savvy audience member will just fill in the gaps for any information their viewing order has yet to reveal, rendering the eventual twist anticlimactic.

Ironically, for all its formal innovation, Kaleidoscope suffers from the classic streaming problem of taking a fun two-hour movie and stretching it over six hours. A more interesting version of this experiment might be one that interspaced shorter flashback sequences at given points in a feature-length narrative. The reveals might be sharper and less obviously signposted, allowing them to have greater impact. It would also ensure a stronger pivot between characters’ perspectives.

Kaleidoscope is an admirable conceptual experiment. It is the rare example of a Netflix show that feels specifically tailored to the conventions of streaming as a narrative form unto itself, quite apart from film or television. Unfortunately, it doesn’t commit to that hook as thoroughly as it might and often seems overly cautious in how it confronts the challenges of such a gimmick. Kaleidoscope isn’t bad. At its worst, it’s a conventional and old-fashioned heist thriller.

However, it doesn’t leave quite enough in the eye of the beholder.