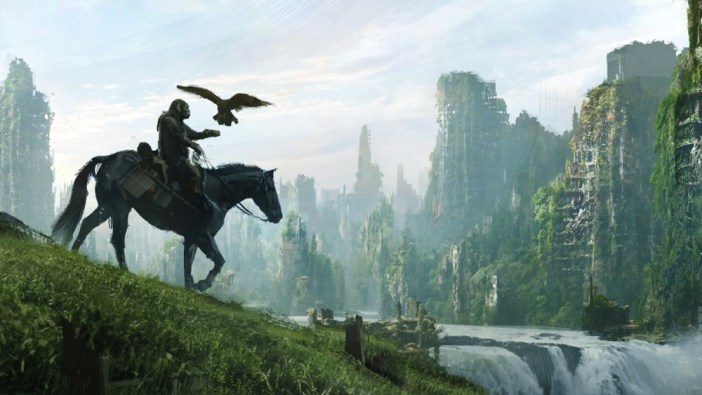 Details are starting to trickle out about the next new movie in the storied Planet of the Apes franchise, including its name and headlining human star, per Deadline. The new movie is called Kingdom of the Planet of the Apes, and it stars Freya Allan, who is best known for her ongoing role as Ciri in Netflix’s The Witcher series. Allan will star alongside Owen Teague (The Stand, It), who is playing the lead ape.

The new movie will take place many years on from the events of 2017’s War for the Planet of the Apes, with the first image (above) revealing a crumbling city overrun by nature. Previously, director Wes Ball indicated that the film aims to “feel like we’re part of that original trilogy,” while still standing alone. Part of that effort is retaining key crew members from the previous trilogy. Writers and producers Rick Jaffa and Amanda Silver have returned, with Josh Friedman (Avatar: The Way of Water) and Patrick Aison (Prey) also joining.

Kingdom of the Planet of the Apes has been in production since before the pandemic.

The series is one of the most enduring in cinema history, and 20th Century Studios President Steve Asbell is promising big things for the upcoming entry: “With Kingdom of the Planet of the Apes we are privileged to continue the (series’s) tradition of imaginative, thought-provoking cinema, and can’t wait to share Wes’ extraordinary vision for this new chapter with audiences in 2024.”