It’s the middle of the year, and you know what that means: triple A release drought. And you know what triple A release drought means: lots of indie games. And you know what lots of indie games means: lots of children exploring scary worlds. I’ve brought up the small-child-scary-world thing in both my last two indie ZP double bills, in reference to Inside and Song of the Deep, and I thought it might be worth having a little refresher on the concept, since I’ve been banging this drum almost since Braid came out. 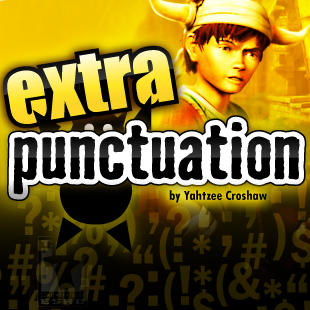 The point I’ve long made is that there’s a tendency for indie games, especially ones with pretensions to being ‘arty’, to incorporate a central theme of a small innocent being lost in a large frightening world, and that this is a relatively recent trend that started in the 2000s. One might argue that this could theoretically apply to quite a lot of video games, since most video games feature a world full of deadly hazards and hostile enemies, but the kind of games I’m talking about are the ones with a distinct and deliberate atmosphere of bleakness, solitude and lack of hope. So with all this in mind, Song of the Deep is actually a marginal example, since it’s about as hopeful as a game about a small child being trapped at the bottom of the ocean can be.

Braid is a game I usually offer as an early setter of this trend, because while the world isn’t particularly frightening, there is a bleakness to it, and an overhanging sense that your actions are pointless. Also, Braid‘s protagonist doesn’t seem to be a child, but what’s more important than the player character being literally a child is that they are an oblivious innocent, or an entity with little control or understanding of their situation and environment. There are plenty of retro games with child protagonists – for some reason Kid Chameleon springs to mind – but these tended to be cool skateboarding punks in complete control of their lives. They were aspirational figures, since the games were usually aimed at kids as well.

Actual children aren’t interested in playing small-child-scary-world (SCSW) games so the audience for these things is the 30-something crowd that the hardcore lifelong gamers have grown into by now. It speaks to new parents who have looked at their own children and wondered where all the years went, to young people on the cusp of entering the real world, and to slightly older people who took one look at the real world and opted instead to retire forever to their parents’ basement.

I’ve got nothing against exploring deeper meaning, but this one specific meaning has been explored to buggery.

The earliest proto-example of SCSW that I can think of is Eric Chahi’s Heart of Darkness (not to be confused with the Joseph Conrad novel) from 1998, in which a young boy in a baseball cap is transported to a fantasy world in which literally everything down to the blades of grass want him to be abruptly and painfully murdered. Moving on a few years, ICO on the PS2 also fits the formula; it’s not indie, strictly speaking, but there wasn’t so vast a gulf between indie and triple A in those days. The purest, most refined example in all of gaming is Limbo. And by extension Inside, which is essentially Limbo again with more of a plot. You won’t find a better example of a game about a tiny helpless innocent lost in a world completely indifferent to their suffering.

Other examples of SCSW include Pid, Lucidity and Ori and the Blind Forest. All 2D platformers, you’ll note, but that’s not a requisite; Bastion is another marginal example and it’s an isometric hack-and-slasher, while Among The Sleep is a first person stealth horror game (and takes the ‘small child’ requirement to its theoretical limit in that the protagonist is a literal baby).

What I should probably make clear is that I’m not criticising any of these games for being SCSW, it’s just a trope, a tool. I’ve played good games that use it and bad games that use it. The only problem I have with it is that it seems to be the go-to theme for a large chunk of the games that aspire to be ‘artsy’ (bonus points if there’s a melancholy soundtrack with lots of strings and mournful piano). I’ve got nothing against exploring deeper meaning, but this one specific meaning has been explored to buggery.

Video games have a reputation for being mindless escapism and there’s nothing wrong with that, but there’s a certain sector of the gaming press that doesn’t like being associated with the image of fat German kids smashing keyboards in Grand Theft Auto, and any game that offers an alternative seems to get disproportionately critically praised for it. SCSW is not complex as far as metaphors go. I’d almost go as far as to call it Baby’s First Juxtaposition. The simple innocence of childhood makes for a stark contrast against the vast, complex realities of adulthood. Thanks, I think we’ve got that, now. It’s the coming of age story. A timeless theme explored in many works of literature and film, but there are only so many times a man can watch Stand By Me over and over again. There’s a movie to game adaptation worth considering, lads – a 2D platformer where you play as Wil Wheaton following a railway track and shaking leeches off his bollocks.

There are so many other themes and ideas that could be explored by interactive narrative. Personally I like a theme that creeps in unnoticed and isn’t so blatantly bloody obvious as when you stick an apple-cheeked cherub in a medieval torture dungeon. Like how Spec Ops: The Line was a military shooter secretly about how pointless military shooters are. Or how Silent Hill 2 was actually about male sexual frustration and how you shouldn’t feel twisted up with guilt just because you feel like getting your bone on once in a while.