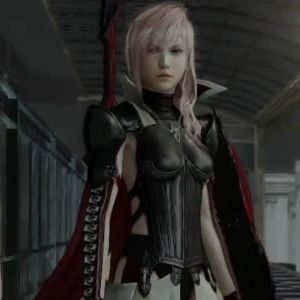 The Final Fantasy series has been going through some interesting times lately. The initial release in the recent arc of Final Fantasy XIII games has been criticized by many for being a departure from the RPG roots, with Square-Enix defending it as wanting to take Final Fantasy in a new direction or have it become a new genre. The follow-up, XIII-2 was a bit of a backpeddle – or at least concession – to some of the critics, and Lightning Returns: Final Fantasy XIII extends that further while also aiming to put a final cap on the story of Lightning, fal’Cie, l’Cie, gods, time travel and all the other baggage of the recent outings.

Somehow, you just know you’re playing a JRPG when the setting is the end of the world 500 years after the events of the previous game, but it still contains all the same characters. Square Enix hasn’t exactly let up on how dense the story and plot are. It makes some token efforts to remind you, but you’ll want to have played the previous games or read up extensively on the prior game’s stories to properly enjoy it. Set into motion by the previous game, the world of Nova Chrysalia has only 13 days remaining before its destruction. Lightning is awoken from her five century slumber by the god Bhunivelze. If she’s willing to work as humanity’s savior, rescuing their souls before the end of days, he’s going to reunite her with her dead sister. Along the way you’ll bump into many of the game’s previous cast, some that have only recently been awakened and others that have languished for the past 500 years.

The religious angle is certainly dialed to eleven for this one, which brings an interesting angle to the story. Lightning is quite literally known as the ‘savior’ to everyone, Bhunivelze is often referred to as simply God and religious and heretical orders play prominent roles. While Final Fantasy has certainly dabbled in religion before, it’s not hard to see how much Christianity is being used as an analogue, in contrast to previous games like XIII-2 featuring elements like Valhalla. At the best of times you might see some small resemblances to the brilliance of handling such subject matter like was done in Xenogears. 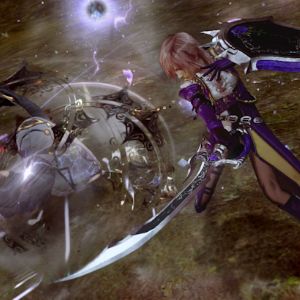 Another major facet to the story is related to the world itself. Due to events that have set all this into motion, the death of the Goddess Etro and Chaos being released into the world, life and death are no longer quite normal. No new life has entered the world in 500 years and no one ages or dies of natural causes. Many of the game’s quests delve and explore this basic world set-up. How would the society and people behave if they’ve been lingering in this stasis for the last 500 years? It brings a unique facet to the game’s story telling that it can make even a simple fetch quest at least a little more intriguing.

These NPC quests are certainly central to the game. Lightning’s role as savior is to gather and save as many peoples’ souls as possible before times runs out, and completing their final tasks and wishes becomes your primary method of acquiring them. It’s a little on the nose as far as connecting game mechanics and story goes, but it serves well enough. Time is the other way that the story and game are intermingled. Similar to Dead Rising you’re under a constant timer. The world will end in 13 days, and each day spans roughly 1 hour of in-game time. The timer won’t tick down during cut-scenes and dialogue, but it’s imperative for you to manage your time effectively in order to save as many as you can. It’s a task that gets further muddied when specific NPCs might only appear during certain hours of the day, or sections might likewise be closed during certain times. It allows for the game to form some natural moments of tension as you race to complete quests on a deadline.

The world itself and the pacing is much more open than previous outings, allowing you to freely move between locations and complete quests in whatever order you choose. This does however involve a painstakingly large amount of backtracking. You certainly have more freedom, but you’re going to be running back and forth across the same cities and maps over and over.

Along the way you’ll occasionally encounter monsters in the world. Rather than random encounters that simply start, each monster is a creature that can be avoided if you so choose. This is a bit of a godsend if you’re trying to quickly move from one section to the next. The battle system itself has further changed in this latest outing to be even more action oriented. For starters, you only control Lightning, and fight with a Paradigm replacement system known as Schemata. A Schemata is a collection of garb, weapon, shield, abilities and various additional items. Every piece of equipment has its own stats and bonuses, and equipping abilities to that Schemata fleshes out what it can do. You might create a Schemata that favors heavy defense with a leveled-up Guard ability to soak lots of damage, or another set that emphases magic damage. It’s a bit like building your own class or job. 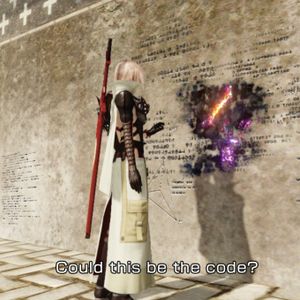 Lightning has three primary Schemata, each that can be switched to on the fly during battle, and each one has its own separate action bar. Coming up with three Schemata that complement each other is satisfying, but that’s essentially all that’s going to be there for stat-based RPG fans. Combat itself is much more fast-paced and timing based. Your primary considerations are going to be constantly shifting between your three sets as you spend your actions, and making sure you stagger your opponent for heavy damage. Staggering often feels a little too important as you’ll pitifully plink away at an enemy only to chop off massive chunks of their health once they’re exposed. Action fans will find the combat quite enjoyable though. There’s a lot of timing blocks, switching Schemata and setting up a stagger with enough remaining actions to capitalize on it. Boss fights are sufficiently challenging affairs that involve learning their moves and sequences.

You don’t directly level up through battling, either. Stats are distributed through completing quests, with main story missions offering the best rewards. Monster parts are frequently required for the various side-missions, but this otherwise deemphasizes battling as a means to power up your character. It’s a nice change to be able to avoid more unnecessary fights, but it does make it a little frustrating that you’re not always presented with a clear path for evening the odds on a tough fight as quests don’t always give you the stats you might need. Some may find this removal of the ability to grind refreshing, while others will find it suddenly feels alien.

Lastly and sadly, the game is all over the map from an aesthetic standpoint. While Lightning’s model and the designs of her various outfits are all well crafted, and other major NPCs and some of the game’s locations enjoy a similar level of polish, a lot of the other models and textures are downright laughable. Even considering that this is still last-generation it shouldn’t look this bad at times. Similarly the voiceover work is inconsistent at best. Many of the non-main characters are just terrible, and even the better voiced characters will dip into flat delivery or some quirk of the script will come across oddly.

Bottom Line: If you were hoping that Lightning Returns: Final Fantasy XIII was going to be a return to Square’s RPG greatness of yesteryear, you’re going to be disappointed. This latest title continues to attempt to straddle the line between RPG and action game.

Recommendation: If you like the new direction of Final Fantasy or simply want to see how the story of Lightning wraps up, then you’ll enjoy Lightning Returns: Final Fantasy XIII. Otherwise you can give it a pass.