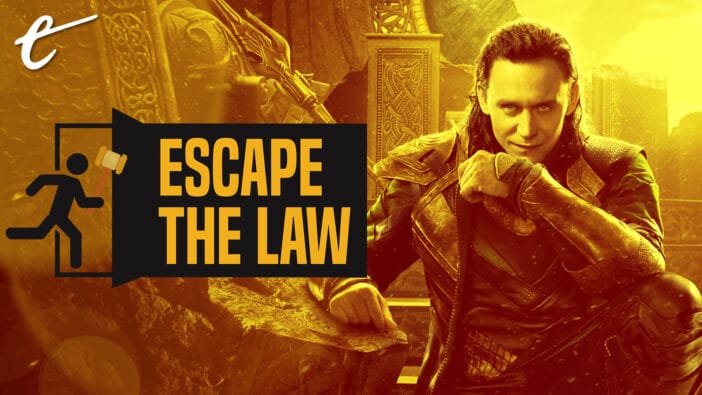 I was pretty hard on the Time Variance Authority (TVA) in Loki last column, so I think it’s only fair to give them a second look to make sure I got it right. After all, one of the TVA’s apparent shortcomings is its predilection to judge people based on slivers of information — it would be pretty ironic to repeat the TVA’s mistakes in the very process of judging the TVA. The good news is that with the release of episodes two and three we now have much more information about the TVA and its operations than we had before. The biggest takeaway relates to how the multiverse works in the Marvel Cinematic Universe (MCU) and TVA’s goals with respect to preserving the multiverse.

Multiverse Theory and Time Travel in the MCU

Multiverse theory has existed from real science dating back to the 1950s. To simplify, the theory states that each time a different outcome could occur at a quantum level, the universe splits, creating a different universe for each quantum possibility. While the theory typically holds that universes split on a quantum level, it is easier for discussion purposes to imagine splits occurring on the level of individual events or decisions — there’s a universe where everything is the same, except you didn’t burn your toast, etc.

But while multiverse theory allows for an infinite number of universe configurations, there are still significant limitations. In particular, universes exist in parallel, such that each branch is isolated from and cannot influence any other branch. Consider the following figure: 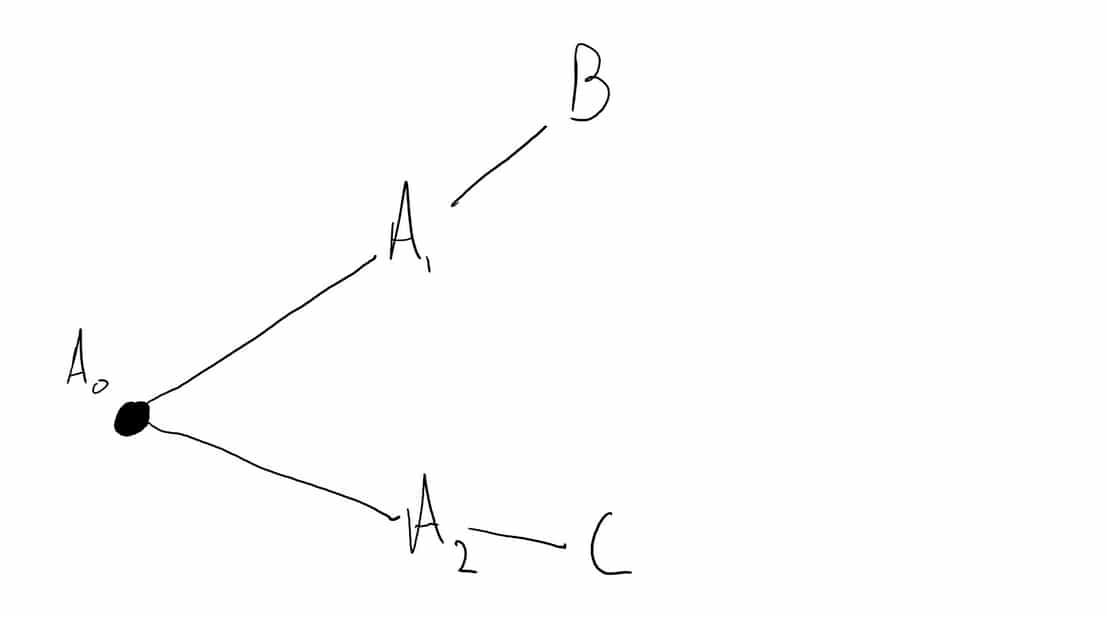 In this figure, if you start at A0, you have two choices: A1 and A2, and choosing either one will still result in the creation of two universes. Regardless of where you end up, there will not be any universe where you move from A1 to C or from A2 to B. In other words, there is no way to travel between multiverse branches.

Another limitation is that, at any given point of time, there is a limited number of branch points. If you start at A0, there are only two possibilities: A1 and A2. There is no A3, and you cannot travel from A0 to B or from A0 to C. Nonetheless, despite these limitations, each set of limited configurations is still a multiverse.

Time travel in the Marvel Cinematic Universe is based on multiverse theory, but with a few twists. In MCU time travel, when someone travels back in time, they create a new parallel universe that could not have existed before. In other words, the MCU breaks both of the constraints identified above. Consider the following example: In The Avengers, there were two possible outcomes in the Battle of New York: (1) the Avengers defeat the alien invasion and send the Mind Stone back to Asgard, or (2) the Avengers lose, and Thanos obtains the Mind Stone. 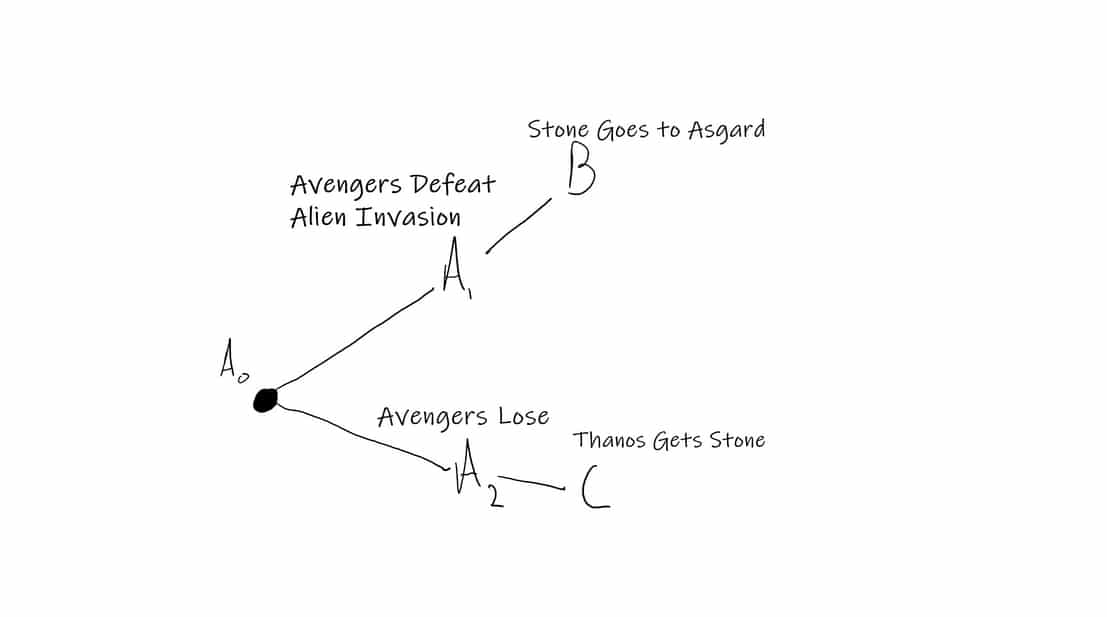 The time travel in Avengers: Endgame created several new possibilities, as shown below: 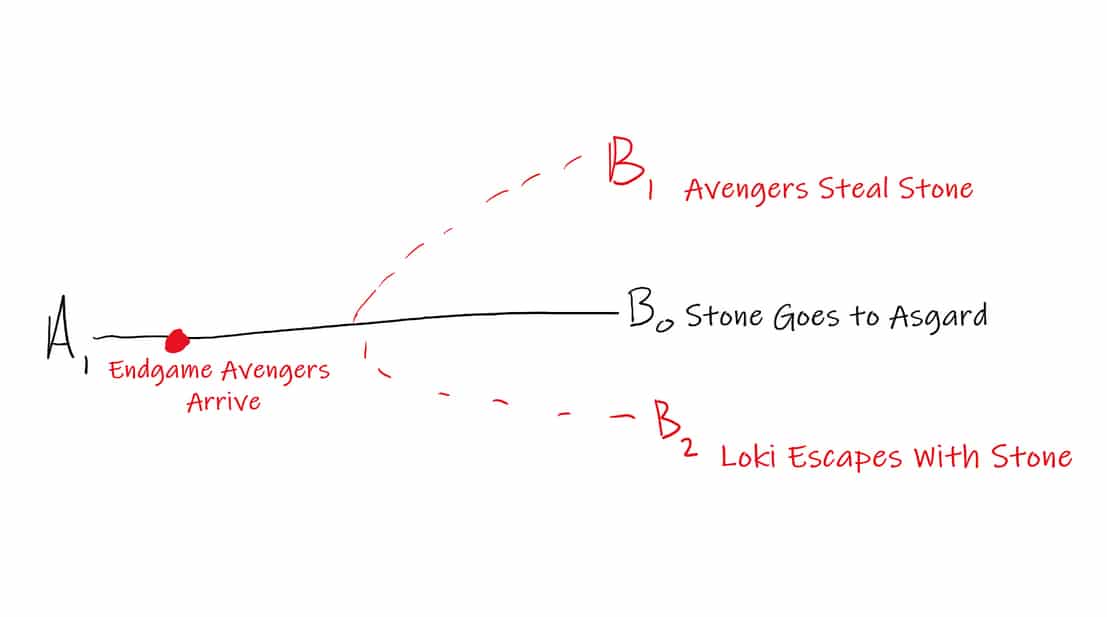 And of course, those new possibilities would themselves result in further branch points and an even larger number of universes. The result is that, by traveling through time, the Avengers fundamentally altered the shape of the multiverse.

All of this relates back to the TVA. The past two episodes of Loki revealed that the TVA scans the timeline for signs of time travel (“variance energy”). That is significant, since it means the TVA is not interested in promoting any specific timeline as much as it is interested in preventing time travel-based interference. Or to put it in terms of a specific example: The TVA didn’t care that Loki had the Mind Stone — its problem was that Loki obtained the Mind Stone because of time travel shenanigans, which led to the creation of branch timelines.

And the TVA seems to have good reason to care about these branches. The timeline can apparently only support a limited number of branch points, and if there is too much variance energy, whether from too many branches or branches that are too large, “reality as we know it” will collapse. While it remains to be seen whether that is actually true, it certainly helps explain the TVA’s actions.

Pruning Is Not So Bad

We now understand the important role underlying why the TVA “prunes” Variants. At first glance, pruning seemed terrible, since it was virtually indistinguishable from murder — a person was there, and then he was not. We now know that “pruning” is distinguishable from murder, since the pruned individual will continue to live on their designated timeline/branch. While there can still be a philosophical (or legal) debate as to whether removing a Variant amounts to murder (similar to questions regarding whether Star Trek’s transporters are murder), it is certainly not as bad as it first appeared.

However, further questions remain. In particular, it’s not clear what would happen if a non-Variant were pruned. If pruning simply amounts to a “reset,” then nothing would happen. On the other hand, if the pruned person is actually removed from the timeline, then pruning someone could itself create improper branch points.

We Still Have Free Will

One of my largest criticisms of Loki after the first episode was its implications for free will. The fact that Loki (and others) could deviate from the Sacred Timeline shows that characters are not bound to any one path and thus that free will exists in the MCU. Yet, the fact that the TVA punishes people for stepping off the designated path shows that characters aren’t allowed to actually exercise that free will.

The latest episodes of Loki show that my concern was misguided. As explained above, the TVA doesn’t punish people for stepping off the designated path, but is instead simply trying to keep the path clear from time traveling interference. Thus, people are free to exercise free will without penalty or hassle from the TVA.

Infinite TVAs in the Multiverse 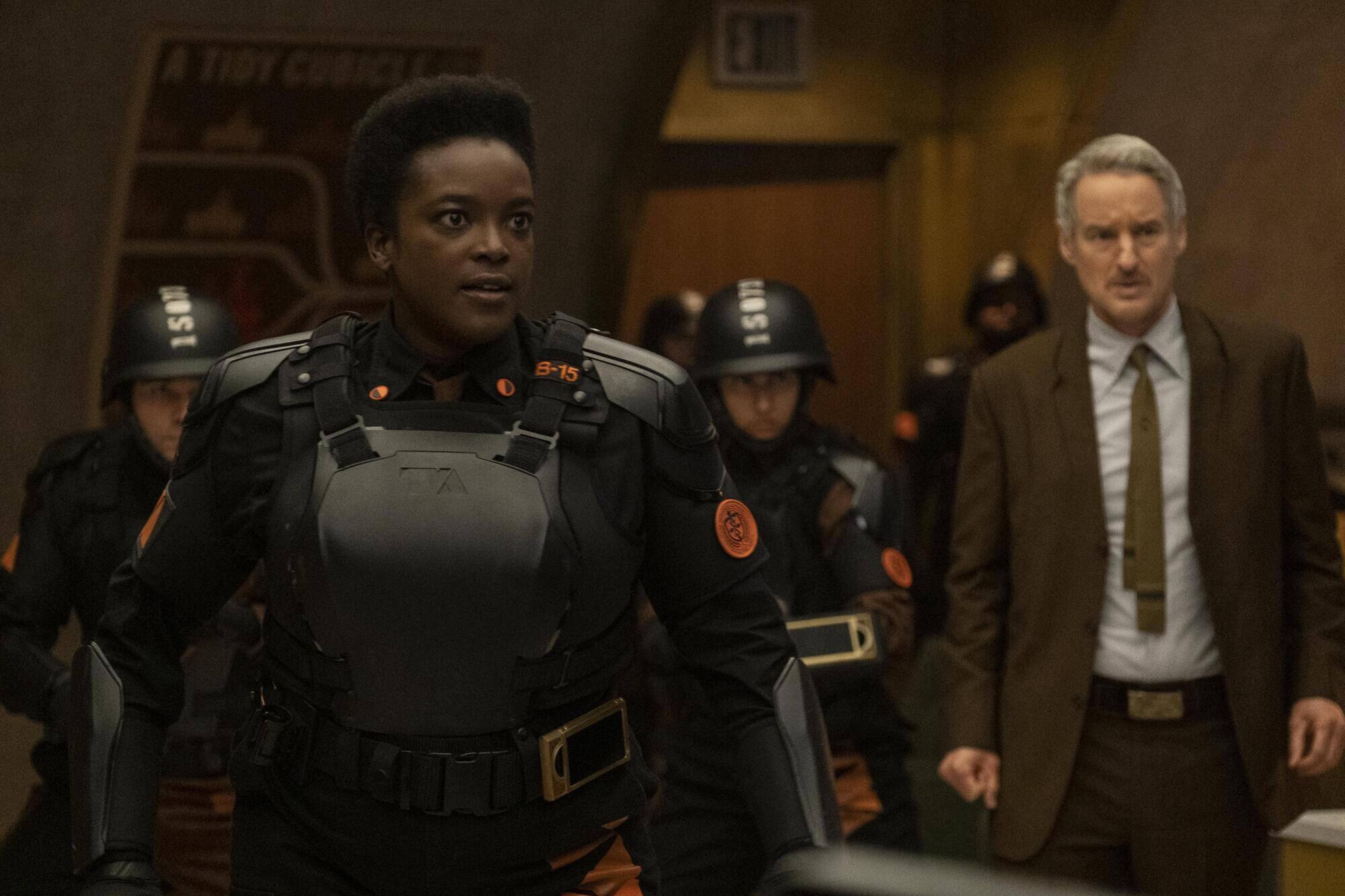 This is not to say that the MCU’s multiverse theory is necessarily inconsistent with real multiverse theory. The fact that one can’t perceive alternate timelines doesn’t mean those timelines don’t exist. Thus, as far as we’re concerned, our timeline is the only “real” timeline, and others in alternate universes would feel the same about their respective timelines.

The subjective perception that one’s timeline is the “correct” or “sacred” timeline would also apply to characters in the MCU — including the TVA itself. Thus, there could be a TVA for each of an infinite number of timelines, such that each TVA thinks that its timeline is the “sacred timeline,” and each TVA seeks to prevent interference with the timeline corresponding to its universe.

It’s easy to go cross-eyed thinking about this for too long, but it should be enough to say that multiverse theory is consistent with an understanding of free will, whether in real life or the MCU. There may be a universe corresponding to each possible decision we could make, but at the end of the day, it is our decisions that dictate which of those universes is ours. In this sense, we are, each of us, literal world-makers. And that gives us a reason to root for the TVA. After all, they can’t be blamed for trying to prevent time travelers from interfering with the timeline they — and everyone else in their universe — worked so hard to create.

While it is doubtful that Loki will explore multiverse theory in this much detail or at this level of abstraction, we can take comfort in the fact that somewhere out there, in one of the many infinite universes, there is an episode of Loki dedicated solely to the exploration of these themes, with a surprise cameo from Big Bird. That’s the universe I want to live in.