A mysterious tower suddenly appears in one of the world’s most populated cities. A silver haired man in flamboyant clothing threatens to nuke the world into oblivion unless someone manages to climb the tower and kill him. The U.N. puts together a team of 11 psychics to take on the job, except they all have amnesia! Then add time travel, alternate dimensions, mind-control, robots, and meteors, and you have the latest Atlus strategy-RPG: Lost Dimension. If that made no sense to you, don’t worry. 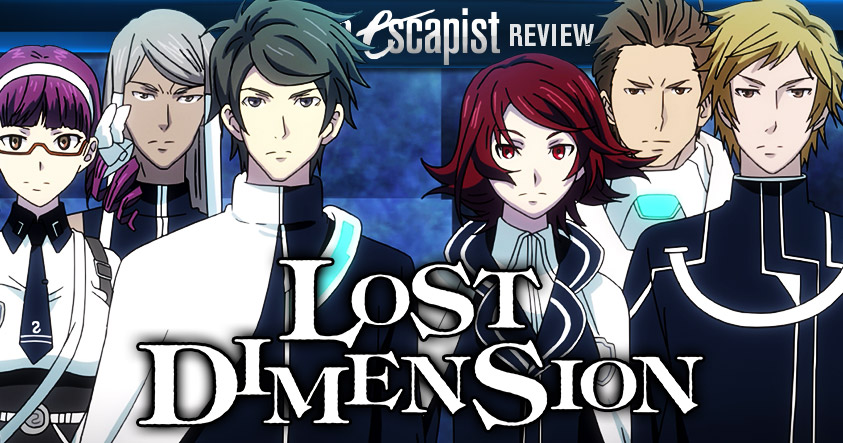 The plot of Lost Dimension is as stereotypically anime as it gets. It’s convoluted, melodramatic, and filled with long-winded exposition dumps. Heck, you won’t even know what the real plot is until shortly before the game ends, and then there’s another, deeper plot that reveals itself only when you play through the game multiple times. Every important plot twist comes out of left field and isn’t foreshadowed in any way. It’s as if the plot was an afterthought, a slapped together tale used to justify the game’s mechanics.

If you can ignore the plot, you are in for a treat, because the mechanics of Lost Dimension are really innovative and enjoyable. The meat of the game is its 3D battle system which plays a lot like Valkyria Chronicles. You control a team of six character and every turn, each character gets to move once and take an action: Either attack, use items, or use special abilities. 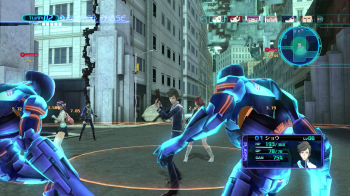 The unique weapons and psychic abilities of each character are what make battles interesting. Each character and enemy, for example, has a different attack range. If you attack them while inside their attack range they will counter attack you, and since enemies tend to be about as powerful as you are, this doesn’t give you much headway in battle. However, if you attack an enemy that is inside an ally’s attack range they will attack alongside you, even if their turn is already used up. Much of the game revolves around positioning your units so that your attacks do as much damage as possible with as little retaliation as possible.

Each character has HP, their health, GP, which fuels their special abilities, and one more interesting stat called Sanity. Getting attacked and using special abilities causes your sanity to fall, and you can raise it by spending a turn resting or using a rare recovery item. If a character’s sanity hits 0 they go berserk, which raises their stats dramatically but also causes them to attack enemies and allies indiscriminately. Whenever a character goes berserk, other characters become afraid, which causes their sanity to lower at twice the rate. This cuts them off from their more powerful special abilities and makes it more likely that enemy attacks will make them go berserk as well, which puts you in a situation that can very easily spiral out of control.

Winning a battle gives everyone who participated XP, and everyone who didn’t slightly less XP, but the difference is negligible and you’ll rarely find anyone lagging behind more than a level or so. You’ll also gain EN, which is a currency you can spend on new weapons and items. Gaining a level increases your stats and gives you gift XP, which can be spent on new psychic abilities. Early on, you’ll mostly use your basic attack, but later on you’ll be doing crazy things like teleporting across the map, mind-controlling enemies to kill themselves, flying, and time traveling in order to dodge attacks.

Once you clear enough battles you are permitted to climb to the next floor of the tower, but doing so requires you to perma-kill one of your party members. The killed character will transform into an accessory that will grant another character their psychic powers, but that item won’t learn any new powers, keeping you from using their unlearned abilities for the rest of the game. This seems like hard decision… until you’re told there is a traitor in your midst. Obviously it seems like the game wants you perma-kill the traitor.

To figure out who the traitor is you have to use them in battle. At every battle’s completion, you will hear your party members’ thoughts but you won’t know which ones are coming from which character. 3 characters will have “suspicious thoughts” and one of those three characters is the traitor. You can then use vision points, which you earn after important story battles, to read a character’s mind and figure out if they are the traitor or not with complete certainty. You don’t have enough vision points to check every character, so you have to alter your battle parties up, like you are playing a game of password, in order to find exactly who the suspicious thoughts are coming from in the hopes of spending as few vision points as possible. 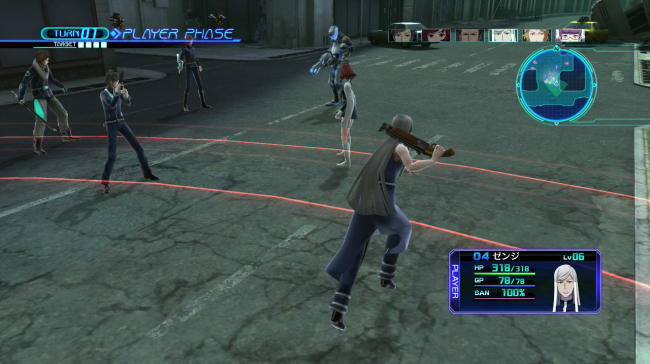 But you don’t just get to choose who to kill. Everyone has to vote on it. So out of battle you have to spend time talking with other characters and becoming friends with them so they believe you when you point at someone and call them a traitor. Using someone in battle also raises their friendship level, but you’ll be using the traitor a lot just to figure out who they are. It’s a complicated web of paranoia and trust that is a lot of fun to unweave.

The game starts to unravel when you reach the next level and you have to find the identity of yet another traitor that couldn’t be detected in the level before because… reasons. You do this over and over again until you realize that eliminating traitors wasn’t even the point! It just makes the second to last battle easier. Instead, you have to raise your friendship with everyone to maximum in order to unlock the true ending. Now you have to start a new game+ just to make friends with everyone you didn’t make friends with before.

Except now the traitors different! If someone you are trying to make friends with ends up being a traitor early on, you are screwed! You either A) let them survive so that the end game is harder, or B) kill them and play through to the end just for the chance to select new game + again, hoping that your random traitors come out differently this time. Neither is a particularly appealing option.

This is what I meant when I said the game didn’t make sense to its own developers. It feels like they weren’t sure what they wanted your goal to be, finding traitors or making friends, because these goals interfere with each other. A single play through of Lost Dimension, where you try to root out traitors and trick out an awesome psychic battle party, is a lot of fun. But the things you have to do to reach the true ending are tedious and random. The normal ending is very unsatisfying, but the true ending is so random and unexplained it’s also unsatisfying. So I suggest you ignore the plot and appreciate Lost Dimension for its deep battle systems and interesting traitor mechanic. I would certainly say that Lost Dimension is a great game, but the game is the only part that’s great.

Bottom Line: Lost Dimension is a fun and deep tactics RPG with interesting mechanics and a horrible story with horrible endings.

Recommendation: Strategy gamers, war gamers, and anyone else who likes to crunch numbers will love Lost Dimension, provided that they don’t care much about plot.