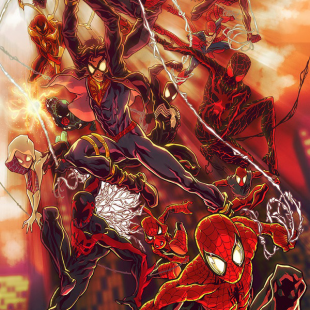 Marvel’s long-awaited Secret Wars event is now in full-swing and has already delivered some big game changers alongside a ton of odd and interesting visions of the publisher’s famous heroes. That being the case, we thought it would be fun to celebrate some of the characters and franchises taking center stage during the event. With the help of our friends at DeviantArt we’ve tracked some of the best pieces of Marvel fan art on the internet and put them together into gallery worthy of the new Battleworld. 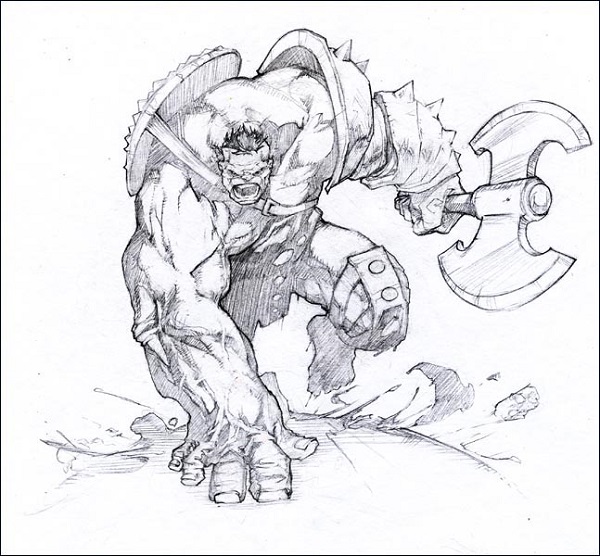 Hulk by Kameron Gates
Originating in 2006, in the pages of The Incredible Hulk, the original Planet Hulk story-line followed the Hulk’s efforts to conquer and escape an alien world after being banished from the Earth by his fellow Marvel heroes. The 2015 Secret Wars version meanwhile, focuses in on a gladiator version of Steve Rogers trying to survive and battle his way through a countryside filled with insane versions of the Hulk. In other words, no matter which story you read you’re guaranteed a hefty dose of awesome. 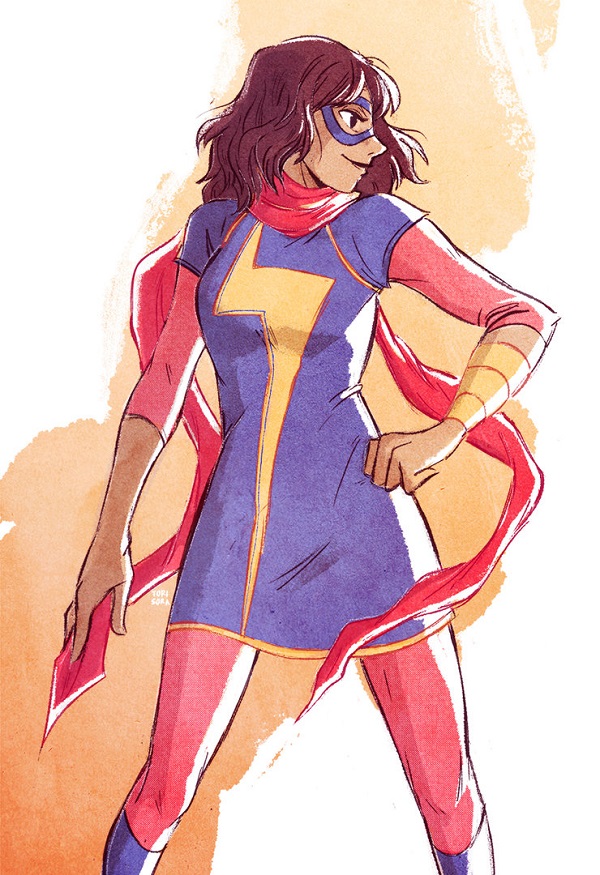 Kamala Khan by Christine Almeda
Beginning this month, Marvel will be bringing Kamala Khan’s existence in the old 616 universe to a close with issue 16 of Ms. Marvel. That being the case, Marvel has already confirmed that she’ll be returning in the aftermath of Secret Wars to take her place in the new universe as a member of the “All-New, All-Different” Avengers. Suffice it to say that fans will be eager to see her adventures continue. 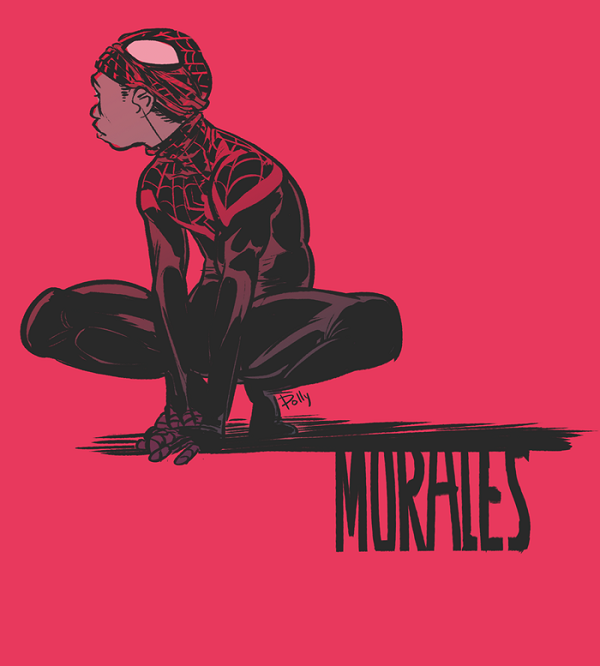 Miles Morales by Polly Guo
Joining Ms. Khan in All-New, All-Different Avengers will be the Ultimate Universe’s Spider-Man Miles Morales. A fan favorite pretty much since the moment he took up the mantle of the spider, there weren’t many who doubted that he’d survive the end of the Ultimate Universe to join the new combined one Marvel will be creating in the wake of Secret Wars. What remains to be seen is what sort of scars will be left by the destruction of his universe, if there are any at all. 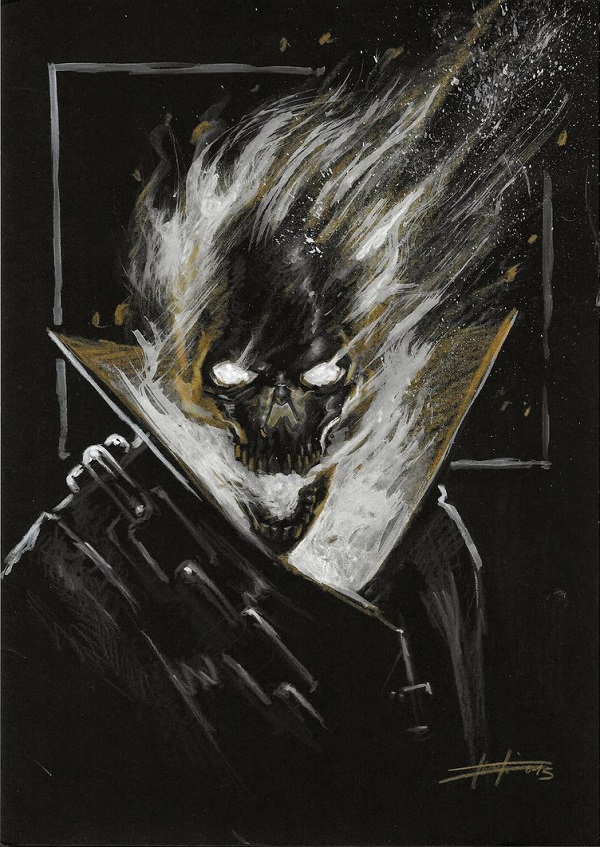 Ghost Rider by Luca Strati
You know what’s an amazing idea? A combat race comic book starring a cast composed almost entirely of Ghost Rider variants. Marvel, obviously realizing this, is using Secret Wars as an opportunity to explore the concept with Ghost Racers, a comic that should actually have already landed on store shelves by the time of this gallery’s publication. 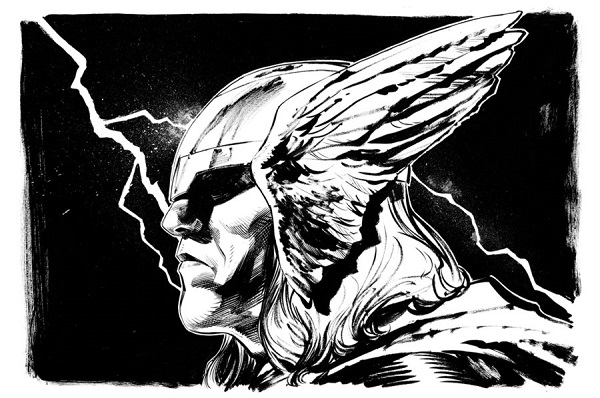 Thor by Stephen Thompson
If there’s one thing the many writers at Marvel have proven over the decades, it’s that the only thing better than one Thor is multiple Thors. Whether you’re talking the introduction of Beta Ray Bill or, more recently, Jason Aaron’s Goddess of Thunder, the Marvel Universe just seems cooler when you have multiple Thors hammering evil with Asgardian justice. In the Secret Wars Marvel has decided to explode this idea with Thors, a mini-series that examines what would happen if you were to police a mish-mash place like Battleworld with an army of thunder gods. 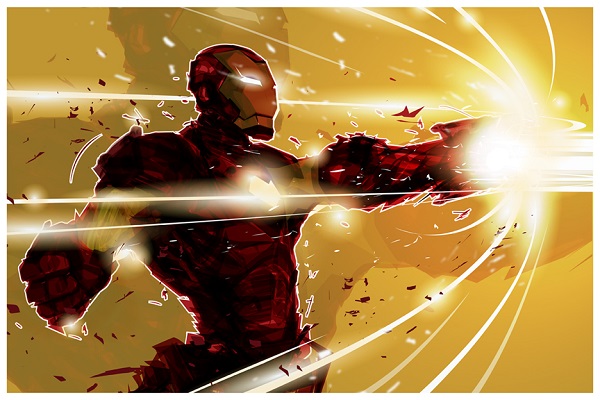 Iron Man by Justin Currie
Whether you’re talking films or comics, Iron Man is one of Marvel’s biggest characters right now. That in mind, it surprised absolutely no one when the publisher announced that it would be giving Tony Stark and his famous armor their own Secret Wars mini-series. Named after one of the character’s most famous story-arcs, the new Armor Wars centers around a mechanized utopia led by Stark and his brother Arno. The catch is that in this world, everyone has to wear Iron Man armor out of necessity because a plague has rendered its entire population unable to survive sans suit. 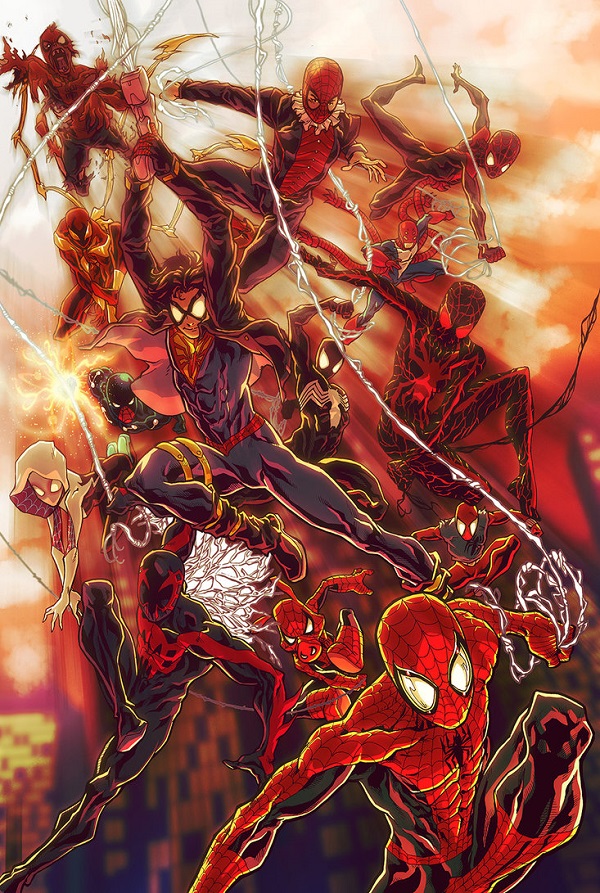 Spider-Verse by Sebastian von Buchwald
One of Marvel’s more notable pre-Secret Wars events was Spider-Verse. Bringing together Spider-Men (and women) from different realities for a superhero adventure royale, it delivered a some great moments and created new characters that many Spidey fans quickly latched onto. Hoping to get more mileage out of that same idea, Marvel’s brought the Spider-Verse back for Secret Wars. 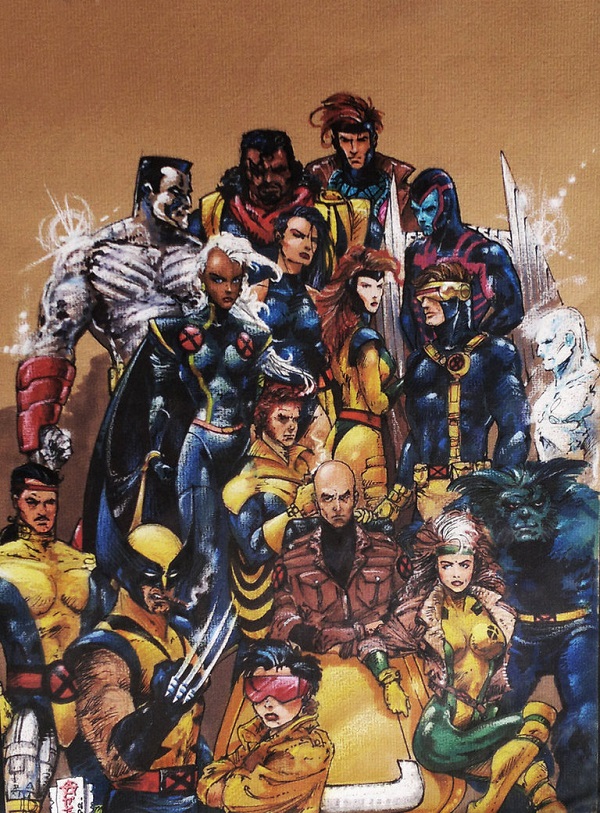 X-Men 92 by Abraham Katase
The 90s are largely remembered as an era of comics tinged with unnecessary grimness, drama and cringe-worthy stories that most would like to forget. One of the arguable exceptions to this rule is the X-Men who, in spite of their own stupid comic moments, managed to win over a lot of young fans with Fox’s fantastic 1992 animated series. Marvel left many of those fans pleased, in turn, when it announced that it would be spend an entire Secret Wars mini-series revisiting this era and its take on the franchise. Now if you’ll excuse us we need to go find a way to get the old theme song out of our heads. 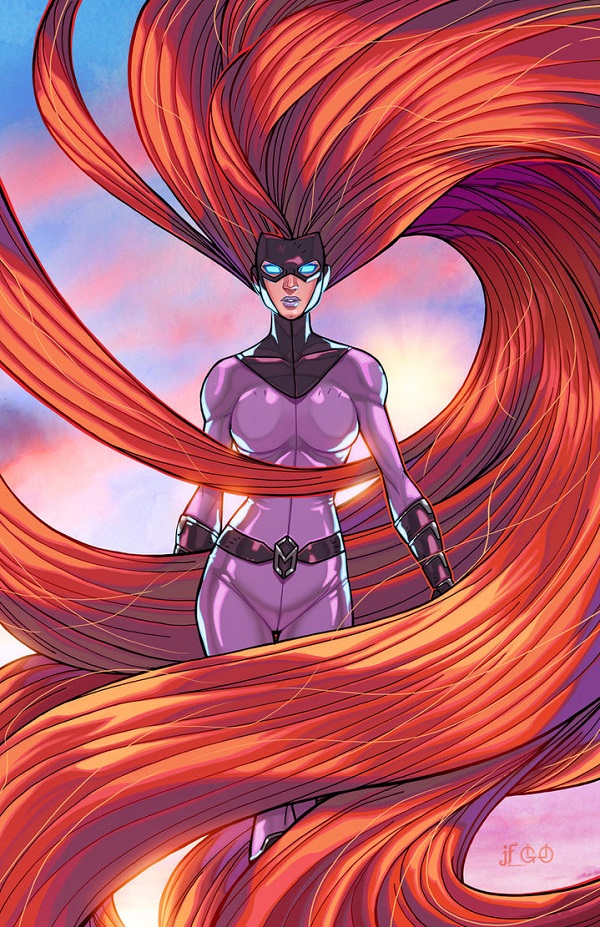 The Queen of the Inhumans by Jamie Fay and Ihor Loboda
With Fox Studios still retaining the film rights to the X-Men, Marvel and Disney have recently been taking steps to improve the visibility of its other comic book about a race of mutated super-powered people: the Inhumans. It was no surprise, in turn, when Marvel announced that it would be giving the Inhumans their own Secret Wars mini-series. Dubbed Inhumans: New Atillan Rising, the comic will focus on the efforts of Medusa to capture her husband Black Bolt and halt his efforts to sew rebellion in Battleworld. 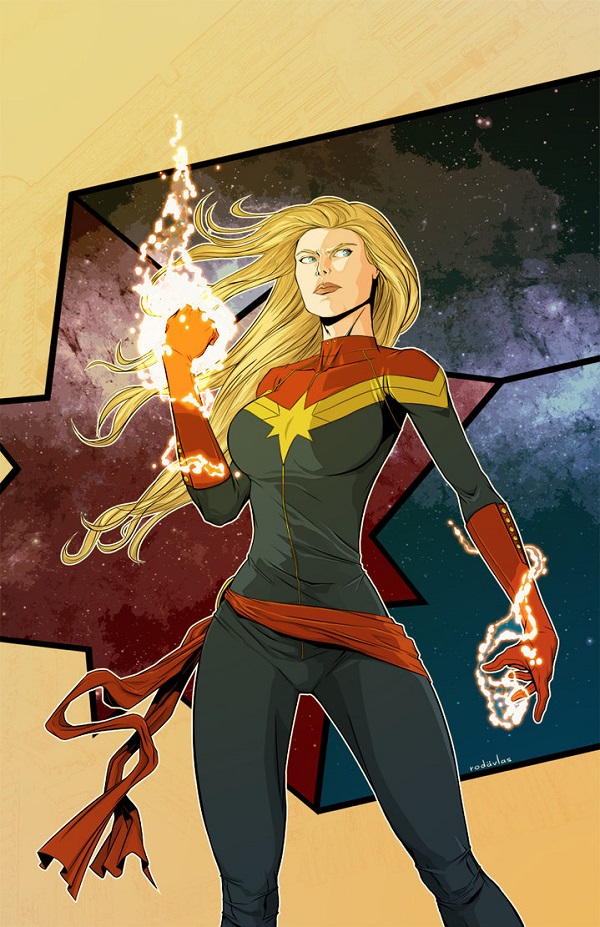 Captain Marvel by Salvador Valasquez
Last year, Marvel announced plans to produce its first female-fronted superhero film: Captain Marvel. It was a move that struck some as being a tad odd. After all, the Marvel Cinematic Universe already has a leading lady that many would agree is in desperate need of her own movie. Anyone who’s read Marvel’s Captain Marvel comic however, can easily attest to why she deserves her own movie. Simply put, she’s a bad ass. Hoping to shine more light on that fact, the publisher also unsurprisingly opted to give her her own Secret Wars mini-series: Captain Marvel & The Carol Corps. Putting her in command of an elite fighter squadron, it aims to show that Carol Danvers is awesome whether or not she’s super-powered.