Comics and doodles are a facet of many geek’s lives: whether it’s reading them, seeing others’ work on the net, or doodling them yourself in the marigins of a notebook. Sharing them with your friends is the next step. I think you can see where I’m going with this. Mangaka: The Fast & Furious Game of Drawing Comics is a game funding on Kickstarter right now that makes drawing and sharing comics with your friends a real joy and a hilarious competition. Through equally fast rounds of drawing you create longer and longer comics, eventually topping out at eight panel speed masterpieces. Though I have absolutely no natural drawing talent, I really enjoyed playing the game with a homemade set of cards and a pre-release iteration of the rules. 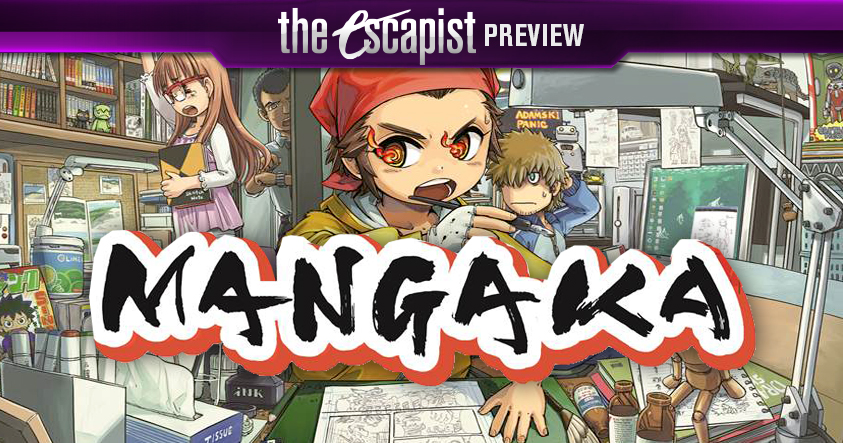 Players take the roles of comic artists out to prove themselves to the world and gain the most ‘fame points’ to win. At the top of the game, players receive random ‘obsession’ cards, like ‘robots’ or ‘science fiction’ giving them a few themes to work with over the course of the whole play. Each round, they draw in successively greater numbers of panels – starting at two and going up to eight – to create a comic in five to eight minutes. There are a few limits on you that really serve to keep players on track, like stopping you from using too many words. Additionally, each round sees a number of ‘trend cards’ get played, encouraging players to cater to what the comic-reading masses want to see. Once you’ve drawn your comics and the time limit is up, you compare with others’ work to see what everyone has made, then vote on who stuck to their obsessions and trends the best. Those who did well score more fame points, and the one with more fame points wins. 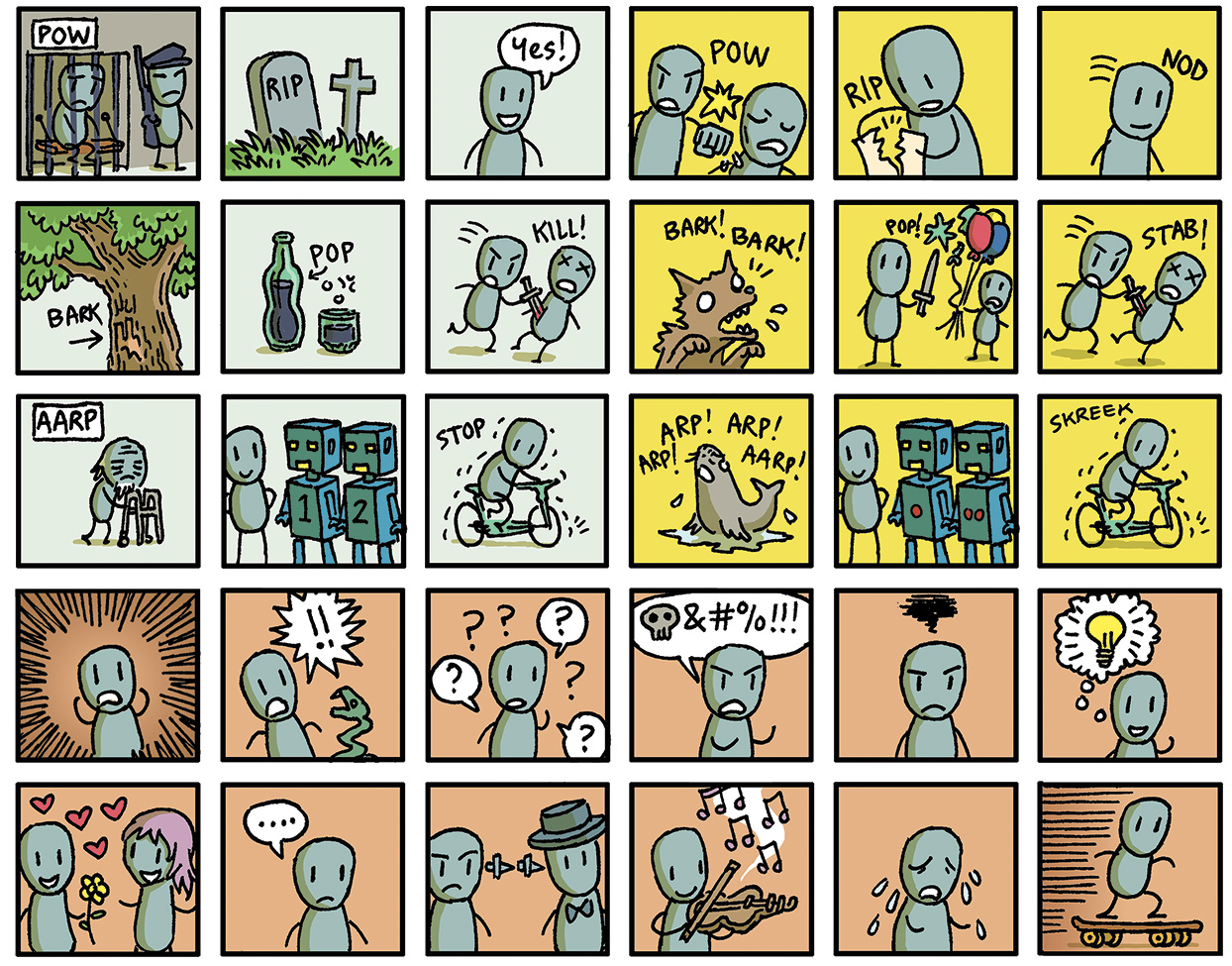 Mangaka doesn’t seem to be much as much a game of competition as it is a game of having fun. Much like your average party game – say, Cards Against Humanity or Pictionary – what you get out of Mangaka is about your ability to make your friends laugh. Sure, there’s a winner and sometimes a game can feel particularly hard-fought, but really you’re going to go through it for the laughter it generates. Your friend will groan in pain as their robot battle comic is disrupted by a theme forcing them to incorporate bucolic farm themes, or you’ll make comedic hay by forcing a superhero battle into the middle of your overblown melodramatic soap opera.

I think it’s a testament to how fun this idea is that you don’t have to be capable of much more than stick figures and caricatures of real objects to make it fun. Because there’s limits on how many word balloons you can use alongside your drawings, and because you’ve got good prompts from the cards, you really are rewarded for speedily thinking of a storyline and sticking to it. On the other hand, convincing the embarrassed or unwilling to actually get started playing the game with you might be a little harder or more effort than you want to put into starting up a casual game. For those with a few friends willing to get goofy, though, Mangaka will deliver a hell of a lot of fun for not too much investment.