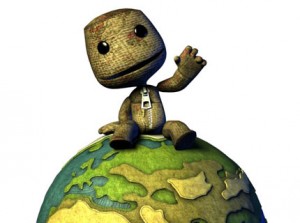 Gamers have gathered at Sony’s PlayStation Lounge in New York City to help participate in a grand undertaking. Over the course of the next 3 days, they will play LittleBigPlanet 2. And they will break 7 different world records doing it.

Along with the actual breaking of records, the event will feature appearances by Media Molecule, the developers of LittleBigPlanet 2 and some of the guys from the LittleBigPodcast. You can watch the whole marathon live here.

LittleBigPlanet 2 comes out today, and the Guinness World Records Gamer’s Edition 2011 will be out the 20th.

Ricky Gervais at the Golden Globes: Hurtful or Hysterical?