As a gaming experience, Master of Orion didn’t hold up to the test of time quite as well as XCOM, but the team at NGD Studios did just as remarkable a job at breathing new life into an artifact of gaming years past. Master of Orion was originally released in 1993 and served as the foundation for the “4x” nomenclature we know today. It wasn’t the first 4x game by any stretch, but the term was coined to describe the original Master of Orion, which is worth something in terms of historical significance. The MOO franchise has been quiet of late, but Wargaming picked up the IP a few years back, and Argentine studio NGD’s obvious passion for the project shone through last year when I first got hands on. 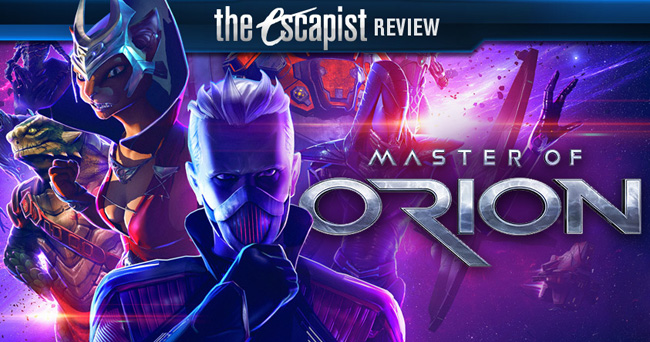 As a strategy fanatic, it’s possible that MOO‘s greatest weakness is actually its source material – it is a stellar recreation, but it left me wanting nonetheless. Despite the most rose tinted of glasses, this nostalgia trip left me feeling, ironically, nostalgic for the depth of modern strategy games. As innovative as it was at the time, the core of MOO serves as a foundation for many of today’s 4x games, so it can start to feel thin after some time on its own. That’s not to say that it was bad by any stretch, and I have no doubt I’ll sink another couple dozen hours into the game over the next few months. Whatever it may lack in depth for someone with extensive 4x experience, however, it makes up for in accessibility to those who lack such experience. It strikes me as something akin to Hearthstone, with some cartoony, cutesy characters and fool-proof UI softening the sci-fi strategy exterior.

While the barebones 4x may grow tired after a couple dozen hours to strategy veterans, the reality is that Wargaming’s objective isn’t to make a new, modern strategy experience. In fact, at my appointment last year, it was stated very clearly that the CEO’s entire vision for MOO is to offer the classic experience to a younger audience that may never have played it otherwise. So, what may be a curse to the harder-core will almost certainly be a godsend in terms of broadening the appeal and accessibility.

You’ll choose from one of the 10 races, each representing a different evolution of intelligent life, with racial traits – some traits are bonuses, while others are penalties – deciding the gameplay to a large extent. The Psilons, for example, excel at science and research, so you’ll typically work towards gaining a technological edge in combat, rather than go toe-to-toe on equal footing with a race that evolved to be more combat-oriented, like the space-bears, the Bulrathi. You start humbly with a single solar system, but you’ll expand quickly to new colonies, fending off space pirates and suing for peace with your neighboring empires. Figuring out the right balance between constructing facilities and ships for your fleet is critical, as your enemies can quickly outpace you in either infrastructure or military strength, if you’re not careful.

Staying true to the original, MOO‘s updates were primarily in graphics and UI, and they were remarkably well integrated into the classic game systems. There are some sticking points, but the turn cycle button – the “next turn” button cycles through your turn, choosing research projects, production, and commanding your fleet before allowing you to move to the next turn – guides you . It’s been done before, but it’s new to MOO, and it improves the experience significantly. There are a number of accouterments focusing on ease of play, one of the most impactful of which being the intelligent colony auto-build. Novice strategy gamers are very likely to get overwhelmed when their first colony struggles to survive because of poor building choices early on, so having the computer take over with pre-optimized build orders can ease the burden. It is a fairly standard option these days, but also a welcome addition for recruiting new players to an old franchise.

Bottom Line: Master of Orion is a beautiful reproduction of a strategy classic. The game itself remains almost entirely unsullied, with the most notable updates applying to graphics and interface.

Recommendation: Master of Orion delivers exactly what it promises, but the depth of strategy games in the mid-90s does leave a bit to be desired.