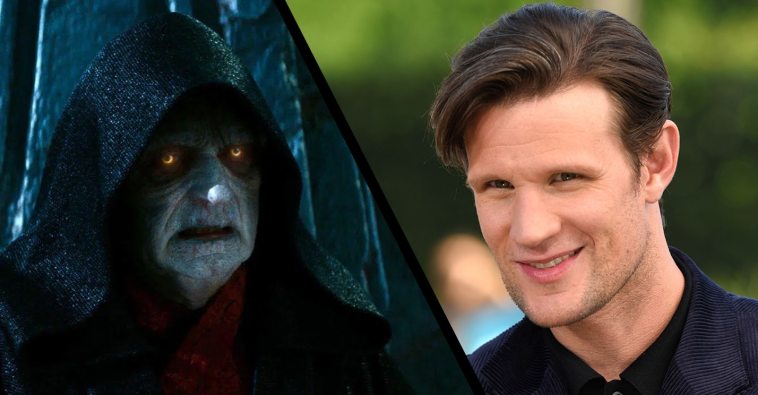 Star Wars: The Rise of Skywalker. Just saying the name kicks off a host of debates and opinions, most of them not too kind to the film. The movie retconned a bunch of stuff that stuck pretty poorly with fans, but evidently, the story could have been even more continuity-shattering than it was: Actor Matt Smith was at one point cast to play a character in Star Wars: The Rise of Skywalker, and even though the role was ultimately cut from the film, Smith said the character would have rocked the entire history of the franchise.

Remember those reports that Matt Smith was going to be in THE RISE OF SKYWALKER? He told me his role was a big deal, representing “a big shift in the history of the [STAR WARS] franchise.”

WHO WAS HE GOING TO PLAY?!

If you don’t recall, Matt Smith was announced as a cast member in Star Wars: Episode IX in August of 2018. However, as the movie progressed his role was removed from the film and audiences never got to see him. This was all pretty early on in the movie’s development — so early it didn’t even have an official title yet — so Smith didn’t shoot any scenes or even try on any costumes. However, the actor said that if he had been in the film, it would have been a “transformative Star Wars story detail.”

“I mean it was like a big shift in the history of the franchise,” Smith said. He then elaborated, “There was no costume (test). There were a couple of meetings to talk about it. … Maybe I can come back, you never know. To come back as…”

Then the phone literally cuts out. It’s not clear if he was actually going to reveal anything at that moment, but the running rumor is that Matt Smith was going to play Palpatine’s son in Star Wars, which the actor himself seemed to hint at in the interview when he was directly asked about the possibility and he responded only with that he “couldn’t possibly say.” The whole thing is a bit of “what could have been” for Star Wars fans, as The Rise of Skywalker is pretty much universally reviled, but swapping Palpatine for his son doesn’t really sound any more intriguing than what we got, to be honest. And it still makes you have to think about Palpatine having sex (even if it’s a clone version).