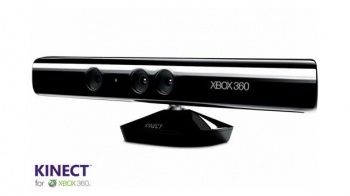 The company from Redmond plans to release Kinect drivers for use with PCs in April.

Back when Kinect launched on November 4th, the Internet was abuzz with hackers trying to bust it open and get to the creamy depth-percepting center. The prize went to a hacker named Hector, and he released his hacked drivers for all the world to use. And use it, they did: from MIT robots to jiggly boobs. Initially, Microsoft wanted to shut all this creativity down, but the company quickly backtracked, stating that the USB interface of the Kinect device was meant to be open. Now it appears that Microsoft is making good on its pledge to support engineers fiddling with Kinect by announcing its official Kinect software developer kit (SDK) coming in April. The new drivers will allow tinkerers to interact with the motion sensor, video, voice recognition and depth perception of the Kinect at a much “higher level” than what is possible with the hack.

“We think we’re going to see a huge explosion in interest,” said Craig Mundie, Microsoft’s chief research and strategy officer. “We welcome that and will support it.”

Of the switch in policy on Kinect and its hacks, the head of Interactive Entertainment, Don Mattrick said, “This seemed like a great way to build on the momentum, intellect and creativity of that community.”

At first, the SDK will be available only for people who don’t immediately plan to use the Kinect for commercial purposes, that is, people who expect to make money of Microsoft’s invention. A commercial license will be available at a later date, for possible integration into all kinds of applications from general computing to games and, of course, sex simulators.

Well, maybe those guys won’t get a license…