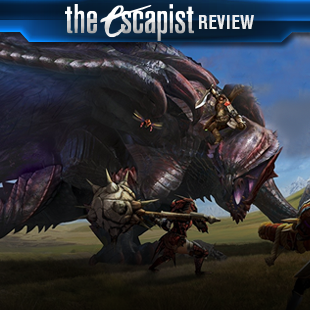 Combining finnicky action RPG elements – like timed attack sequences, very specific monster hitboxes, and lack of good tutorials – with complex grinding and crafting ala your favorite MMO, it’s no surprise why Monster Hunter is regarded as a niche game in the west, despite its immense popularity in Japan. I previously cited 2013’s incarnation, Monster Hunter 3 Ultimate, as a big step forward for accessibility in the series, and Monster Hunter 4 Ultimate continues that trend. It feels like a remarkably well tested game, and that should be no surprise, given that it’s had a year of development since its Japanese release to iron out the kinks.

At its core, Monster Hunter is about stripping down the action RPG formula to two very specific components: Boss Fights and Crafting. Near every quest is an epic battle with a huge beast, and they only get bigger and bigger over the course of the game. As you progress, you learn to better fight specific beasts, and unlock new missions where you’ll encounter new subspecies with different powers. Those critters also get thrown into the game’s new exploration mode, where you’ll get randomized combinations of big beasties fighting you and each other. Explorations – and the multiplayer counter to it, guild quests – are one of the best things for Monster Hunter in a long while, providing a real casual experience for a game that is otherwise very mission-focused and prone to becoming an exercise in planned grinding. If you know you’re in the mood for the game but aren’t sure what to do, you can just throw yourself at an expedition into the unknown and experience a randomized map with some monsters to kill and loot to gather.

In the single-player mode, there’s actually more to experience than any previous monster hunter game. You travel around the world with a caravan of people, visiting towns and solving their various monster-based conundrums (if you’re wondering who or what did something in the story, trust me, the answer is monsters.) You encounter most of the game’s monsters over the course of the single player story, and about ten of those are wholly new to veteran hunters – though only two are truly “new” and not a variation on an existing species. As you progress, you craft new armor to ensure you can take on the latest beasties and maybe repeat a mission or three to complete an armor set. There’s also a mysterious virus going about, making some monsters more dangerous, but we’ll not talk about that to avoid spoilers – other than saying it’s a fun gameplay element when it does come up, but nothing too earth shaking. 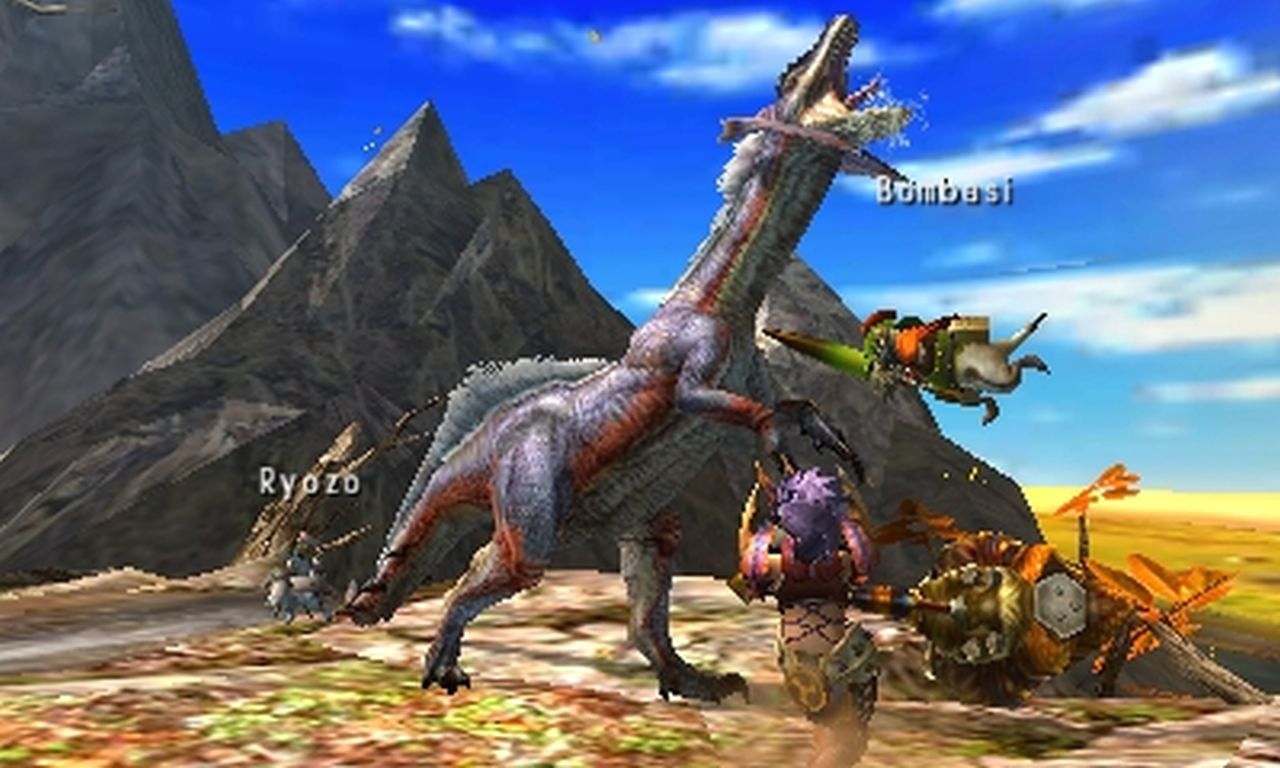 Combat in Monster Hunter 4 Ultimate is as satisfying as ever, rewarding those who experiment and learn the weapon combos of their favorite type. Much like perennially popular Dark Souls, the core of your character is knowing how and when to strike and when to abort into a defensive maneuver. Some of that is knowing your weapon, some of that is knowing the monster, but all of it is satisfying to master. There are also new training missions for each weapon class, making it quite a bit easier and more forgiving to try out a weapon you haven’t in a live combat scenario with no real penalty for failure. The core is experimentation – you don’t know you can cut off a monster’s tail until you try – and that’s a very rewarding process once again in MH4U. Some basic annoyances, like a camera that doesn’t always go where you’d like it to be, remain in the game, but you learn to play in a way that works around it.

The new combat elements, vertical climbing and rodeo attacks – are a great step for the game. In previous Monster Hunter maps you’d learn and avoid any place where a knee-high wall was going to block your hunter’s movement and cause certain death, but now your hunter will vault the walls and climb with ease. Though it’s sometimes annoying to hit a wall and realize it’s one of the places you can’t climb, the added value of leaping off into attacks is well worth it. Multi-level arenas appear very often, with stage areas rarely having a featureless flat field for battles. The new weapon classes, the charge blade and the insect staff, are quite nice. The charge blade isn’t too unfamiliar, just a heavier variation on the existing switch axe. The insect staff, though, is a very interesting ranged/melee combo that adds mid-range skirmishing niche to the lineup of hunter types. Deploying and customizing your own specific insect to attack at range with and get buffs from is quite fun, and a little less work intensive than playing out buffs on the hunting horn – if less party friendly. The insect staff also provides a pole vault leap attack for those who love the new rodeo mechanics, allowing you to leap to the top of monsters and do some stabbing while you hang on.

It’s hard to judge precise added value when it comes to games like Monster Hunter. Much of this is something you’ve seen before if you’ve played the games, but the settings are all new. The addition of multiplayer online to the 3DS is important, but it’s hard to comment on something that should have been standard last time and shows up just now. The graphics are miserably unimproved from 2012’s Monster Hunter 3 Ultimate, and the 3D element, while pretty, makes it hard to read much of the game’s text. Likewise, it’s a game about long boss fights, and doing some of the epic 30 to 45 minute battles on a tiny handheld make you think the choice of platform isn’t ideal.

That said, they removed the underwater hunting, and thank god they did.

Bottom Line: This game preaches to the choir – the hunting faithful will love it, everyone else, maybe not.

Recommendation: If you’re into crafting and hardcore action-RPG combat, Monster Hunter 4 Ultimate is a game you should try.