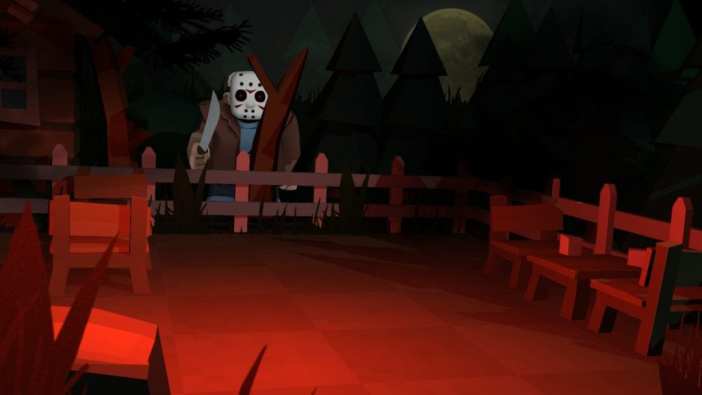 “Decapitations are okay, but I think crucifixions are too much, and the toilet plunger down the throat just feels excessive.”

Debating what methods of murder Jason Voorhees can reasonably employ is a bit of a departure from my earlier days in the game industry. Back then, as one of the founders of PopCap, we had different discussions, like, does that Bejeweled diamond twinkle enough? Does Bjorn the Unicorn in Peggle look stoned? Can you play Zuma with an Xbox controller? Will we get sued if we keep that moonwalking Michael Jackson zombie in Plants vs. Zombies?

The world of video games is famous for its short memory, so I’m not surprised when people these days have no idea what PopCap was, or only recall it with vague nostalgia. As Mark Zuckerberg said when I met him, “Oh Bejeweled? The girl behind me in high school played that.”

The history of PopCap is a strange one. Originally a ramshackle three-man startup in the Pacific Northwest, we labored for years in the moderate obscurity of a niche market: games for your mom.

No one could predict Peggle’s success in PopCap’s early days.

In the early 2000s, before smartphones, casual games were basically Solitaire and Minesweeper on your PC. Our innovation was to marry the shareware model used so successfully by Doom to the brave new world of the internet, where you could instantly download and buy an electronic game with your credit card, as opposed to mailing a money order to Texas and waiting three weeks for some floppies.

Our games — like Bejeweled, Zuma, and Peggle among others — were by and large ignored by “real” gamers and the gaming press, but they were gobbled up by, yes, your mom, and all the other non-hardcores out there who had time to kill but no inclination to shotgun mutants. For the better part of a decade, PopCap ran a profitable company that was mostly invisible in the shadow of mainstream behemoths like Electronic Arts.

Then something strange happened. The iPhone launched. There were cell phone games before, but they were clunky and awkward, and you basically stuck with whatever came pre-installed on your Razr that was playable with a microscopic d-pad. The iPhone, and then the Android phones that followed, changed everything.

Just like that the relatively small market of casual download players turned into a colossus. While hardcore players still sneered at casual games, their sneers now had an undercurrent of fear … fear that these rinky-dink match-3 games were making so much money that companies would stop making “real” games, as evidenced most recently by the total freakout over Diablo’s mobile iteration.

Making a hit like Plants vs. Zombies has its drawbacks.

So PopCap went from a little Seattle outfit to a globe-spanning operation with over 600 employees, and from there to a high-stakes bidding war that eventually saw us sell to EA in a deal nominally worth hundreds of millions of dollars. We’d gone from garage indie band to arena rock, and the pressure was intense.

“Is this a billion-dollar franchise?” was the first question now asked about new game prototypes, to which my answer was always: “Maybe?” Who knew? Nobody thought Plants vs. Zombies was going to be a hit at the time, or Peggle, all the way back to Bejeweled.

With that pressure, it was a difficult environment to experiment in. A few years after the acquisition, I exited PopCap to try some very different non-video game projects: the Storm Crow “nerd bars,” the mail order Mysterious Package Company, and others. But I couldn’t stay away from games for long, and so Blue Wizard Digital, named after the famous about-to-die Gauntlet character, was born.

Going back to the beginning and starting over was strange. I had to rebuild a team, with some veterans of PopCap and some younger n00bs. But the landscape of the game industry had also shifted dramatically. While it was now trivially easy to make and launch your own game, whether on Steam or the App Store, you were competing for attention with literally tens of thousands of other indie games doing the exact same thing.

The gory glory of Slayaway Camp.

New marketing channels were all over, from Twitter and Facebook to Twitch and YouTube. Back in the day, we were making games for a small audience starved for content, any content. Now, you had a huge audience, but a vast glut of other content to compete with. In the classic business school analogy, I’d gone from a “blue ocean” to the bloodiest red of red oceans.

Our first game, Space Tyrant, was a learning experience. When we started it, the idea of a light, fun 4X space strategy game for Steam seemed novel, but within a year there were seemingly dozens of similar games all over the place. I was proud of the final game, but despite glowing recommendations from critics like Tom Chick and the late TotalBiscuit, the game just didn’t find an audience.

After that, I resolved to get back to the blue oceans as much as we could by picking game genres nobody else was doing. Of course, sometimes there’s a reason for that. But our next game, Slayaway Camp, was at the very least unique: a cerebral sliding-block puzzler themed as a tribute to bloody ‘80s VHS slasher films, replete with countless graphic murder scenes done in a blocky, cartoony style. Slayaway Camp gave me license to indulge my love of gruesome horror movies in a way we never could at PopCap. EA threatened legal action when I pitched it as “from the makers of Bejeweled,” but sadly they never sued. It would have been great PR.

Slayaway Camp was critically acclaimed and had decent sales, which led to the follow-up when we were approached by the Friday the 13th rights holders to do an officially licensed version. And so Friday the 13th: Killer Puzzle was conceived. It was an opportunity to elaborate on and refine the ideas in Slayaway Camp, and so soon we were debating whether 15 seconds of toilet plunger choking was a little too much.

(For the record: maybe a bit.)

Blue Wizard gets a big time license with Friday the 13th.

In a world where there are more video games released every day than used to come out in an entire year, I’ve found that steering clear of the bloodiest oceans is the most rewarding course for a born-again indie. Our other current title, Shell Shockers, is a web browser game. Browser games were once hot stuff, but in the wake of Farmville burnout and mobile ascendency they are now probably the least sexy, least lauded genre you can imagine.

At the annual Game Developers Conference, not a single session mentioned web games and yet, every day hundreds of thousands of people play Shell Shockers. It reminds me a bit of the early days of PopCap making downloadable puzzle games for bored moms, ignored by press and industry alike but making a lot of people happy.

I’m not dying to get back into the high-pressure arena rock world that casual games transformed into. But it’s instructional to note that today’s billion dollar games were once ignobly ignored. Who knows what tomorrow’s megahit will be?