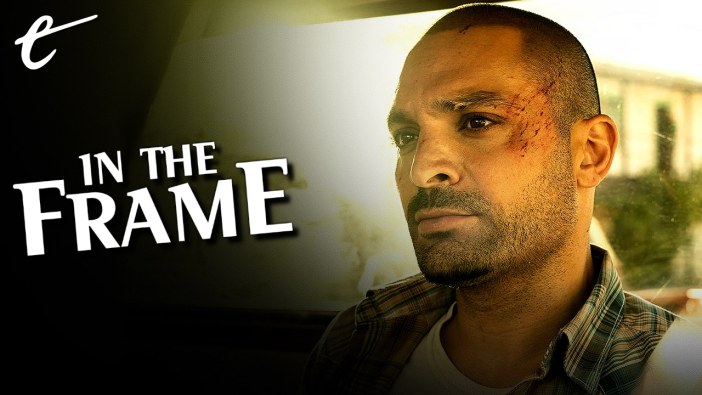 This discussion of the character Nacho Varga contains spoilers for Better Call Saul season 6, including the most recent episode, “Rock and Hard Place.” It also has major spoilers for Breaking Bad.

In “Rock and Hard Place,” the third episode of the final season of Better Call Saul, Ignacio “Nacho” Varga’s (Michael Mando) journey comes to an end. It’s a fitting and tragic conclusion to the character’s arc across the previous five seasons.

In many ways, it is a surprise that Nacho made it this far. Nacho has spent much of his screentime interacting with extremely volatile figures within the world of organized crime. He is introduced as the right-hand man of hot-headed and trigger-happy gangster Tuco Salamanca (Raymond Cruz). When Tuco is incarcerated, Nacho reports to his vindictive uncle Hector Salamanca (Mark Margolis). When Hector has a stroke, he reports to Lalo Salamanca (Tony Dalton).

Nacho has never been a particularly major player in the Albuquerque underworld. His biggest side hustle over the course of the show involves buying illicit prescription medication from pharmaceutical company employee Daniel Wormald (Mark Proksch). Instead, Nacho has found himself caught in the orbit of more seemingly important figures in the Breaking Bad mythology, with Gus Fring (Giancarlo Esposito) blackmailing him into betraying the Salamanca family.

Even in production terms, Nacho’s position on the show always seemed precarious. When Mando was initially cast, the production team imagined Nacho as “the big bad guy” of the first season. These plans were scuppered when the writers latched on to the idea of setting Jimmy McGill (Bob Odenkirk) against his brother Chuck (Michael McKean) rather than from the city’s criminal element. Mando only appears in four of that first season’s 10 episodes, fewer than any other credited lead. 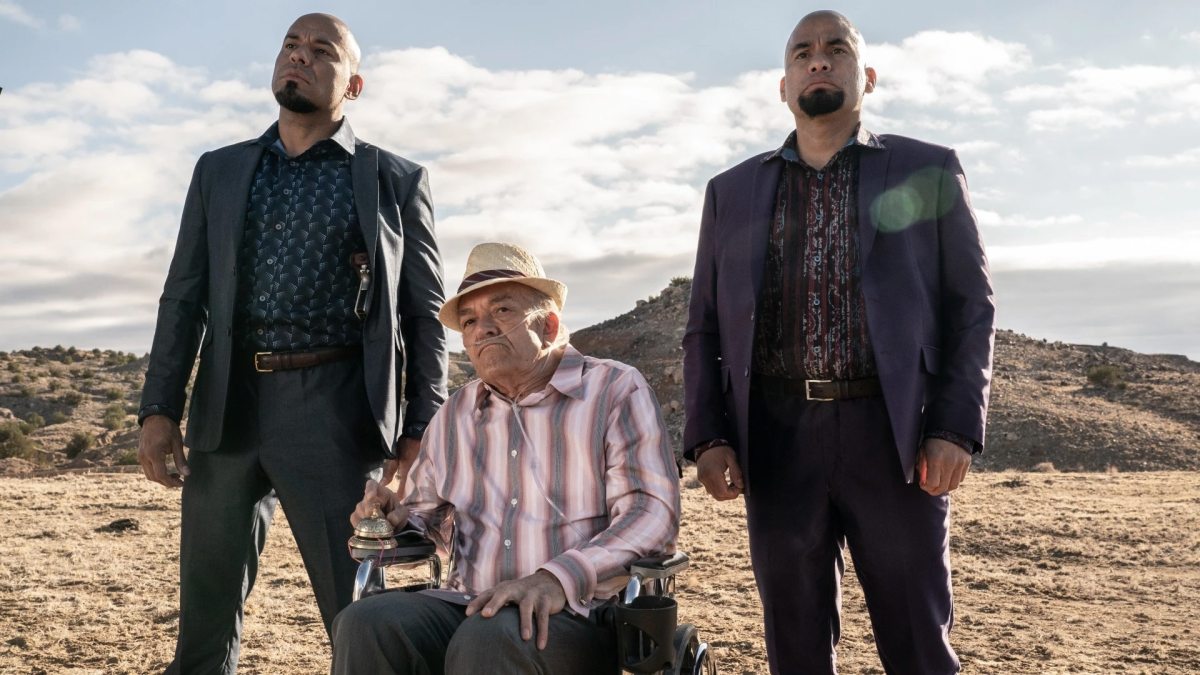 However, part of what distinguishes Breaking Bad and Better Call Saul from so much modern long-form storytelling is the production team’s willingness to adapt and evolve as the material reveals itself in the telling. Kim Wexler (Rhea Seehorn) was a character with whom the writers struggled during the early seasons and who has evolved into one of the most compelling characters on television. Nacho’s lack of a strong narrative anchor has become the hook into the character.

In a weird way, Nacho became the heart of Better Call Saul. He is an expression of one of the driving themes of the prequel series. He is also a character who exists in conversation with Breaking Bad. One of the most persistent criticisms of Breaking Bad concerned its treatment of members of New Mexico’s minority communities, particularly those that the show primarily portrayed in the context of their relationship to the region’s drug trade. They could seem interchangeable or disposable.

Nacho is the kind of character who could easily serve as an anonymous henchman in a story about the drug trade along the American and Mexican border, a character whose primary purpose is to look intimidating in the background of a scene and who then dies at the big action beat. He is the kind of figure who is rarely humanized in narratives like this, as even those stories exploring this sort of organized crime tend to focus on the decision-makers working at a higher level.

Over the course of Better Call Saul, the audience is invited to get to know Nacho. They come to understand the relationship that he has with his father, Manuel (Juan Carlos Cantu). They witness Nacho’s frustration with the world in which he has found himself. They share his fear that his life means nothing to those who hold it in their hands. The audience watches as Nacho struggles to dig himself out from under the weight pressing down on top of him, even as it becomes impossible. 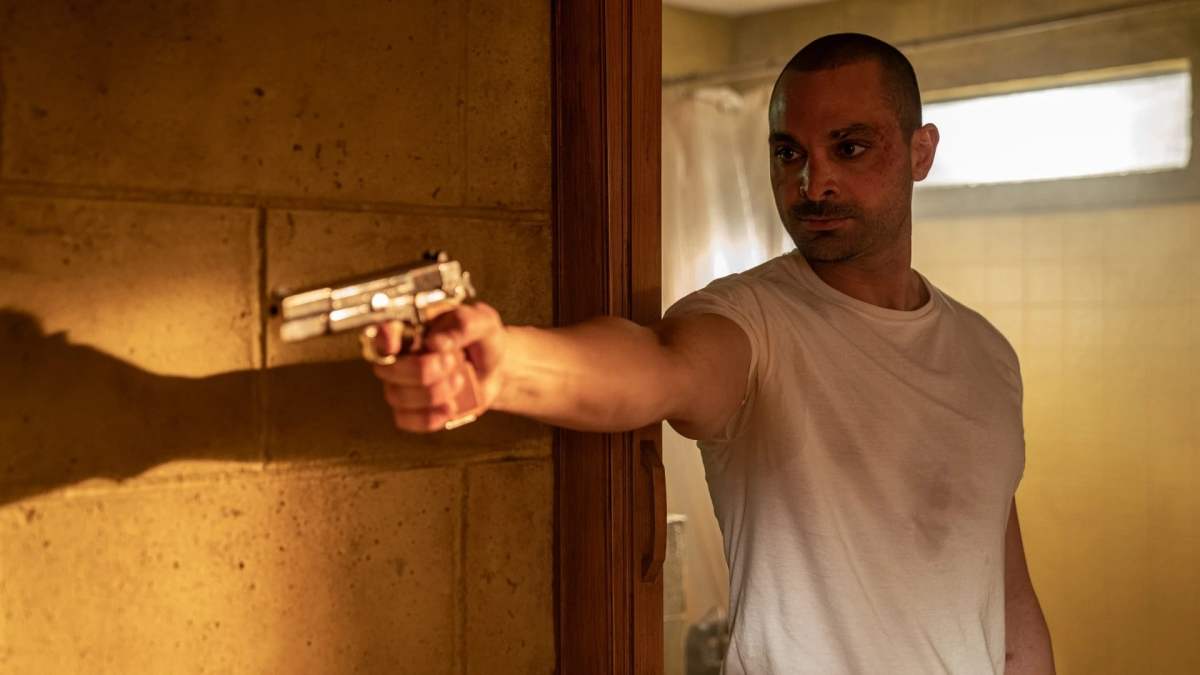 A lot of this is down to Mando’s charm as an actor. Mando is a wonderful screen presence. As with other members of the cast, particularly McKean and Seehorn, his performance seems to have served as an inspiration to the writers crafting his character’s arc. Mando is capable of portraying both vulnerability and resourcefulness, and he is skilled at channeling audience empathy even in smaller scenes. Mando is a wonderful non-verbal actor, capable of communicating a lot through silence.

“It’s an epic, iconic character that is very Greek tragedy in some ways,” Mando has explained of Nacho. “I’d like to imagine this character as a tragic, heroic, romantic figure.” That is certainly the case. Nacho is, to put it frankly, the kind of character who doesn’t tend to survive narratives like this. In “Rock and Hard Place,” Better Call Saul commits to that reading of the character. The episode’s teaser depicts the aftermath of Nacho’s death. It was a foregone conclusion.

However, there is something profound about this. Nacho never appeared in Breaking Bad. In his first appearance on Breaking Bad, now going by the name Saul Goodman, Jimmy McGill made a panicked reference to “Ignacio,” but that was never explored within the show. (Showrunner Peter Gould seems to have confirmed that Jimmy was referring to the same Ignacio.) However, he is a character on a show that is defined by its status as a prequel to one of the defining American shows.

Nacho might have died in “Rock and Hard Place,” but he did not die alone. Talking about the character’s final scene, which he shared with characters like Hector and Gus, Mando observed, “Every single one of them is dead, if you think about it. There’s an ominous thing to this scene, where these are all dead men walking, watching the first man die. But they’re already dead, they just don’t know it yet.” That’s a very thoughtful way of looking at the sequence. 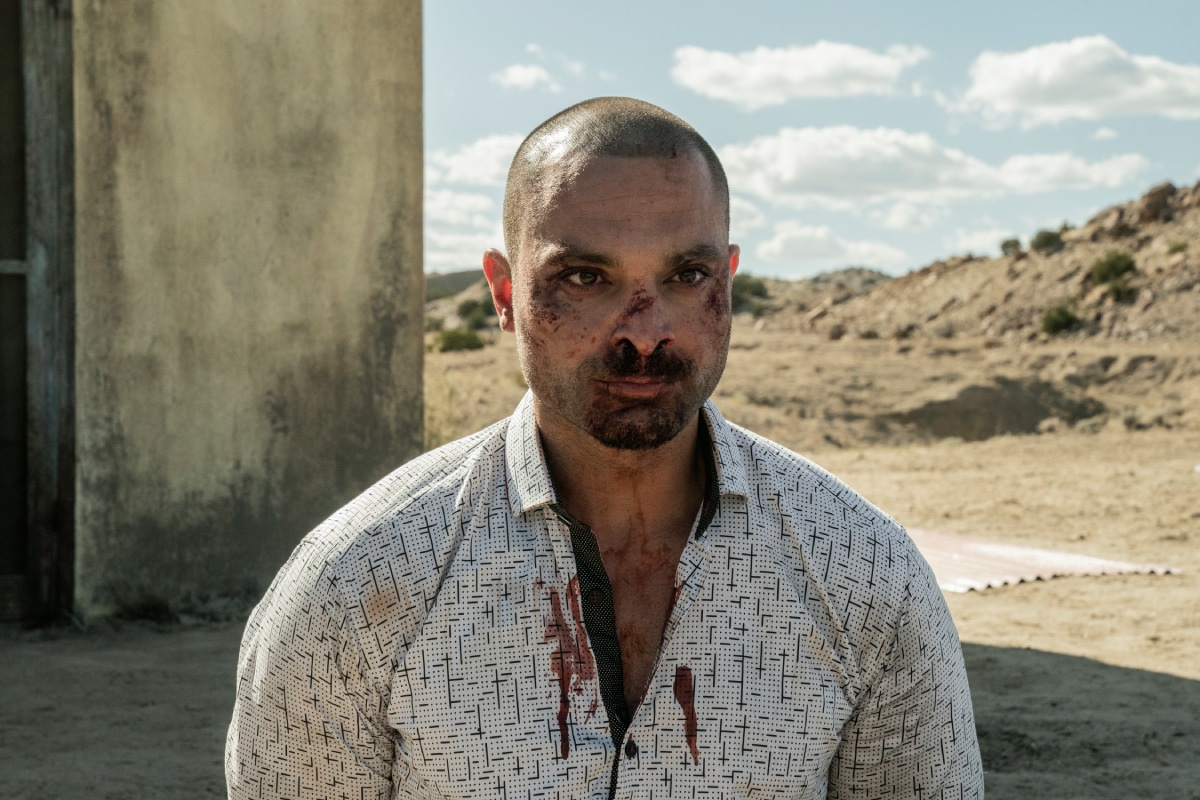 After all, Better Call Saul is in many ways a tragedy about characters waiting for Walter White (Bryan Cranston) to tear through their lives like a force of nature. Audiences who have watched Breaking Bad already know that all of Gus’ planning and scheming will end with Hector detonating a suicide bomb rigged by Walter. Mike Ehrmantraut (Jonathan Banks) will die directly by Walter’s hand. Walter’s schemes will implode, forcing Jimmy to abandon his entire life to go into hiding.

Better Call Saul reinforces this with its supporting cast, populated by characters that the audience has seen die on Breaking Bad. Nacho is introduced alongside No-Doze (Cesar Garcia), whom Tuco kills at the end of the first season of Breaking Bad. Walter kills Domingo Molina (Maximino Arciniega) three episodes into Breaking Bad, but he has appeared in more episodes of Better Call Saul. Gus’ lieutenants Victor (Jeremiah Bitsui) and Tyrus (Ray Campbell) both die in Breaking Bad.

It is no wonder that Better Call Saul is saturated with train imagery, as the show’s primary characters find themselves hurtling towards an ignominious fate as detritus in another person’s story. It’s no coincidence that characters like Jimmy and Nacho often find themselves sitting in the passenger seat, as they arguably have no real agency over the story that unfolds ahead of them. It is a grim punchline to a cosmic joke. 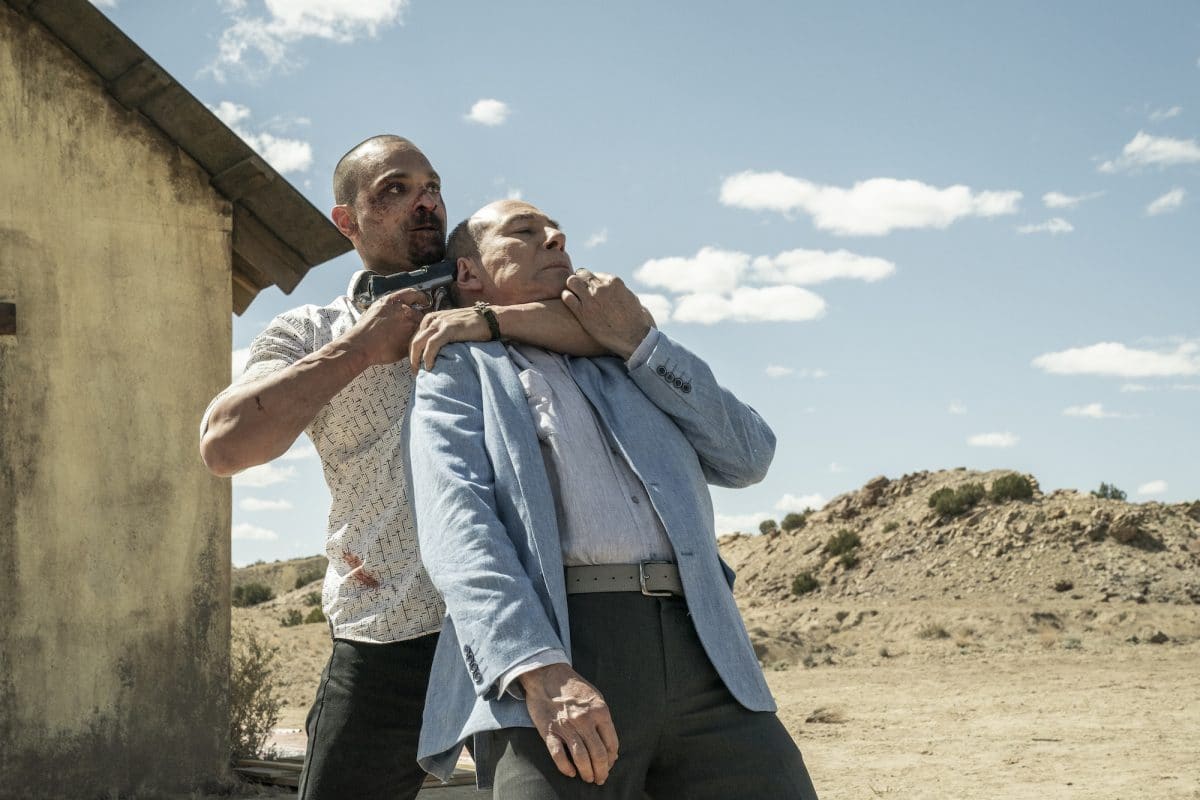 With Bryan Cranston and Aaron Paul confirmed to reprise their roles from Breaking Bad, and with Rhea Seehorn promising that the final season would explore “the Rashomon effect of what was going on when,” it’s tempting to see Better Call Saul as the Rosencrantz and Guildenstern Are Dead to its predecessor’s Hamlet. This is part of what makes Better Call Saul such a compelling prequel. It weaves this existential crisis about free will and self-determination into the narrative.

The beauty of Nacho’s arc is the way in which it plays off this tension. The audience understands that characters like Tuco, Hector, and Gus will survive into Breaking Bad. Nacho can never win. Every decision that Nacho makes in an effort to escape the Salamanca family only leads to more trouble: framing Tuco summons Hector, poisoning Hector invites Lalo. When Nacho trains his gun on the Salamanca cousins (Daniel and Luis Moncada), he cannot kill them; they die later in Breaking Bad.

In its own grim way, there is something almost triumphant in Nacho’s final moments. After a botched attempt on the life of Lalo, Nacho turns himself over to Gus to protect his father. Gus turns Nacho over to the cartel, Mike promising to protect Nacho’s father so long as Nacho doesn’t implicate Gus. Nacho is supposed to confess, to make a run for it, and then to be shot in the back. It is a very unflattering fate, like those suffered by countless other minor characters in both shows.

Ultimately, Nacho is afforded a strange dignity in his death. “Today, you are going to die,” Juan Bolsa (Javier Grajeda) warns him. “But there are good deaths, and there are bad deaths.” Nacho gets a good death. He gets to taunt Hector about tainting the pills that led to his stroke. He gets to loudly reject that Salamanca family. He even breaks free, taking Bolsa hostage with his own gun. In the end, Nacho presses the gun to his own temple and takes the shot. He ends his life. He goes out on his own terms, no one else’s.

That’s more than can be said about many of the more “important” characters on Better Call Saul, from Gus and Mike to Tuco and Bolsa. Nacho faces his end with resolve and clarity. It’s tragic and heartbreaking, but it’s also part of what makes the character so compelling. 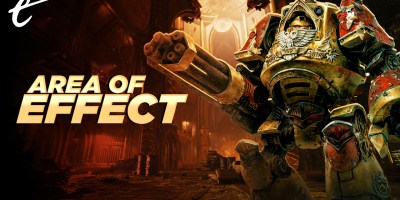 The Next Warhammer 40K Game Should Explore the Horror of Dreadnoughts 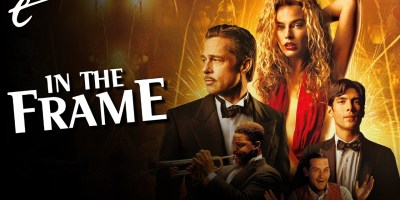 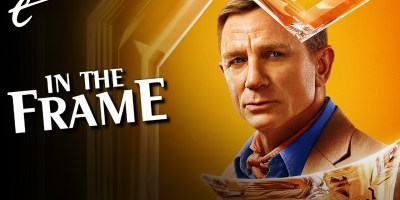 Is Netflix the Villain of Glass Onion?