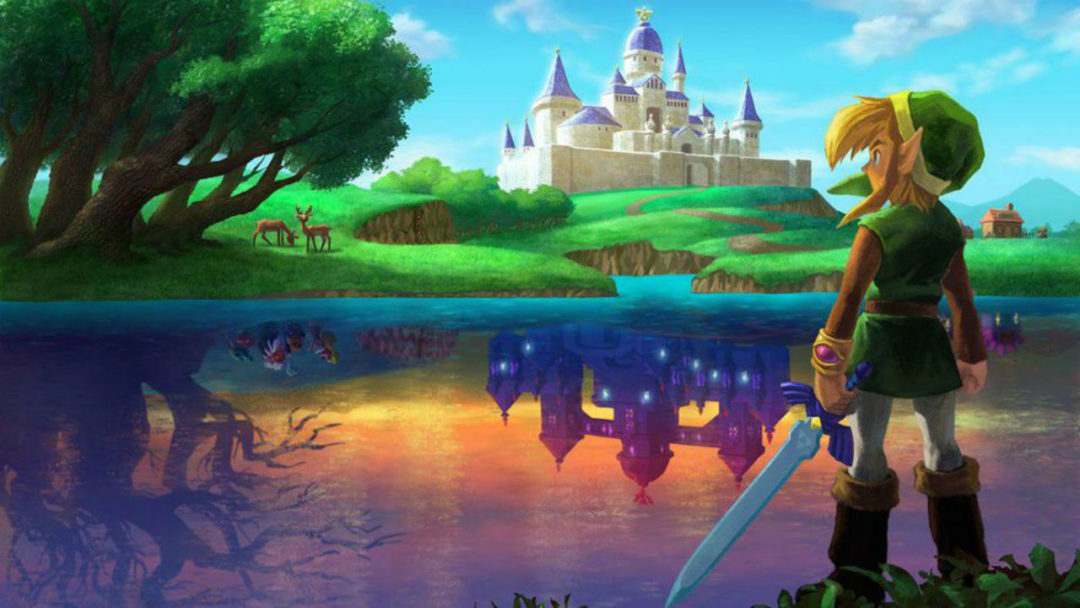 Mourning machines has become a habit of mine. When the PlayStation 2 finally stopped production at the end of 2012, I felt both genuinely lugubrious and also mortified at the fact that I wanted to purchase 40 ounces of Milwaukee’s Best and pour it slowly over a DualShock 2 while listening to “Time to Move On” by Tom Petty. How could I not, though? The PS2 was a legend, a single-purpose computer that became a nexus for shared experience at the dawn of the century. It was home to both peerless stories like Persona 4 and vivid digital fantasias like SSX. The same thing happened when Sony threw one last fist full of dirt on PlayStation Vita, an obscenely overdeveloped handheld born out of corporate hubris that transformed into a paradise of independent, obscure, and earnest games whose following paved the way for Nintendo Switch’s success.

Now I mourn another inevitable passing. In March 2019, Nintendo soberly committed to continuing its Nintendo 3DS business but confirmed it would no longer make any games for the handheld itself. Now it has removed any trace of 3DS releases from its schedule of upcoming games. The house of Mario is selling refurbished models for a pittance on eBay. Just over eight years after its ignoble debut, the dream is over. The Nintendo 3DS is dead.

I will remember you always, Nintendo 3DS. As you go, I will mourn you unashamed. It’s not just your unique design that’s passing, but the pure portable gaming legacy of Nintendo itself. Switch may carry on your spirit, but what began with Game & Watch in the early ‘80s ends with the 3DS. May your original hardware design burn in perpetuity and your eventual redemption be remembered in your righteous, rich library of games, little one. L’chaim.

Of course, it once looked like Nintendo 3DS was going to kill off the company’s storied portable gaming history a whole lot quicker. After nearly a decade,  it’s hard to remember just how big of a disaster the Nintendo 3DS was when it debuted in 2011. As a pure gaming experience, the 3DS was rough. Cumbersome design led to the bottom screen getting scratched when the clamshell halves of the device were closed; the small screens that looked dim and sad compared to the flood of new smartphones and tablets; it had only and a wan lineup of games whose best representation of Nintendo’s catalog of beloved properties was an inoffensive Pilotwings sequel. The stereoscopic 3D screen was impressive when it worked and didn’t cause eye strain or headaches, but the technology wasn’t well loved as evidenced by customers pointedly refusing to go to movie theaters or buy home television sets that leveraged it. At $250, the same starting price as the Nintendo Wii home console, the 3DS also ended more than 20 years of aggressively affordable handheld pricing. The Nintendo ethos was no longer embodied by delivering ambitious, charming and low tech Game Boy titles.

As a successor to the singularly successful Nintendo DS, the 3DS was an abomination. It was neither cheap or charming and only slightly ambitious. Where the DS seemed comically alien when it was born in 2004 — a microphone, two screens, and a touchscreen, heaven forfend — it quickly became a zeitgeist-defining piece of technology and home to some of the most creative, stirring games ever made. Those features that seemed so unusual led to work like Kirby: Canvas Curse, Hotel Dusk: Room 215, and Brain Age: Train Your Brain in Minutes a Day! that laid the foundation for the mobile game design boom that followed later that decade. It also played Game Boy Advance games. What did the 3DS do? It played DS games at a murky resolution, had a bigger top screen that muddied the appealing symmetry of the DS, had some crappy cameras, and did 3D.

Nintendo knew it had failed. By July 2011, less than half a year after the 3DS came out, the company dropped the price by a third. It also began the Nintendo 3DS Ambassador Program, an impressively generous apology effort that gifted those who’d actually bought a 3DS during those first months with 10 free downloadable NES games and 10 Game Boy Advance games, the latter of which were never made commercially available on the platform at all. “There might be consumers who are interested in Nintendo 3DS,” then Nintendo president Satoru Iwata said shortly before the price cut. “But they are unable to find software which they want to play, and they are in the ‘wait-and-see mode.’” Even with a remake of The Legend of Zelda: Ocarina of Time and a slick, if spare, platformer in Super Mario 3D Land out by the end of that year, the 3DS still took a long time to connect with people. But while it never gained the same momentum enjoyed by the DS, or hosted the sort of groundbreaking experimental games that characterized that machine, 3DS did in fact connect.

What the 3DS lacked in quantity and novelty it eventually made up for with the sheer quality of the games that steadily trickled onto it throughout the mid-2010s. Original puzzlers like the eminently lovable Pushmo and BoxBoy!; sequels to long dormant cult favorites like Kid Icarus: Uprising and Luigi’s Mansion: Dark Moon; remakes of challenging work like The Legend of Zelda: Majora’s Mask; and exceptional original efforts like SteamWorld Dig that proved so excellent that they eventually left the system to be ported to damn near every platform under the sun. The 3DS library became a haven for excellent games and series that would have struggled to survive on the major home console generations it straddled. Shin Megami Tensei IV likely wouldn’t have been a profitable effort at the end of the PlayStation 3 and Xbox 360 generation or the beginning of the PlayStation 4 and Xbox One era, though mainstream tastes have certainly swung back in favor of games like it as the runaway success of games like Nier: Automata shows. On Nintendo 3DS, developers could bank on riskier niche propositions while benefiting from the promotional support of a Nintendo desperate for more high quality work to hit to the machine.

The Nintendo 3DS library may be overly reliant on series and characters that were established long before the device existed, but that those entries are unlikely best in class candidates for their respective series. The Legend of Zelda: A Link Between Worlds looked like a crass, ugly attempt at remaking one of Nintendo’s most imitated and enduring triumphs when it was first announced. In final execution, I’d argue it’s the best Zelda game of the 21st century, a delightfully fluid, creative, and fetching (especially in 3D) exercise in high adventure that suffers from none of the aggressive hand-holding of modern entries or the tedium of Breath of the Wild. Animal Crossing: New Leaf turned out to be the platonic ideal of Nintendo’s dreamy little neighborhood simulator, streamlining many of its predecessors more cumbersome control and interface quirks while also making it easier (though still not truly easy) to play the game online with friends. Where previous Nintendo portables like Game Boy and the DS were known for their creative handheld reinventions of games made for Nintendo’s home consoles, the 3DS was one of the few whose more modest games had a habit of surpassing their big budget siblings.

That is what will be lost with Nintendo 3DS: the inspirational confinement of the underpowered portable machine. The Nintendo Switch is easily one of my favorite devices that Nintendo has ever made. But in tearing down the technological boundary between the company’s home and portable efforts, Nintendo has also eliminated the unique ecosystems it cultivated for its artists over the decades. The diminutive nature of the Game Boy, Game Boy Color, Game Boy Advance, DS, and 3DS forced creators to aim not for the most striking visuals or the most ambitious features, but for the most fun and depth possible within the constraints of humble architecture. The Nintendo Switch is simple compared to true home consoles like PlayStation 4 or high end PCs and mobile phones, but its games are technologically on par with the vast majority of mid-end gaming systems at the end of the 2010s. Most creators are targeting the Switch as part of a broad number of low tech options anyway rather than developing works tailored to its constraints.

Sadly Nintendo 3DS’ excellent library is more endangered than most. The dual screen design has already made the commercial emulation of its games a dicey aesthetic proposition. What developer or publisher wants to tackle smushing two vertically arranged screens of content into the 16:9 screens in people’s homes and pockets? The larger 3DS top screen makes re-releasing its games even more awkward for archivists. As we bury the machine in the soil of video game history, there’s no better time to actually go out and pick one up before the hardware and software alike become collector’s items squirrelled away behind heavy plastic at conventions and specialty shops. The Nintendo 3DS was never the best, but it became something so much more than the calamity it initially seemed to be. May it rest in peace.