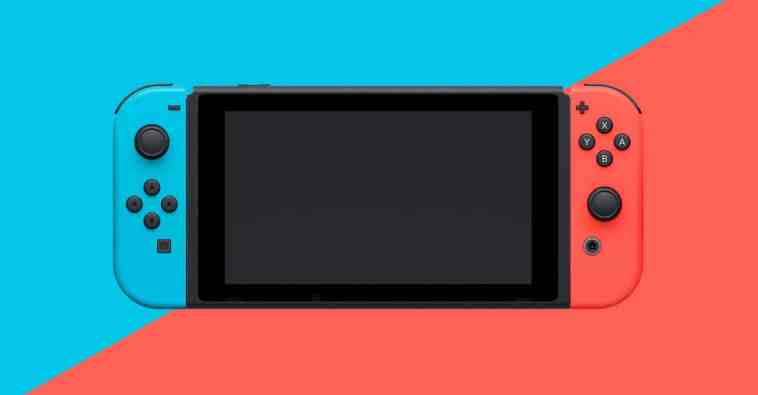 You’d be hard-pressed to find someone who doesn’t have something positive to say about the Nintendo Switch as it blows out the candles on its third birthday. From the moment it released in March 2017, the console/portable hybrid seemed to immediately rectify so many of the slipups of the Wii U, while ushering a new exciting era for Nintendo as a whole. Still, a lot of questions remain, especially with the PlayStation 5 and Xbox Series X ready to emerge just above the horizon. Let’s take a look at the successes, stumbles, and some of the unknowns of the Nintendo Switch, three years in.

As of the end of 2019, the Switch had sold 52.48 million units, moving it past the lifetime sales of the beloved SNES, and placing it as the third best-selling Nintendo home console after the NES and Wii. This was following the 2019 holiday season being the strongest quarter in the console’s history. What’s more, anecdotally, people just seem to like it.

Unlike with the Wii, which ended up collecting dust for a lot of folks after the spell of Wii Sports had faded, or the Wii U, which simply couldn’t churn out enough games to make it a primary console, I don’t know a single person who regrets buying their Switch. Part of that satisfaction is due to the way it effortlessly bridges the gap between a console and a handheld, which makes it an excellent travel companion. But most of all, it’s thanks to the games themselves.

The first-party lineup kicked off on a high note with the iconic Breath of the Wild at launch, with Splatoon 2 and Super Mario Odyssey not too far behind. The past year and a half has seen Super Smash Bros. Ultimate, Fire Emblem: Three Houses, and Pokemon Sword and Shield release to critical and commercial success. And Nintendo has done a great job of reintroducing classic games with a new coat of paint, such as Mario Kart 8 Deluxe, Captain Toad, and Link’s Awakening. And of course, in classic Nintendo fashion, there’ve been attempts in strange and interesting new directions with games like 1-2-Switch, Arms, Labo, and Ring Fit Adventure.

With Animal Crossing just on the horizon, (I’m sorry.) that leaves only a handful of classic Nintendo franchises like Metroid, Star Fox, Pikmin, and F-Zero that haven’t made their way to the Switch in some way. We know Metroid Prime 4 is a bit further down the road thanks to a major change in development, and there have been rumors of the other three series coming to the console in some shape or form pretty much since launch. Coupled with the knowledge that the follow-up to Breath of the Wild has already been announced, the first thousand days of the Switch have been remarkable from a first-party standpoint.

As far as third-party support goes, Nintendo has definitely alleviated the drought that was found on the Wii U, although there are still lingering questions that we’ll touch on later. The fact that the Switch is able to run slightly compromised, yet fully playable versions of great games like The Witcher 3, Doom, Mortal Kombat 11, Dark Souls: Remastered, and Wolfenstein is impressive to say the least. But more important than this is the incredible array of indie games that seems to show no sign of slowing down. Right from the get-go, indies were a focal point in Nintendo Directs, and they often receive prominent placement in the eShop. Having hardware that enables the ease of development found on smartphones helps, but as a Time report from last year surmised, “a growing number of independent developers, both nascent and experienced, (are) finding themselves drawn to the Switch not only as a development platform but as a chance to embed themselves into the fabric of the company’s storied history.”

Sadly, it’s not all sunshine and rainbows across the Mushroom Kingdom. When it comes to pretty much any nuanced online interactions, Nintendo is woefully behind its competition. Whether it’s chat, parties, Achievements/Trophies, adding Friends, watching other people play games, or streaming your own games, everything feels a generation or two removed from where the rest of gaming is. I feel like this is most disappointing when it comes to how Nintendo is embracing its own illustrious history.

Having the dozens of NES and SNES games available at an affordable price of $20/year is a fantastic deal. That said, it pales in comparison to what even Nintendo itself has managed to do in the past. When the Wii launched in November 2006, Virtual Console consisted of a handful of early NES games, F-Zero and SimCity for the SNES, and the lone Nintendo 64 offering of Super Mario 64. But over the course of the next three years, the library grew to nearly 100 NES games, 50 SNES games, and a few dozen N64 games including Majora’s Mask, Star Fox 64, and Pokemon Snap. That’s not even including the dozens of games from other platforms like the TurboGrafx-16, Sega Genesis, and Neo Geo.

Jumping forward to the Wii U, its Virtual Console library was significantly smaller than that of the Wii, but it made up for that lack of quantity in quality. Nintendo acknowledged that EarthBound actually exists outside of the Smash series with the release of the beloved SNES game in July 2013 and previously unreleased (internationally) EarthBound Beginnings in June 2015. Besides that, we were also treated with a solid selection of Game Boy Advance and Nintendo DS games, all within the first three years of the Wii U’s short life.

So the fact that we’re at this point with the Switch and we only have access to a few dozen NES and SNES games, with tons of high-profile titles missing from even those libraries, is disappointing to say the least. There’s no consistency to when Nintendo adds new games to the services, with the recent batch certainly not containing the games most fans might be hoping for, and no roadmap for the possibility of additional consoles being added going forward.

On that same line of thought, Nintendo’s communication regarding major questions remains a giant misstep. For example, the recent Animal Crossing Nintendo Direct was, for the most part, a wonderful look at an upcoming game I’m super excited for — except for the fact that Nintendo’s messaging on whether or not you can transfer your save from one unit to another was absolutely muddled. This issue is magnified when you consider how of all the current consoles, the Switch is the one you’re most likely to own multiples of, especially with the Switch Lite out and a rumored Pro somewhere in the future. That leads us into our final topic.

I’ve owned every single Nintendo console and handheld since the NES launched in the ‘80s, but I still feel like the company is largely a mystery to me. When the rest of the industry zigs, they’re perfectly fine zagging, which is simultaneously why we love them and why they’re the source of our lingering night terrors.

Despite the Switch having a fantastic first three years, it’s at an incredibly pivotal point not only in its own life, but in video game history as a whole. As I mentioned before, a lot of the focus in 2020 is going to be on stuff the PlayStation 5 and Xbox Series X can do that is simply beyond the capabilities of the current models of the Switch. This makes me question how much longer Nintendo will be able to port over modern third-party games before they’re simply too complex to run on the hardware. Will Nintendo release a “Switch Pro,” and if so, how will it divide the current market?

A lot of the negatives I highlighted throughout the piece are solvable problems. Nintendo is fully capable of taking a huge step towards the present when it comes to its online infrastructure. And given how it’s already made a large swath of its library available in the past, there’s nothing stopping it from happening again. But whether they decide to zig or zag is a question only they know the answer to. Oh, also, when’s Mother 3 coming out? Reggie Fils-Aimé might have retired, but that dream never will.