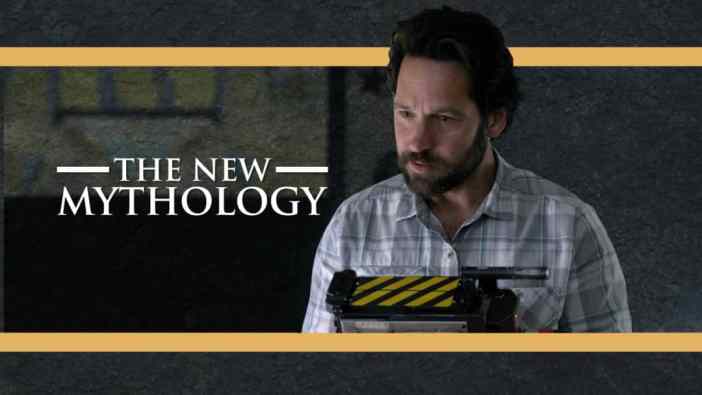 Recently, fans were treated to the first trailer for Ghostbusters: Afterlife, the decades-long-awaited sequel to 1989’s Ghostbusters II. Directed by Jason Reitman, son of the original film’s director Ivan, the trailer seems to provide a lot of what fans have been clamoring for — and a lot of what the Paul Feig reboot from a few years ago ostensibly lacked. Rather than starting from scratch, this trailer features original props from the old movies, archival quotes and footage from the original Ghostbusters, and a glorious return for the 1959 Cadillac ambulance better known as Ecto-1. Taking the references a step deeper, they even gave the tailfinned gas hog a gunner seat, which is a feature not present in the original movies — but the tie-in toys absolutely did.

In the couple of minutes we see of the trailer, it appears that this new production takes all the complaints OG Ghostbusters fans had about the 2016 reboot and ran screaming in the opposite direction, going down the list in an effort to give those fans exactly what they said they’ve wanted out of a new installment.

So far (and I’ll admit this is a very preliminary assessment) something about this new trailer feels particularly… hollow. It looks very competent, of course, and reverent towards the source material, (Finding Ecto-1 stashed in a garage for my very own would satisfy like half of all my childhood daydreams.) but it’s missing something. The secret sauce, the extra dash of MSG for flavor when nobody’s looking, the children’s cough syrup in the Flaming Moe. And I think I know what that secret ingredient is: Dan Aykroyd’s insanity.

A refresher: The original Ghostbusters follows the adventures of four failed academics fighting the paranormal in blatant violation of EPA guidelines, running an unlicensed nuclear reactor in the basement of an abandoned fire station. Ultimately, malevolent beings from another plane of existence burst through the veil of our reality, assuming the form of a marshmallow company mascot, and our heroes are able to defeat it in the nick of time. Surprisingly, based on that description, this movie is a comedy and not some kind of trippy offshoot of Hellraiser.

Dan Aykroyd began writing the movie in 1984, based on his own fascination with the paranormal. He grew up in a family with a history of spiritualism — an offshoot religious movement built around the idea of speaking with the spirits of the dead through things like seances. His dad wrote the book on the subject — literally, though copies don’t come cheap if you’re looking for one for the Ghostbusters completionist in your life.

Deciding that modern science would be able to step up the game compared to those old candles-and-handholding practices, he wrote an epic script where heroes in SWAT-style armor battled all through space and time against evil spirits, one that would incorporate all his research and theories. The end result was, predictably, prohibitively expensive and unfilmable. Ivan Reitman and Harold Ramis entered to help scale back Aykroyd’s ambitions, and we eventually ended up with a movie that is truly funny but is also deeply, deeply weird and occasionally too scary for the younger folks who would enjoy this movie the most.

I’m not just talking about the dream sequence where Aykroyd gets a BJ from an old-timey ghost, either. This is a movie featuring living gargoyles, mucous-spewing dead librarians, and a red-eyed androgynous hellbeast wearing the same flesh-toned catsuit that Britney Spears rocks in the music video for “Toxic.” This is the movie where Sigourney Weaver gets grabbed by arms shooting out of her furniture and pulled into another dimension via her refrigerator. Later in the franchise, a painting comes to life and demands an infant be sacrificed so that he may live again, and the only way to save him is to hose down the Statue of Liberty with ectoplasm to fill the city with good vibes.

The thing that makes Ghostbusters special is that, on at least some level, it was written by someone who believes a lot of these things are possible to some degree or another. Midway through Ghostbusters, when Venkman encounters a possessed Sigourney Weaver, the way he carefully placates her was the actual advice at the time for handling a possessed individual. Words like “ectoplasm” entered popular usage through the movie but already existed in paranormalist circles. Aykroyd has suspected that his house was haunted by the ghost of Mama Cass, and while we all have friends who’ve claimed to have lived in a haunted house, we don’t usually know the ghost’s name.

This isn’t something he’s ever disavowed, either — if you wanna see what he’s been up to more recently, watch his launch video for his artisanal brand of crystal skull vodka:

That’s like six minutes of exploration of the mythology of crystal skulls and like two minutes of handwaving about “Yeah, but either way, the bottle looks cool, right, guys?”

When the franchise was rebooted a few years ago, a lot of the online criticism of the movie zeroed in on Paul Feig’s choice of an all-female cast, which (to some) felt like forced diversity. More likely, though, is that what was really missing from the reboot was a few loose screws. Feig and company are all very competent and have produced some of the best comedic work of the last decade, but their competence is uniformly of the safely sane variety.

Similarly, the first trailer for this rebooted Ghostbusters seems slick, competently executed, and in no way balls-out insane. If this movie ends up landing on audiences with the same thud as the last attempted reboot (or to a lesser extent — let’s face it — Ghostbusters II), it might be time to face the truth: The rest of us just aren’t nuts enough to make a Ghostbusters movie. The answer to the long-asked question “Who ya gonna call?” may, in fact, be “a true believer in the paranormal.”